Anyone who lives near what's called the Ring of Fire is aware of "the big one" coming. Earthquakes are some of the most devastating natural disasters to occur in a short span of time. And while scientists have been able to develop an early warning system, it can only give people a moment's notice to take shelter — but every second counts. One such app that has recently come out is QuakeAlertUSA from Early Warning Labs.

The company, which is focused on vending quake warning distribution cloud servers, previously co-developed the ShakeAlertLA app on behalf of the City of Los Angeles and had a geo-limited iteration of QuakeAlert before it came out with this refresh.

While most anyone can download QuakeAlertUSA, the app will only deliver push alerts to users in California. Mind you, the state has a population of 40 million people and the world's fifth-largest economy if it were its own country, but baby steps, we suppose.

Interface-wise, the main screen features a chronology of all earthquakes from around the world. Flipping over to the My Quakes tab will prioritize the most recent quakes from within a certain radius from your location. The app does have a few functional bugs at the moment, one of them being that it does not ask to access your Android 10 device's location at all times (kinda important for a disaster that features an epicenter), but we expect that to get fixed in short course.

By default, the app pushes quake alerts when the USGS expects shaking in your area with a magnitude of MMI3 or above. You can further increase that threshold to MMI4 or MMI5 in the settings. ShakeAlert is billed to give users up to 60 seconds of advance warning.

You can run quake simulations in the app to get an idea of what a warning will sound like. Announcements are based on the level of shaking expected (i.e., moderate, strong, very strong, severe, violent, extreme).

We'd expect the four other Pacific-abutting states — Alaska, Hawaii, Oregon, and Washington — to get alerts enabled soon. In the meantime, whether you're living in Chico or Calabasas, you can check out the app on the Play Store or at APK Mirror. If you happen to be an iOS user, it's available from the App Store. 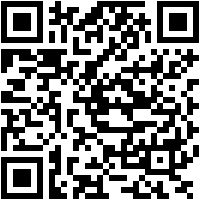 TWRP arrives on the ROG Phone 2, Redmi Note 8 Pro, and other phones