Google offers an extensive software suite virtually free of charge, but that doesn't mean the company isn't making any profit when you use Android and its pre-installed apps. In part thanks to tracking your activity, Google can paint a pretty complete picture of your life that helps marketers target their ads towards you. Some third-party apps also leech on your personal data for similar reasons. If you'd rather keep as much as possible to yourself, there are a few things you can do without switching to another OS, but beware that turning off some of Google's tracking mechanisms comes with disadvantages.

In my opinion, not all tracking is bad, per se, but we should always pause and consider what we really gain from it. For example, you might see no value in sharing your location history with Google constantly, but you might still be interested in being able to find and/or wipe your device remotely if it's stolen or lost — that's why I would advocate not to turn off Google's Find my Device feature. 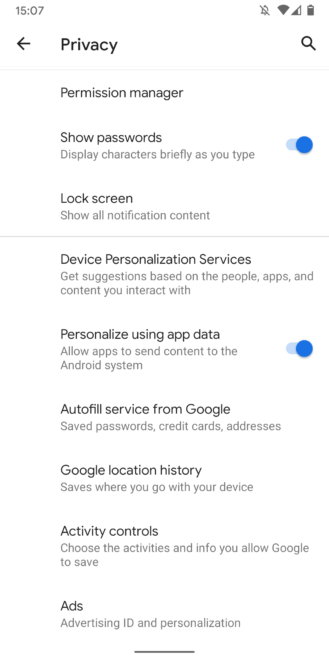 Should you be one of the lucky few who have received Android 10 already, you can head to Settings -> Privacy to tweak which personal data you're sharing with Google. You'll find everything this article talks about in there. For everyone else, these settings are scattered all over Android, but fret not: we're here to help you find them all, and we will also share which advantages and disadvantages come with tweaking them.

You may know that Google stores a history of all the places you've visited by default, accessible via Google Maps -> Your Timeline. While Google says it protects this data and doesn't share it with third parties, you might still be uncomfortable knowing the company has a complete track record of your every step (while carrying your phone). It's possible to turn off this location tracking altogether, but to do so thoroughly, you need to flip quite a few switches. That's why we've published a whole other article on the issue. Check it out here. 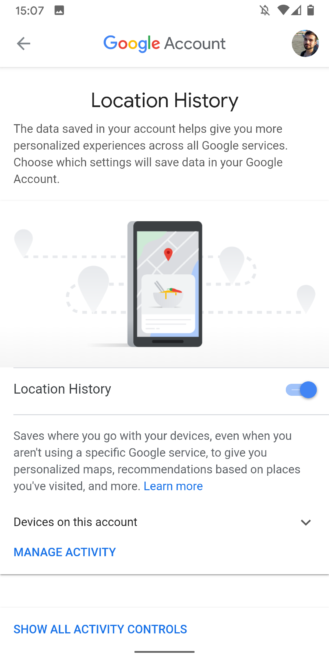 Keep in mind that turning off Location History comes with some minor disadvantages: Your timeline in Google Maps won't update anymore, your Google Assistant will lose some capabilities, and your automatic commuting notifications will stop appearing.

Android 10 only: Prevent apps from tracking your location in the background

Android 10 improves some of Android's notoriously bad privacy practices of old, as you can finally prevent both third-party and first-party apps from polling your location in the background, limiting their location access to only while in use. 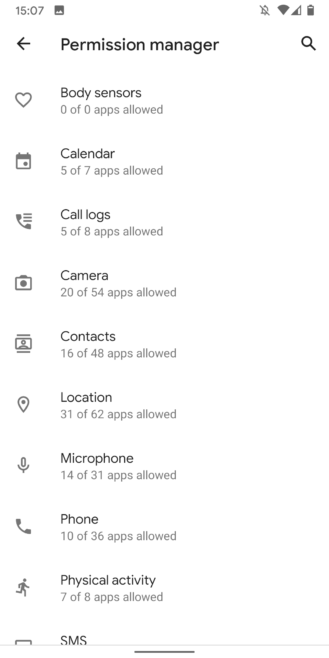 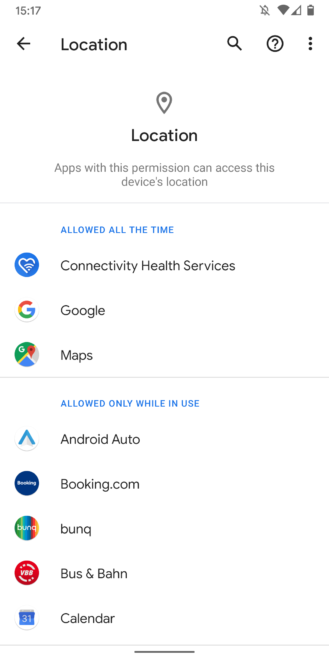 Head to Settings -> apps & notifications -> Permissions manager -> Location. There, you'll find a list of all apps installed on your phone. You can individually set limits for each by choosing a tier: Allowed all the time, allowed only while in use, or denied. I keep most of my apps on the medium setting, as many of them offer added benefits when they have access to my location, especially navigation apps.

On older Android versions, you'll have to choose between always allowing and always forbidding location access. You should carefully assess which apps you trust and check what you really gain from sharing your location with an application. In a hotel booking app, for example, you probably won't search for accommodations in your current vicinity and most likely won't need to give it access to your location. In other apps where you can manually set a location, like weather forecast apps or restaurant and food delivery apps, you can get the same functionality with only that minor inconvenience.

If you root your phone, you can also use Tasker to achieve a granular behavior similar to Android 10's only while in use permission.

Opt out of Google's personalizations

In there, you can turn off Web & App Activity, but note that Google results might become less accurate when you do this. You'll also stop Google from collecting data on your Google Assistant usage which severely limits its usefulness. For example, the Assistant won't respond to personal queries like "What's on my calendar?" or "Read my messages" on any device, including Home speakers — Google sure wants you to supply your data to continue using the Assistant. If you're adamant about protecting your privacy, you should probably stop using Google Home speakers and the Assistant altogether anyway. 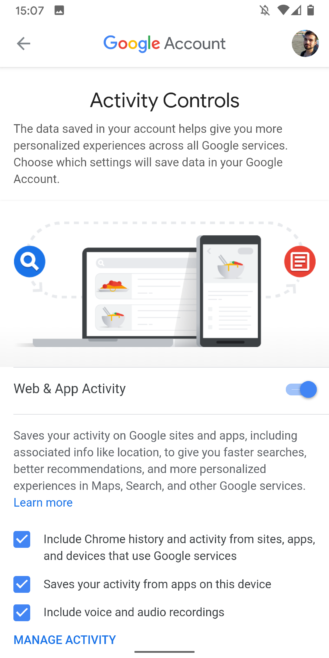 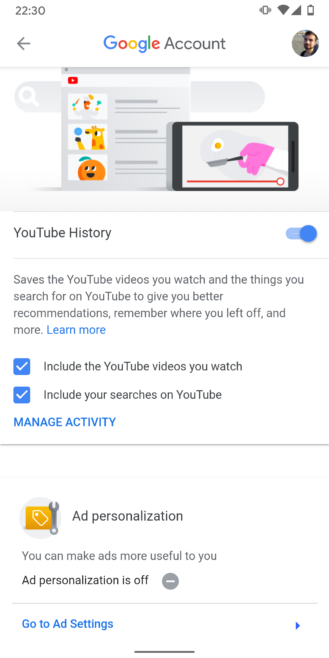 You can proceed by turning off YouTube History and, more importantly, Ad personalization. When you do that, Google will stop pushing personalized advertisements to you and will instead show you more generic, less relevant content. According to Google, it will solely be based on "general factors, like the subject of what you're looking at, the time of day, or your general location."

You'll also need to head to myactivity.google.com to delete previously stored information. On that website, open the hamburger menu by tapping the three bars in the top left corner and choose "Delete activity by." Then you can select which activity you'd like to remove.

On Android 10, all of these settings have been moved to one location, easily accessible in Settings -> Privacy. While you're there, be sure to turn off the following, too:

Use a browser other than Chrome 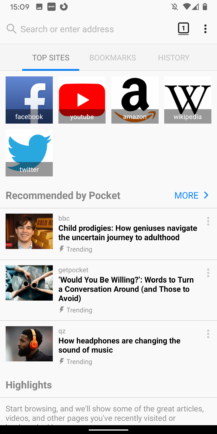 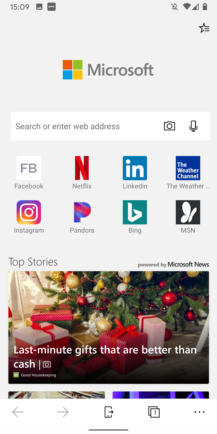 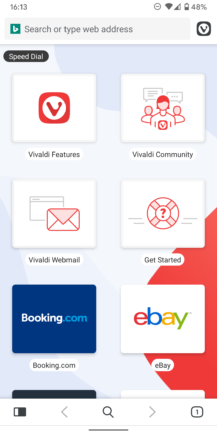 If you're concerned about Google Chrome's tracking mechanisms, consider switching to another browser that keeps your privacy intact. I'd argue Firefox (especially the all-new preview version) and Firefox Focus are the best choices since they rely on a browser engine not created by Google. Many other third-party browsers use Google Chrome's rendering engine, which is not good for the health of the web. If you're not satisfied with Firefox, though, you might still want to try Microsoft Edge, Samsung Internet, or Vivaldi.

You can make any of these your default browser by choosing "Always open with this app" when you tap a link in another application.

... or at least make Chrome less hungry for your data

If you'd like to stay on Chrome instead, there are still things you can do to enhance your privacy. Head to the browser's settings (three-dot menu -> Settings -> Search engine) and change the search engine to another provider — among the ones listed, DuckDuckGo.com is your best option concerning privacy. Its results often aren't as spot on as Google's, though — there's a reason why the company is still king of search.

Another thing you can do in Settings is sign out of your Google account and turn off sync, though naturally, you'll lose out on cross-platform synchronization that way. Disabling Google's native password tool and switching to a third-party password manager (find our selection here) will increase not only your privacy, but also your security. Additionally, consider deactivating Google's payment methods and address autofill options.

To find more advanced options, scroll down in Chrome's settings. Under Privacy, turn off Access payment methods and preload pages for faster browsing and searching. You can also remove your Chrome activity from Digital Wellbeing and turn on "Do Not Track," though the latter is a little misleading: That just sends out a plea to websites telling them you don't want to be tracked, but nothing forces the operators to comply.

In Site settings, tap Cookies and enable Block third-party cookies. That way, you can stop some third-party tracking cookies from websites you've never even opened from following you around the web. Some features like automatic sign-ins to the comment platform Disqus on Android Police and other sites could break along the way, though — you'll have to manually allow Disqus cookies to make comments function seamlessly again.

You should also turn off Light Mode. While it does save some of your precious mobile data, it achieves that by sending unencrypted HTTP website queries through Google's servers (encrypted HTTPS websites aren't affected by Light Mode in the first place).

Contrary to popular belief, any browser's incognito or private mode only goes so far when you want to stay low-profile online. Your ISP and your public Wi-Fi provider might still be able to see which websites you visit. The same is true for some ad trackers that rely on a unique combination of your hardware, software, and IP address rather than cookies to track you across both incognito and regular mode. If you truly want to stay anonymous, consider trying the Firefox-based Tor Browser. It routes your queries through a bunch of servers to obscure your online movements.

To turn off backups to Google's servers, head to Settings -> System -> Backup. There, you can toggle off Back up to Google Drive. 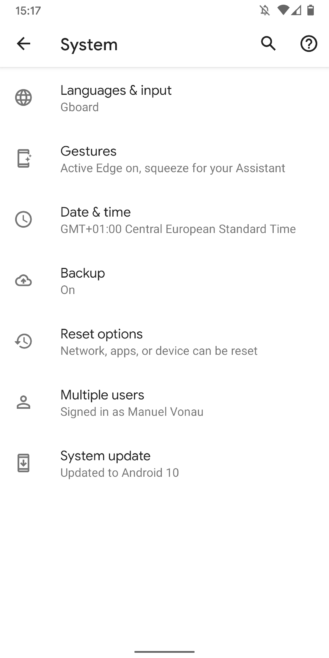 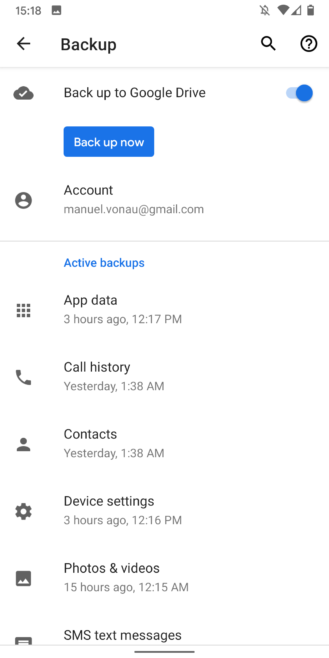 Keep in mind that none of your precious data will be automatically restored when you lose or break your phone when you do this. You'll have to back up your contacts or ask friends and family for their phone numbers, you'll need to manually sign back into apps you've used on your old phone, you'll lose custom device settings including Wi-Fi passwords, and your photos and videos won't be backed up. Assess carefully whether having some peace of mind regarding this data is worth a privacy tradeoff or not.

Also consider switching to a privately hosted server using ownCloud or similar open source solutions to sync your files and backup your data.

Other than these kill switches, there are some smaller things you can do to share less data with Google and third-party apps on your phone:

One surefire way to avoid being tracked by Google altogether is installing a custom ROM without any Google apps on it. Despite Android's open source nature, that's difficult to pull off as our own Myriam Joire had to find out. Many apps rely on Google Play Services, which provide essentials like push notifications and location data. What you can do is use a ROM with microG, an open-source replacement for many functions provided by Play Services.

However, just because custom ROMs are open source doesn't mean that someone went looking for malicious code in the source. You should stay away from obscure forks and you should absolutely preface any custom ROM installation with a ton of research. Google promises not to sell your data to third parties and would face severe consequences if it did because so many people, businesses, and governments rely on its services. An individual ROM developer distributing free software to a few people would be much harder to keep in check.

All in all, it's challenging to shut off tracking altogether in this day and age. If you're really paranoid, you probably shouldn't be using a smartphone in the first place. However, even when you want to profit from all the advantages internet-connected technology has brought us, you can make some choices to become a less transparent person on the internet, and that's at least something.

Shadowgun War Games could be mobile's answer to Overwatch, and it's coming to Android Feb. 12 ...