The update includes a title called "Modern Combat Rebel Guns" by Gameloft that has been previously included as bloat on some Motorola phones. Notably, the game can't be downloaded via the Play Store, it's apparently exclusively available via the Gameloft store. It can be uninstalled, but it will return on a factory reset. 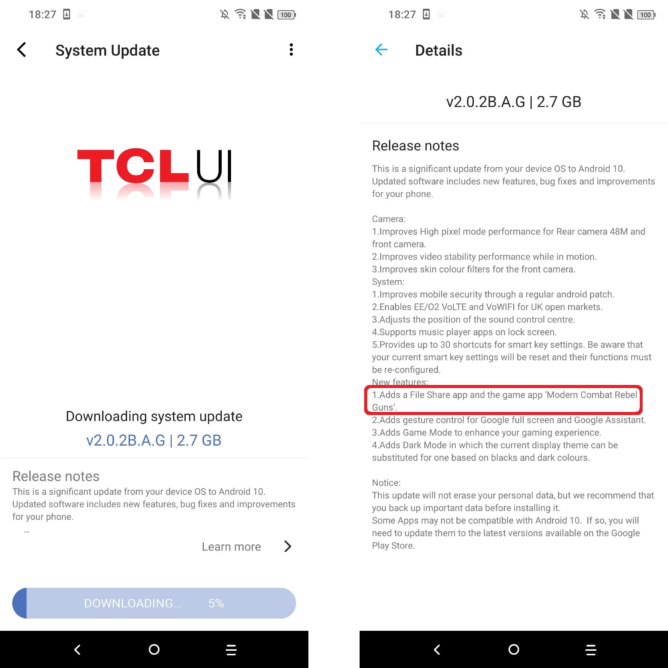 Other improvements in the Android 10 update include faster and smoother camera performance (including better video stability), a game mode (that will presumably come in handy with your new built-in game), 30 shortcuts for the smart key, a new File Share app, and VoLTE/VoWiFi for EE/O2 in the UK.

The bloat-bundled update clocks in at 2.7GB, so TCL Plex owners will want to be on Wi-Fi before they pull it down.