Google has been working on a bottom bar interface for Chrome for what feels like forever and keeps changing the layout. Initially, the browser had its complete app bar moved to the bottom, while recent implementation left the bare address bar up top and put all buttons (new tab/tab switcher, home, share, overflow menu) in the new location. The latest iteration of the design, accessible on Chrome Beta and Dev, reduces the number of shortcuts on the bottom from five to three, and people aren't happy about it.

The problem with this implementation for many is that it ends up making you choose between the tab switcher and the share button — both features that you probably use often and are happy to have instantly accessible. When you head to Duet's flag, chrome://flags/#enable-chrome-duet (copy and paste this to a new tab), you get to choose from three variations of the three-button layout: Home, Search, Tab Switcher; Home, Search, Share; New Tab, Search, Share. An option to put both the share shortcut and the tab switcher on the bottom is missing. The situation on Chrome Dev is similar, though the entries in the flag are labeled differently. 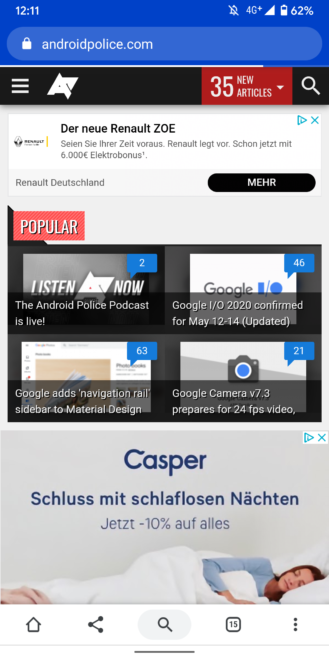 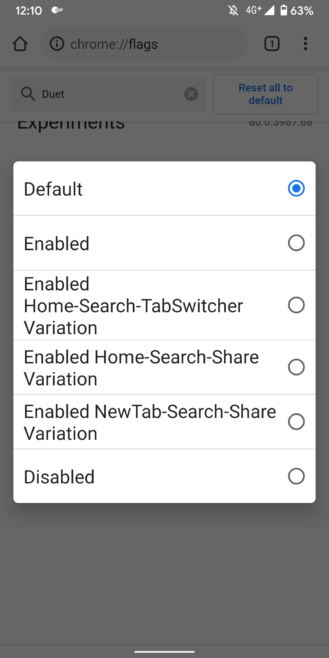 You'll still be able to switch between adjacent tabs by swiping over the bottom or top bar regardless of which layout you choose, but when you have Android 10's navigation gestures enabled, that's just asking for trouble. It's easy to accidentally jump between apps instead of tabs when you swipe over the bottom bar.

The redesign also moves some buttons back into the top bar next to the address field. The three-dot overflow menu is always up there now, and home access and the tab switcher will show up next to it depending on which layout you choose. 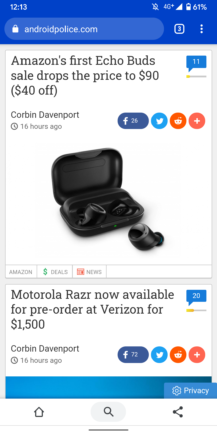 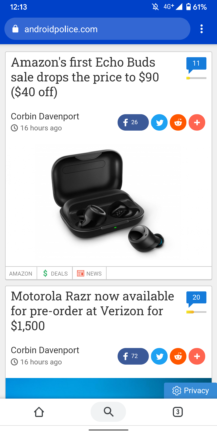 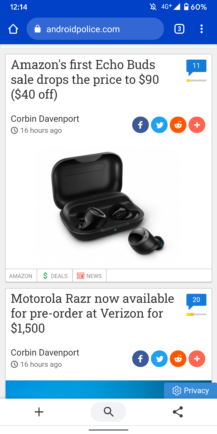 The three new variations. Note the changes on the top bar, adjusting to which buttons are on the bottom.

In my opinion, this design combines the worst of both worlds. Google hopefully considers adding arrangements that include both the tab switcher and the share option. I barely ever use the home button, so for me, that space would be wasted, and the new tab shortcut is less ubiquitous than tab switcher access. It's also odd that Google reduces the number of bottom tab icons to three in the first place, because you can find four or more on many other apps, including Search, Keep, and Photos.

For now, the change is only live in Chrome Beta, Dev, and Canary, but it will probably only be a matter of time until it makes its way into the stable release (where you currently need to activate the Duet flag to use the bottom bar, too). If you'd like to get the hang of the new layout, download one of the pre-release versions, also available on APK Mirror (Beta, Dev).