The camera remains one of the top selling points for Pixel phones, so it's only natural that updates to Google's Camera app are going to be worthy of a close eye. The latest version bump brings some changes that will save you from ruining a video when new notifications would pop up and tweaks the UI in a subtle way. Diving deeper with a teardown, we get to see that 24 fps recording is on the horizon along with some of the codenames for upcoming devices, most likely the Pixel 4a lineup. 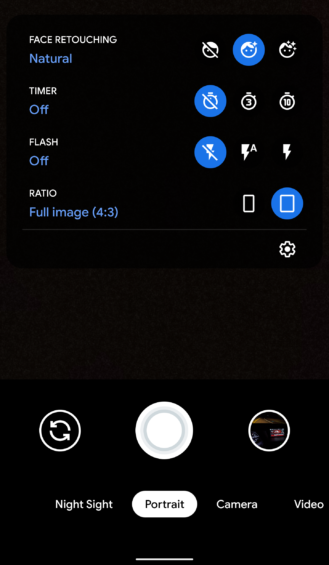 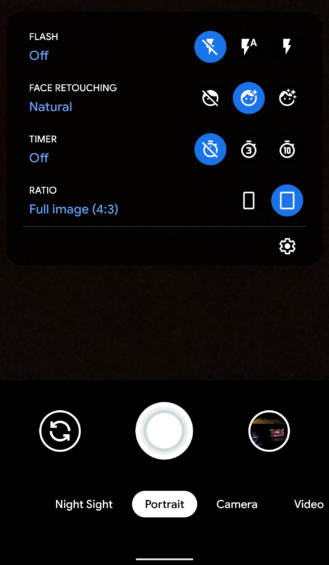 Most people probably won't notice or care about this change, but for those that have established a reflex, there's a change that might throw you off a little bit. The settings panels for Portrait and Camera mode have been rearranged. In both screens, the Flash setting has been pushed up to the top of the list. All other settings retain their original order and there aren't any new settings, so this is basically just a small amount of housekeeping. 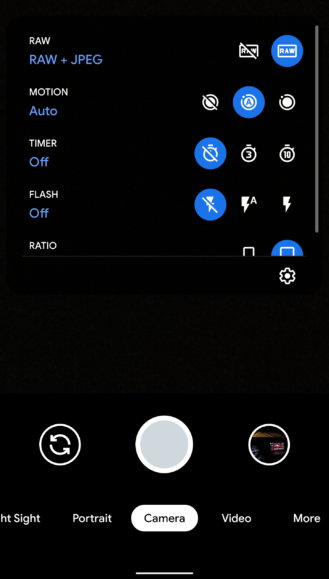 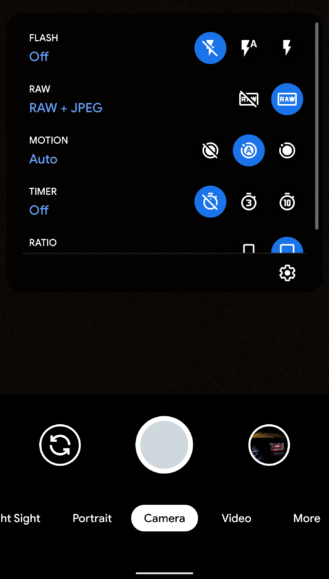 Notifications can be frustrating at any time, but they will absolutely ruin a great moment if they pop up while you're recording a video. The Camera app now has the ability to temporarily enable Do Not Disturb mode while it's recording video.

For many users, this will be enabled automatically with the app updated, and it will just start working right away. However, if the Camera app doesn't have permission to control Do Not Disturb mode, you'll find an option in the Settings screen that leads to the appropriate system settings screen for granting the DND permission. If you would like to revoke this permission, just open settings and search for "do not disturb access," or navigate through Apps & notifications -> Special app access -> Do Not Disturb access.

Naturally, this will follow your Do Not Disturb settings, so you can configure the phone to still allow phone calls, messages, or other notifications as desired.

Every app update is likely to come with at least a few bug fixes, but it's not always easy to spot some of them. Redditor WildBill02 reported that the latest update appears to fix an obnoxious bug that caused the app to hang for several seconds after starting a video recording (after having already recorded a video). I haven't personally witnessed the bug, so I can't confirm that it's fixed, but hopefully this resolves the issue for anybody else that has experienced it.

To some people, it seems obvious that all video should be shot in the highest frame rate possible, which has lead to numerous conversations about the lack of 60 fps support with higher resolutions on the Pixel 3 and Pixel 4. 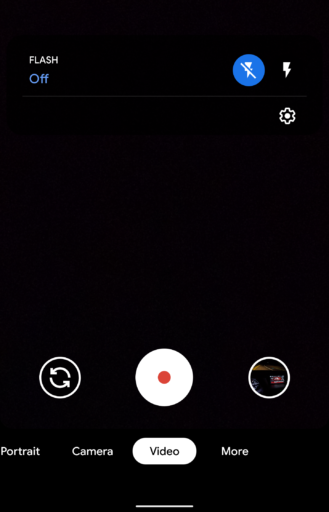 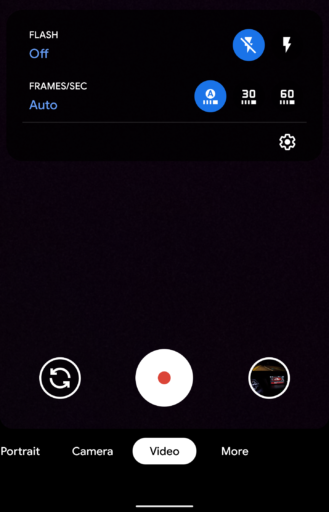 However, if you ask many filmmakers and vloggers, they'll tell you that they actually prefer 24 fps. Why? There are many answers to this, some practical like cost and workflow, while others chalk it up to a simple aesthetic assessment that it "looks better." Whatever the reasons, everybody agrees that we're used to it after decades of conditioning from movies and TV, and anything else looks weird to our eyes.

Strangely, the Google Camera also excludes 24 fps as an option, even though it is less demanding. For those that want the traditional frame rate, it's necessary to download third-party camera apps like FiLMiC Pro or Cinema FV-5. But that situation may be changing soon. New text in the Google Camera app indicates that 24 fps may soon become an option.

The new text is simple, but it leaves no room for doubt that this should become an option for 24 fps video recording. I'm not entirely sure why it wasn't enabled right away, but it's possible this update is intended to make the option available for testers before rolling it out widely to everybody.

Of course, Google's Camera app generally seems to be developed with the intent to keep things simple for users; which begs the question whether too many options are a good thing, especially when there may be more implications to the setting than they understand.

Codenames for upcoming Pixel devices are not terribly well kept secrets — and really, there's no reason they should be. A codename confirms that a device is in development or testing, but rarely reveals much else about the device. Nevertheless, the Camera app is often one of the common places where names crop up.

In the latest update, the "needlefish" name is popping back up after first appearing in AOSP early last year. The reference was added to a list of whitelisted devices for which the Camera app is intended to be compatible. This name was briefly theorized to be a third flagship Pixel 4 device, or one of the upcoming Pixel 4a codenames. Some have even raised the possibility that it may not even be a phone, but a different device category altogether. Without something a little more concrete, the only thing I feel confident in saying is that needlefish has a camera.

Of some note, this list also dropped the marlin and sailfish codenames that belonged to the original Pixel and Pixel XL. Since these devices are no longer officially supported in the form of system updates, I suppose this isn't technically surprising, but it's not clear yet if this means they may stop receiving updates to the Camera app.

Skimming through decompiled code also turns up two additional codenames that don't belong to any existing Pixel devices: Sunfish and Bramble. It's natural to assume these will be codenames for the Pixel 4a and 4a XL, but there's nothing else to speculate on at this time.