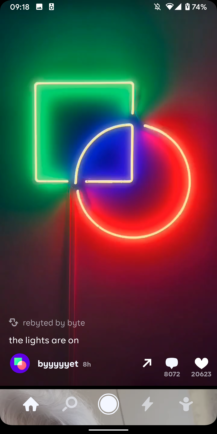 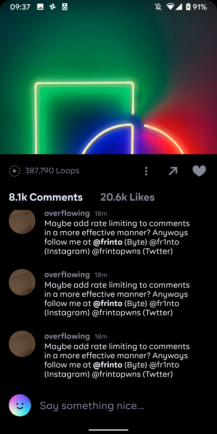 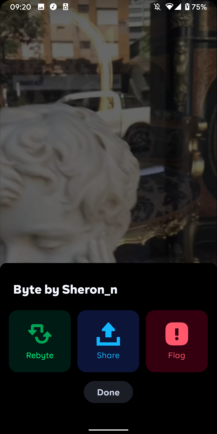 Unsurprisingly, Byte feels like a modern reincarnation of almost everything that made Vine unique. Once you sign up with your Google account (the only option on Android phones) and choose a user name, you're all set to dive into the weird world of a young, still mostly unpopulated social network. You're thrown into a vertically scrolling stream of popular, full-screen six-second video content playing in loops, complete with comments and like counts. 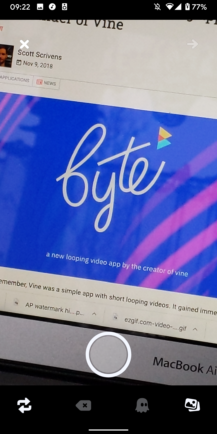 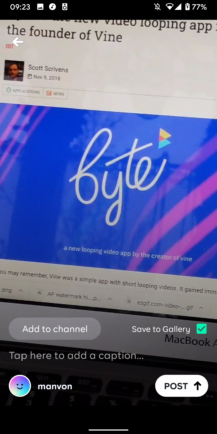 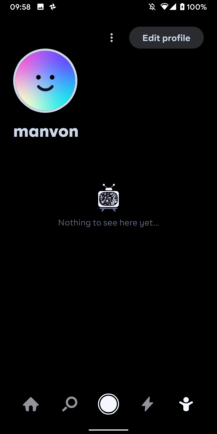 Much like Instagram, the bottom bar invites you to explore categories and search for specific terms and creators. It also offers shortcuts to your profile, your activity, and the camera. The latter is still extremely barebones compared to other social networks. You can hold the shutter button to start recording, which you can do multiple times within the six-second limit to create cuts. There's also an option to overlay a ghosting effect. Apart from a front camera switcher, that's it — no fun filters to be seen anywhere. That could be refreshing or daunting, depending on how you use other platforms.

today we’re bringing back 6-second looping videos and a new community for people who love them.

it’s called byte and it’s both familiar and new. we hope it’ll resonate with people who feel something’s been missing. https://t.co/g5qOIdM8qG

The app is ad-free for now, though it'll need some form of monetization in the future, especially since the developer plans a pilot version of a partner program for the most popular Byte members that will allow them to earn money.

With competitors like TikTok and Instagram, Byte will face an uphill battle going forward. Unlike Vine, the new network hasn't been launched into a vacuum, and many people looking for fun, short content on their phones are already on TikTok. However, with that platform currently under investigation by the US government over security and censorship concerns, Byte might have been published at the best possible moment to jumpstart adoption. The upcoming monetization for popular creators might also help grow the network. 15 new and notable Android apps from the last three weeks including GesturePlus, Microsoft ...