Pocket Casts had a full year of controversy in 2019, first releasing a massively divisive material redesign, then following it up a few months later by going freemium. After the dust settled, the app started making slow improvements, introducing easier ways to check show notes and edit your playlist queue, and now releasing a total redesign of the Discover tab.

The shiny new Discover section's biggest new feature is the Guest List; popular podcasts and podcasters will have their own curated recommendations of podcasts they're obsessed with. This should make it much easier to find new podcasts that not only are relevant to your interests, but also have the stamp of approval from someone who's opinion you already trust. 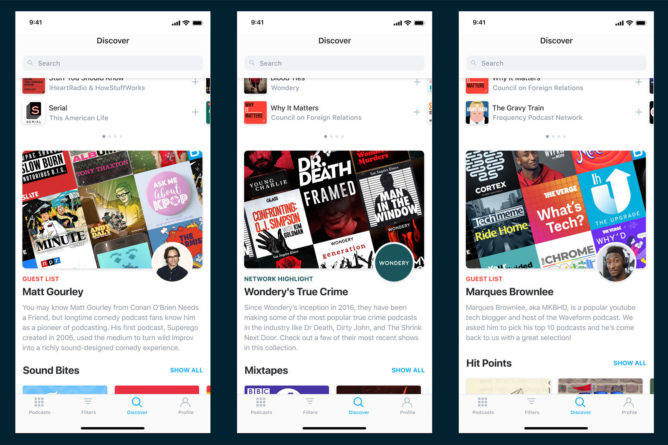 App updates are reportedly rolling out today, but the podcaster curation won't go live until February. If you've never tried Pocket Casts before, that gives you a good week or two to check out the app and its desktop version.

We didn't have to wait long for that update to land, with the app's Play Store listing now advertising the arrival of Pocket Casts v7.7, complete with this new Discover section. Of course we knew that all the functionality wouldn't be available right out of the gate, and the developer confirms that podcast curation is right now "a little bit of a tease because you won't immediately get new ones but when you do we think you'll like them."