Assistant-powered smart displays got a little bit smarter recently, as Google has just announced a brand new media view for its Nest Hub displays. In our testing, the feature is also live for at least some other non-Nest smart displays already, bringing you a clear view of which devices in which rooms are playing media, plus granular speaker controls, a global pause button, and fully remote media control. 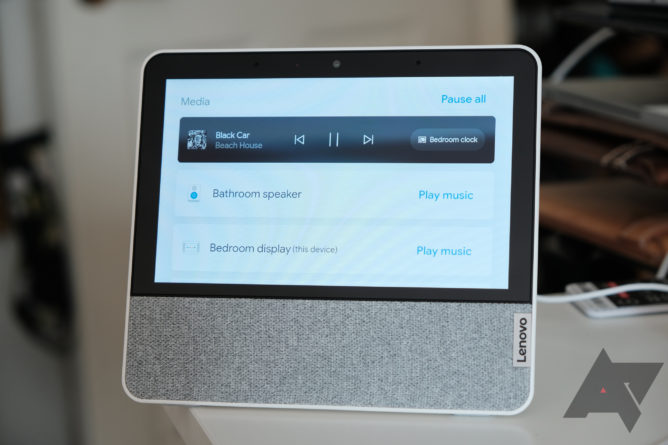 The updated controls live in the single-swipe-down menu that google calls the Home View, inside the "Media" sub-menu. This new Media View offers you quick controls for all your speakers, smart displays, and speaker groups, for both initiating media playback and controlling it while it's in progress. By default, tapping "Play music" for a given device simply plays varied music from your primary linked music service's library. At the top right, you get a convenient "Pause all" shortcut for killing music anywhere in your home.

If you tap the left side of a given device's media card in this view while it's playing media, you're offered the same full-screen controls for the service that you'd get as if it were playing on this device. Tapping the Cast icon and device name on the right opens a different set of controls allowing you to redirect the stream to a new device, stop it entirely, and set the volume. (Google claims it sets a "threshold" that sounds like it should be a limit, but I was easily able to override the setting on the playback devices themselves in my testing.) 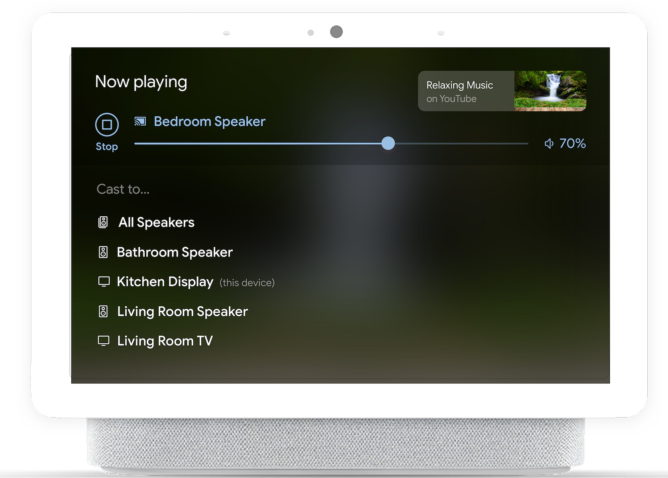 We don't know precisely when they rolled out, but the newly announced media controls are live for almost all Assistant-powered smart displays already, including Lenovo's recent 7" Smart Display and last year's 10" model. Google also explicitly says they're available on Nest displays.

The hardest part of having an Assistant-powered speaker or smart display is just knowing what it can and can't do. Between the lack of official documentation and all the third-party plugins out there, you just sort of have to stumble through command combinations hoping whatever you ask it is A Thing, but these updated visual controls don't suffer the same problems with discovery. Now we just need Netflix to allow smart displays as cast targets.