Google has apparently taken the criticism regarding last week's favicon changes to heart, promising to "experiment" with different layouts that offend our collective sensibilities just a little less. Even now, the company has apparently rolled back the favicon change for at least some of us as it mulls over how to better implement the change.

The primary complaints against the added favicons in results for Google Search for desktop (outside their simple ugliness) were the fact that the new favicons could be indirectly misleading. The new icons allowed content previously labeled as an advertisement to more easily blend in on desktop results since they took the same position and looked pretty similar to the small "AD" disclosure that appeared on some results.

There's something strange about the recent design change to google search results, favicons and extra header text: they all look like ads, which is perhaps the point? pic.twitter.com/TlIvegRct1

Following the last week or so of criticism, Google has now decided to re-examine its efforts, rolling back the favicon change for at least some of us in the meantime. The company will be "experimenting" with new tests for displaying favicons in search results over the coming weeks.

We're dedicated to improving the desktop experience for Search, and as part of our efforts we rolled out a new design last week, mirroring the design that we've had for many months on mobile. The Design has been well received by users on mobile screens, as it helps people more quickly see where information is coming from and they can see a prominent bolded ad label at the top. Web publishers have also told us they like having their brand iconography on the search results page. While early tests for desktop were positive, we are always incorporating feedback from our users. We are experimenting with a change to the current desktop favicons, and will continue to iterate on the design over time.

Though the company is already a bit defensive and dismissive of criticism in its statement — claiming it's no different than what it did on Search for mobile, and implying no one was upset about that change — it has nonetheless promised to iterate its design while incorporating feedback like this recent criticism. 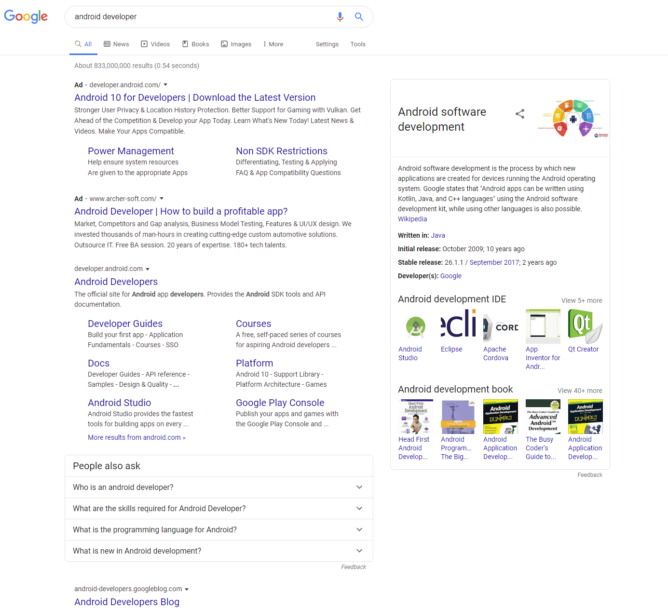 It sounds pretty likely that the favicons will eventually return, but hopefully, they won't let ads blend in quite so easily with legitimate results when they do.

Moment Winter Clearance Sale offers up to 50% off cases, lenses, bags, and more