The model on sale is the 8GB RAM/128GB storage variant — that's still more RAM than the Pixel 4. Other specifications include a Snapdragon 845 processor, a 6.1-inch 1080p AMOLED screen (with a slight cutout at the top for the front camera), and a large 3,700mAh battery with Fast Charge support. There's no headphone jack, though. You can read our full review here. 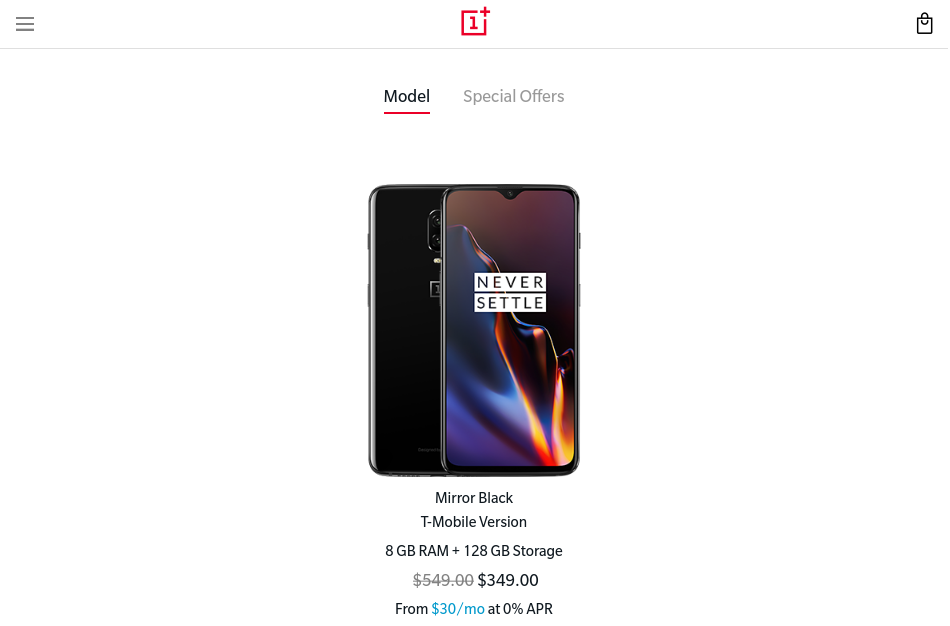 There are a few minor differences between the unlocked 6T and this T-Mobile variant. This version is only single-SIM, it's carrier-locked to T-Mobile at first (though you can request an unlock once it's completely paid off), the T-Mobile app is pre-installed, and updates lag slightly behind the unlocked 6T. For example, the Android 10 update that began rolling out last month still hasn't hit all the T-Mobile phones.

You can buy the phone from the link below. You can also use our referral code to get $10 off accessories.

All-black prototype version of OnePlus Concept One revealed in interview