The Korea Herald reports that Samsung's upcoming smartphones, the Galaxy Z Flip and the Galaxy S20 series, are coming with some form of Duo integration. It might look similar to how it does on Pixel and OnePlus phones, so the lineup might simply get a quick access button to Duo in the company's phone and messaging apps. The integration is supposed to be backported to the Galaxy S10 and S9 series, though there is no mention of any Note.

9to5Google has indeed found evidence that the Duo integration with Samsung's text messaging app isn't too far out. Its code already includes text strings and images that the blog managed to activate, making a (still unfunctional) Duo icon appear alongside the call and search buttons in chats. 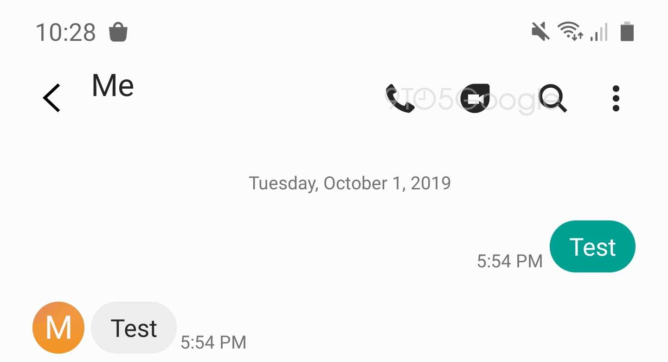 But the plan apparently goes beyond that. The Korea Herald says that Samsung and Google are in talks with Korean carrier SK Telecom to integrate Duo with the network's rich communication services (RCS). It's unclear if that means you'll be able to make calls without using up your precious mobile data or if you can only send messages in the form of video clips. We'll probably have to wait for Samsung's February 11 event until we know more — maybe we'll even see a way to send Duo messages without opening the Duo app itself on Samsung phones.

If Google continues pushing Duo integration on all Android device manufacturers and gets a proper RCS integration, the company might very well end up with a serious competitor to Apple's gold standard FaceTime service. If you'd like to give Google Duo a try, head to the Play Store or grab it from APK Mirror. On recent Android versions, you'll find it among your preinstalled apps, too.