LG’s 2019 flagship lineup recently began receiving their Android 10 builds packed with goodies like full gesture navigation and the December 2019 security patch. One feature that remained obscure without even a mention in the changelog was the built-in desktop mode, discovered by Juan Carlos Bagnell (SomeGadgetGuy). The implementation appears to be a close sibling of Samsung’s DeX, minus the fancy branding. 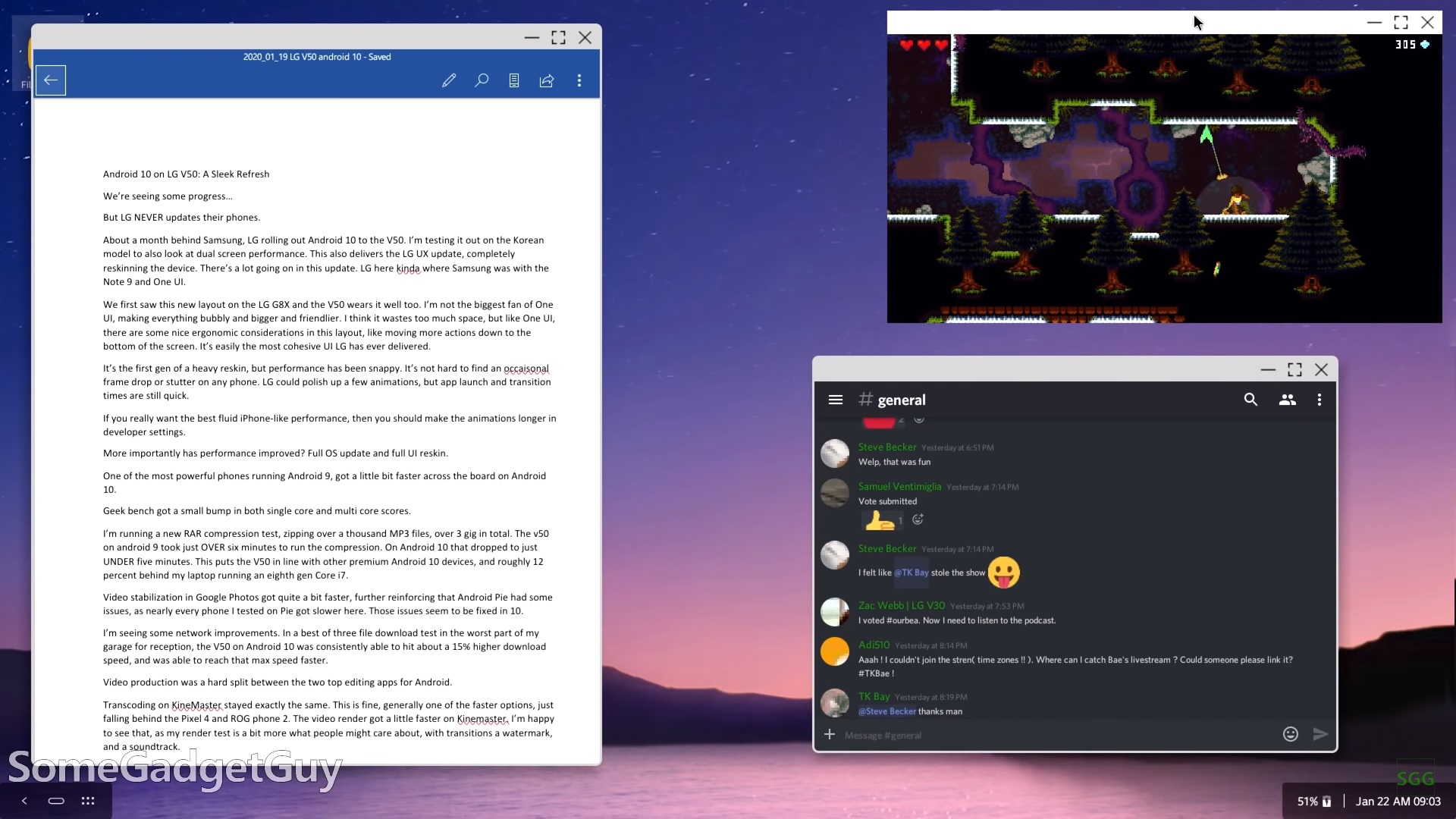 For those unaware, Android 10 natively supports a desktop mode, although a barebones one meant for developers’ use. LG’s version builds upon that to adapt the smartphone UI for a bigger screen and the landscape orientation, though it still needs some polishing. When you connect an eligible LG phone to a monitor, a Screen sharing mode notification will pop up that you can click to enable said desktop mode.

As shown in the video below, the phone switches to a more Windows-like layout having a bottom navigation/controls bar, while your apps sit in the section above. The interface appears to support windowed apps that can be scaled to use the display area better. XDA could confirm that LG allows you to run apps in the multi-window mode and add them to the home screen, besides letting you connect PC peripherals, including keyboard and mouse.

During the initial days of DeX, Samsung phones required a dock to enable the functionality, but the feature soon evolved to eliminate any mediating device. The desktop mode on LG phones follows the same principle and gets the job done with just an HDMI cable and a USB-C converter, while the handset can continue to function independently.