We're just a few weeks out from Samsung's next big unveiling, but there's not much left to unveil. It's too late—we've seen everything. After a few rounds of CAD-based renders, we now have official press renders of the Galaxy S20 Ultra 5G. This phone will have top-of-the-line hardware, including a periscope camera with Space Zoom.

The leak includes black and gray versions of the phone, but they're otherwise identical. There's not much to see on the front of the S20 Ultra 5G. It's almost entirely screen, but there's a small hole-punch camera at the top. The display is reportedly flat with 2.5D curved glass, a change from the curved OLED panels we've seen on most Samsung flagships in the past several years. 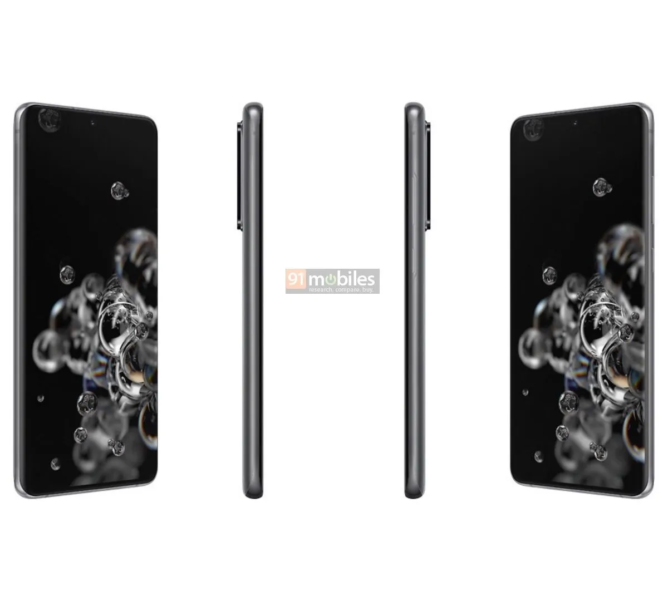 Around back, there's a huge camera module; it's about half as wide as the phone itself and protrudes a fair bit from the body. Unlike some of the early renders, the module is broken up into two parts. There's a square section at the top with three sensors and an additional block below that housing the perioscope camera. The periscope camera will be capable of 10x optical zoom, but Samsung is going to push 100x digital zoom, which it will brand as "Space Zoom."

Samsung will reveal the new Galaxy S20 series at an Unpacked event on February 11th. We believe the phones will start around $1,000, and the Ultra will be a few hundred more.