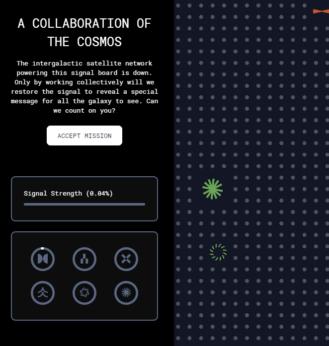 The intergalactic satellite network powering this signal board is down. Only by working collectively will we restore the signal to reveal a special message for all the galaxy to see. Can we count on you?

The teaser is a "mission" that takes you into a partially command-driven game that sounds like we all have to work together to progress. It's called "A Collaboration of the Cosmos," and at the time of writing, it shows a "Signal Strength" of 0.12% as a progress bar, apparently averaging that result from progress gained across six different puzzles inside the game, based on the additional circular indicators and icons. 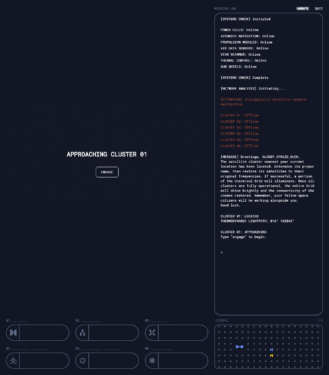 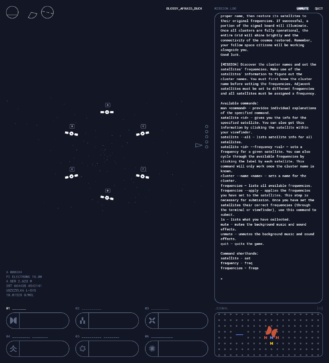 Gameplay revolves around using information associated with a constellation of satellites to determine other details about them, name the group, and assign them all frequencies, all handled via text input. Puzzle fiends, cryptographically interested developers, and fans of things like the MIT Mystery Hunt will probably be right at home using the named satellite clues to guess answers.

You can check it out for yourself over at events.google.com/io/mission/, and together we'll unlock the details for this year's upcoming Google I/O developer conference.

Solutions for all six puzzles found

Answers for the first part of all six puzzles have been determined. Don't look if you plan on finding the answers yourself, but we've included them embedded in an image below you'll have to click to view — so you don't accidentally ruin your own fun, in case you wanted to do things the long way.

Tap the tiny image to see the answers.

Following these cluster names, you'll still have to solve another puzzle regarding each satellite's frequency, but outside the last one, none of them are too difficult. Just click the label above each satellite in the constellations to assign them into patterns that don't allow any connected satellites to share the same frequency. The last one is pretty tough, though, so our solution for it is here.

Since the puzzle was solved, signal strength has started to rise fast, already cresting 20% at the time of this update. We should have I/O details soon — unless this is just the first step of a larger puzzle.

Google I/O has been revealed as taking place Tuesday May 12th through Thursday May 14th. 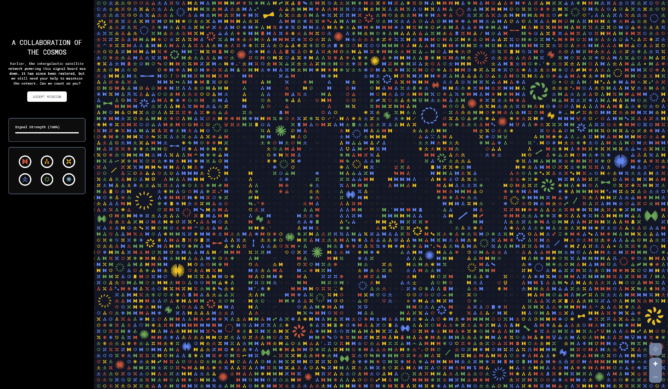 The event will take place, as usual, at the Shoreline Amphitheater in Mountain View, not far from Google HQ and the usual location for Google I/O (Update: The location has been confirmed.)

Ticketing for the event will likely follow at a later date. Keep in mind those tickets frequently break $1,000 in price, placing it a bit beyond the reach of some. Google has previously offered academic tickets at a reduced price for those that qualify.