The all-stock deal is pegged somewhere between $160 and $200 million, according to TechCrunch’s sources, and in exchange for this acquisition, Uber will now have a 9.99% stake in Zomato—a startup valued at $3.55 billion. Meanwhile, Uber will continue to offer its ride-hailing service in India alongside another local competitor Ola.

Uber Eats has been struggling to gain traction in a market dominated by local brands, including Swiggy and Zomato, since its entry in 2017. This deal will not only help Uber offload some of its losses but also give Zomato a slight edge over Swiggy—the current market leader in terms of daily order count.

Zomato will absorb all of Uber Eats India customers and commercial partners, but not the staff, while the now-defunct app will continue to show a static redirect page for another six months to point visitors to the new parent’s app. Some of the users coming from Uber Eats are being offered complimentary three-month access to Zomato Gold, a subscription-based membership program, in addition to discount vouchers. Uber Eats customers can still reach out to the company with their queries and complaints through this help page. 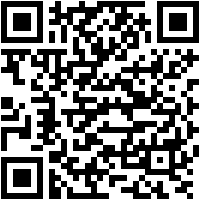 Samsung’s foldable clamshell Galaxy Z Flip rumored to have a 12MP main camera, not 108MP after all