Last month, a tweet by Poco's global head Alvin Tse led to speculation that the Pocophone F2 might launch sometime in 2020. Now, we have concrete evidence that the device is on its way, thanks to a recently discovered trademark application.

The paperwork doesn't say much, but it clearly mentions the company Xiaomi and that it's filing a general trademark for the Poco F2. Details about the actual device aren't listed, so we still don't know what the phone will look like, what hardware it will contain, or when it will launch. However, the Poco F1 launched shortly after its trademark paperwork was leaked, so we might be seeing the Poco F2 in the very near future. 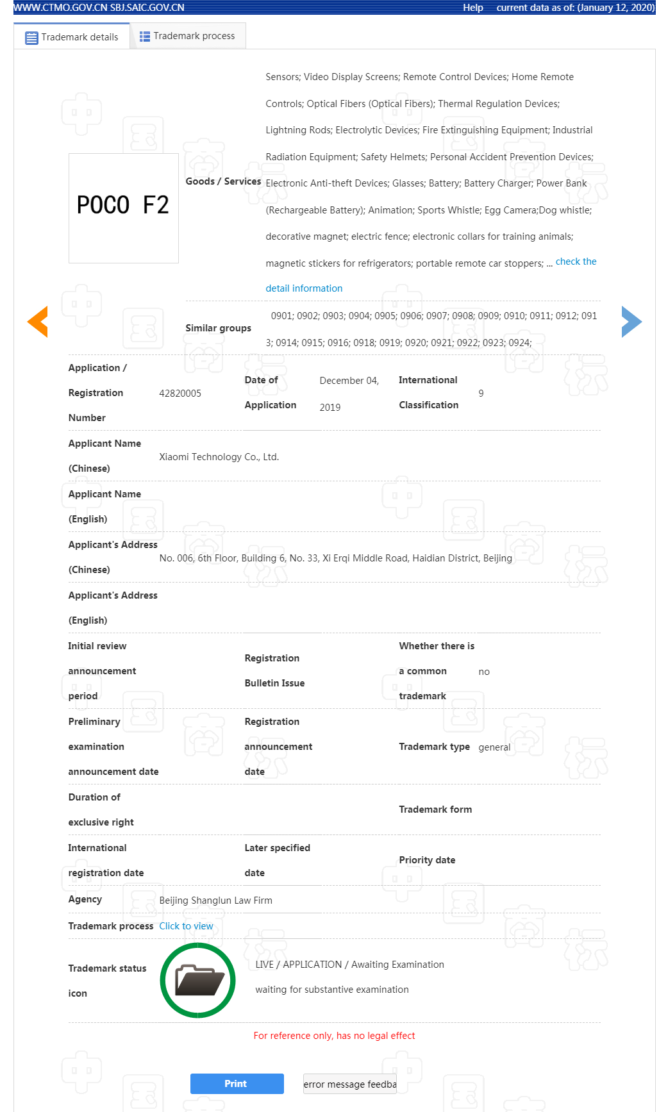 When it comes to great phones that don't cost an arm and a leg, look no further than the lineup by Xiaomi. When we reviewed the Poco F1, we found it to be a well-constructed product with incredible battery life. Here's hoping the Poco F2 follows in its footsteps.

Poco has confirmed these rumors. With two Twitter teasers, the company revealed "Poco season 2" and shared an open letter to its fans where it reminded them of the first Pocophone's exploits and promised to reveal more tomorrow.

#POCOIsHere and it'll give chills to others. IYKWWM 😉
Season 2 is live now! Brace yourself for the impact. pic.twitter.com/wJPWgDgwCn

An open letter to all #POCO fans!

Thanks for making it possible. #POCOIsHere and we're ready for an action-packed season 2. Are you? pic.twitter.com/vYOQ8HZj8v

Samsung’s foldable clamshell Galaxy Z Flip rumored to have a 12MP main camera, not 108MP after all