You may recall that Opera became a public company in mid-2017, shortly after it was purchased by a China-based investor group. Since then, Opera's market share has continued to fall, due to the increasing dominance of Chrome. As a result, Opera decided to pivot to predatory short-term lending in Africa and Asia across four apps: OKash and OPesa in Kenya, CashBean in India, and OPay in Nigeria.

The apps have apparently remained available in the Play Store (except OPesa, which seems to be gone) by advertising different loan rates in the app description than users actually receive. For example, the listing for OKash stated its loans range from 91-365 days (the page now says 61-365 days), but an email response from the company stated it only offered loans from 15-29 days — significantly lower than the 60-day minimum enforced by Google. All of Opera's other apps were also found to be in violation to varying extents. 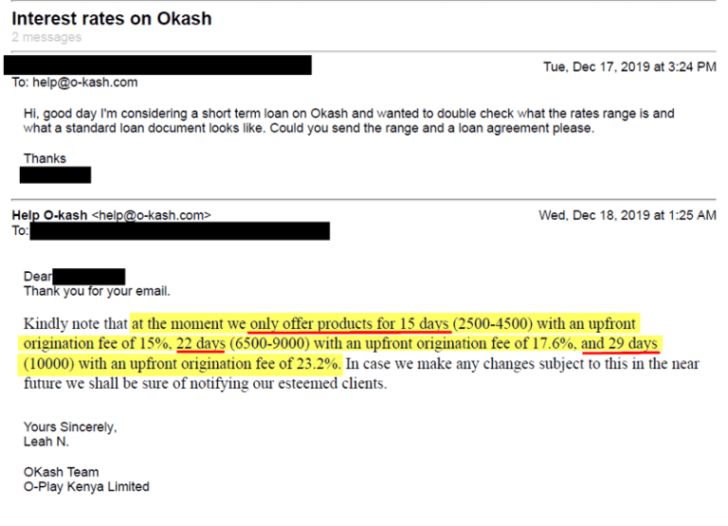 If you think that's bad, then buckle in! According to Play Store reviews, the OKash and OPesa apps sent text messages or calls to people in the user's contacts when payments were late, threatening to take legal action or place the borrower on a credit blacklist. A former employee told Hindenburg Research that this practice ended last year "because it was said it was illegal." That's probably a good reason to stop doing something, right?

Unfortunately for Opera, scamming low-income people isn't helping the company's financial situation. With all apps in violation of Play Store policies (and one already removed from the store), Opera's primary means of income could very well disappear, and Hindenburg Research found evidence of investor money possibly being redirected to other companies and people:

1. $9.5 million of cash went toward an entity that appears to have been owned 100% by Opera’s Chairman/CEO, despite company disclosures suggesting otherwise. Ostensibly, the reason for the payment was to ‘purchase’ a business that was already funded and operated by Opera. To us, this transaction simply looks like a cash withdrawal.

2. $30 million of cash went into a karaoke app business owned by Opera’s Chairman/CEO, days before the arrest of a key business partner.

3. $31+ million of cash was doled out for “marketing expenses and prepayments” to an antivirus software company controlled by an Opera director and influenced by Opera’s Chairman/CEO. The antivirus company has no other known marketing clients, but is paid to help Opera with Google and Facebook ads and other marketing services. (Note: Most firms use a marketing agency for help with marketing needs.)

Since the report was released on January 16th, Opera's stock price has dropped from ~$9 to $7.15 after hours (as of the time of writing). 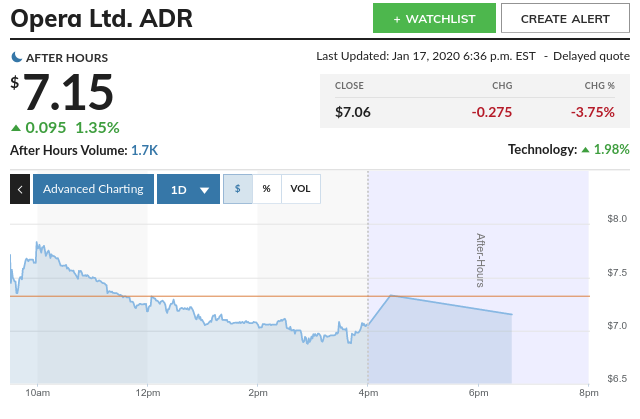 You can read the full report at the link below. It's worth noting that the primary business model of Hindenburg Research is shorting stocks, so while it has a vested interest in lowering the valuation of Opera as a company (and acknowledges as much), it's easy enough to independently verify Opera breaking Play Store guidelines from the apps' reviews.

In the meantime, it might be a good idea to uninstall any Opera-owned apps — they might start sending texts to your friends about your browsing habits.

Opera has posted a response to the report on its investors site, stating it "contains numerous errors":

The Company is aware of and has carefully reviewed the report published by the short seller on January 16, 2020. The Company believes that the report contains numerous errors, unsubstantiated statements, and misleading conclusions and interpretations regarding the business of and events relating to the Company.

The Company has recently launched and scaled multiple new businesses and has continued to post strong financial results, and intends to continue leveraging its well-known brand and large user base of more than 350 million users for additional growth. The Company also remains committed to maintaining high standards of corporate governance and constantly evolving our products, practices and governance.

While it's difficult to independently verify the financial claims by Hindenburg Research, public Play Store reviews do back up the report's claims of Opera charging incredibly high interest fees and repeatedly harassing borrowers (and their contacts).

Despite Opera's statement about the original report having "numerous errors," the company has quietly updated its loan apps to be compliant with Play Store policies.

OKash, one of Opera's loan apps operating in Kenya, told a Kenyan tech publication that they have updated the app to comply with Google's guidelines. Instead of only offering loans with payments due between 15-61 days, OKash now has repayment dates from 60-365 days:

Apologies for the 15 days oversight as this was way before Google Play came up with the new policies that we are strictly adhering to. At the moment we are offering products with repayment periods of between 60 and 365 days.

The Play Store listings for OPesa and CashBean also now have loans with repayment dates from 61-365 days.