Android Police covers a variety of products under its umbrella — some of them aren't strictly in the Android ecosystem — and one such diverse category is home surveillance. Namely, smart home surveillance. So, any chance we get to highlight savings on some pretty hefty buys, we do it. This time around, Amazon and Best Buy are running dueling sales on Arlo Pro 3 cameras.

So, let's face it: companies in the smart home surveillance business have been weathering some tough scrutiny lately about where their users' data goes and how it's being used. Amazon's Ring has been criticized for partnering with local police departments to extremely intimate levels while whitebox OEM Wyze left unsecured servers exposed to the public for at least two weeks. Arlo, owned by San Jose-based Netgear, has had its share of vulnerabilities exploited as well.

Every company has its thrills and spills, but when it comes to this sector of tech, this author personally believes that you should be looking for a vendor that is focused narrowly on its hardware and services and is separated far enough from external influences to operate independently. And if you go by those standards, it seems like Arlo fits the bill.

Android Police's review of the Arlo Pro 3 can be found here. 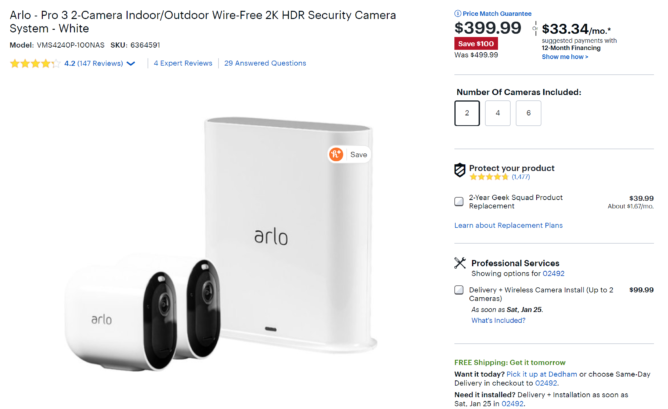 In any case, last we checked nearly 2 weeks ago, we found that the Arlo Pro 3 two-camera system (which includes the base station) came down to below $430. Now, on both Amazon and Best Buy (including Best Buy's Amazon sales channel), it's just $400. 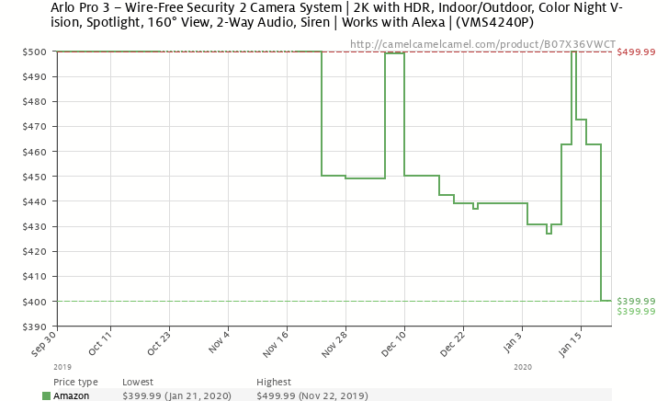 The discounts get better from there, but where you'll find the best price will alternate between the two retailers. 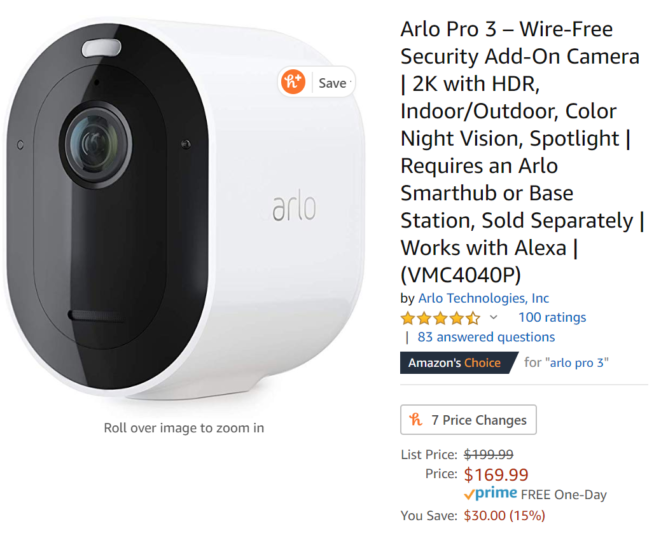 If you already have a base station, you can also purchase an extra camera for $170 ($25 off) from either Amazon or Best Buy. 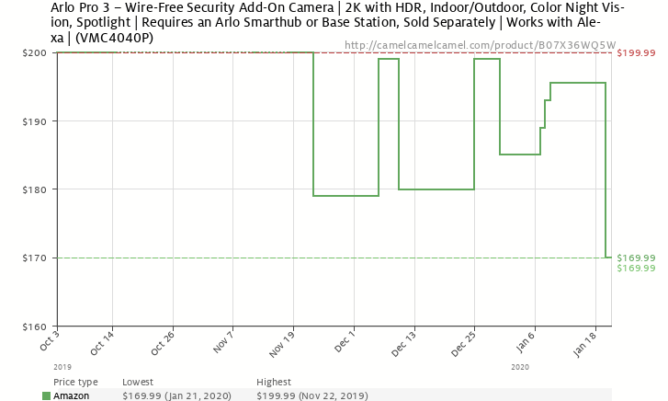 Nokia 2.3 comes to the US for just $129 with two-day battery and microUSB port