It takes a lot of applications to build an ecosystem. Google has all the essentials down — email, calendar, contacts, productivity applications, and so on — but the company has always struggled with creative tools. Most notably, Google is still lacking a proper video editor for its own operating systems, which is becoming even more of an issue as high-end Chromebooks gain momentum.

Let's rewind a bit. Back in 2011, Google introduced a new app called 'Movie Studio,' as part of the Android Honeycomb update. It was a full-fledged video editor, complete with a timeline, transitions, audio importing, and multi-format exporting. The app turned out to be pretty awful, partially because of the meager hardware in the Motorola XOOM tablet, and also because it never received any significant updates after its introduction. Google never included it with the Nexus 7, and it was removed from AOSP at some later point.

That was more or less the only time Google ever tried to create a video editing application for Android. Sure, the modern-day Google Photos app has an extremely limited trimming feature, and a simplistic editor appeared in the web version recently, but even the half-baked Movie Studio that Google made nearly a decade ago had more functionality.

By the time Google first showed off its primitive Movie Studio, Apple already had its iMovie editor working on the iPhone 4 and second-generation iPad. That app continues to get updates to this day, now offering 4K editing, external display support, and even green-screen effects. 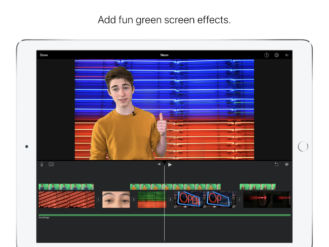 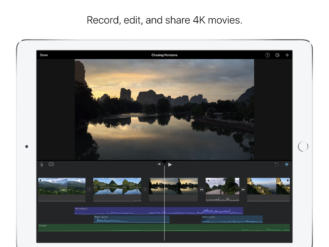 iMovie on the iPad

I understand why Google probably didn't feel compelled to continue working on a video editor for Android. After the Motorola XOOM flopped, it became clear that Android tablets would never catch on as productivity/creative machines, and video editors on phone-sized screens aren't as great of an experience.

Google now has a new incentive for creating a first-class video editor: Chromebooks. The market for high-end Chromebooks has exploded over the past year, with models like the Samsung Galaxy Chromebook and Asus Chromebook Flip C436 entering the mainstream. With the high-end mobile Intel and AMD processors now included in many of these laptops, editing high-quality videos should be more than possible — even with the added overhead of the Android app compatibility layer. 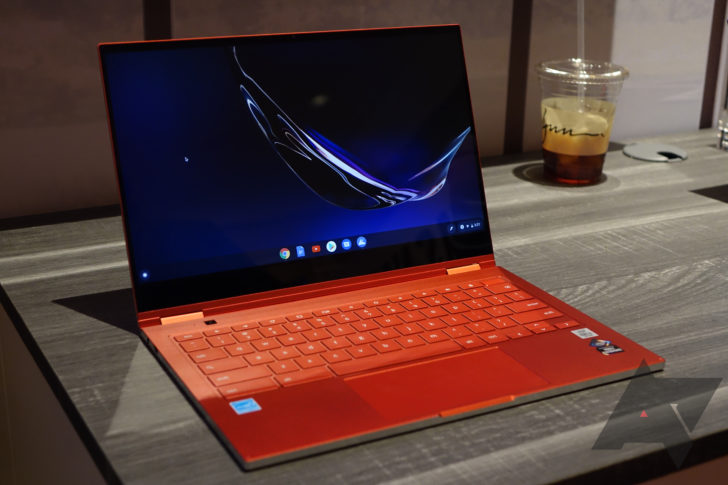 Picture this: a timeline-based video editor for Android and Chrome OS, with the ability to pull content from your Google Photos library seamlessly. Google could even use some of the machine-learning wizardry from its Pixel cameras as video effects, like AR emoji and Night Sight-like filters. Best of all, Google could finally put the "you can't edit videos on a Chromebook" argument to rest.

Google could finally put the "you can't edit videos on a Chromebook" argument to rest.

The best video editor available on Android is probably Adobe Premiere Rush, which offers multiple tracks, auto-ducking, video effects, transitions, and even built-in templates. However, the app is only compatible with a handful of devices right now — none of which are Chromebooks.

I know what some of you are thinking: "Hey Corbin, you can just run a Linux video editor inside the Linux container!" However, Chrome OS is still working on video acceleration for Linux apps, so editing anything is going to be a slow and painful process. Even once that's fixed, I'd still prefer to see Google come up with its own product, especially one that worked across all Android and Chrome OS devices.

While there isn't much of a market for high-end Android tablets, an Android-based video editor tailored for large screens (but ideally functional on phones as well) could make the next generation of Chromebooks much more compelling. It's time for Google to finish closing the Chromebook app gap, and a full-fledged video editor is a good place to start.

Samsung Galaxy S20, S20+, and S20 Ultra 5G: The phones, the features, and everything we know to date

Five-year ban on facial recognition being considered in the EU