The tidal waves of Galaxy S20 leaks continue to roll in. It's been high season for leaks bloggers like Max Weinbach, who we've just had on the Android Police Podcast. For Ishan Agarwal, who, along with India's MySmartPrice, is responsible for the latest spec dump on the S20 5G, S20+ 5G, and S20 Ultra 5G models that will be sold in many parts of Europe and Asia, this season just got a bit higher.

All three models are listed with Samsung's Exynos 990 chipset and have AMOLED displays with refresh rates of up to 120Hz — though that partiular spec is purportedly heavily-conditioned — and a maximum resolution of 3200 x 1440. They'll also have IP68-rated ingress protection and Android 10 with One UI version 2. If you've kept track of Samsung's smartphone development over the years, you could've probably taken these things for granted.

However, the most interesting points in a situation like this are the quantity gaps between what are effectively three sizes of the same phone. For display size, the S20 will apparently run with a 6.2" panel, the S20+ grabs a 6.7" unit, and the Ultra is set for a 6.9" screen. In the battery department, the S20 gets a capacity of 4,000mAh, the S20+ gets 4,500mAh, and the Ultra is on 5,000mAh. The Ultra will outmass the regular S20 by 57 grams. 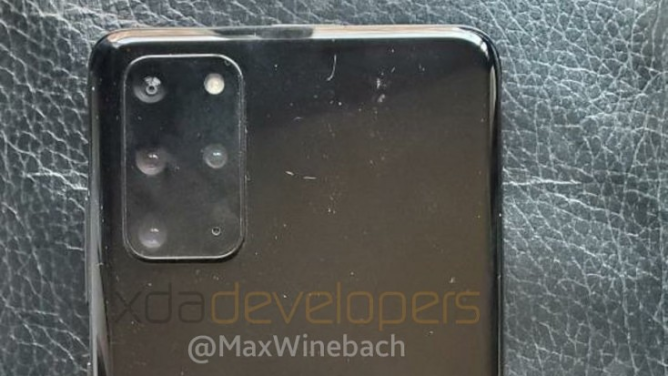 Separate from this leak, it's suspected that the S20 5G and S20+ 5G will be equipped with up to 12GB of LPDDR5 RAM while the Ultra may get a maximum of 16GB.

All other things being equal — almost literally so, even accounting for some regional differences like having the Qualcomm Snapdragon 865 SoC — it'll be interesting to see how much more you'll be paying for a Galaxy S20 Ultra 5G than an S20+ 5G and then so on, so forth for the S20 5G and the 4G-only versions that are also due out soon. We'll have much more to learn before the next Unpacked event on February 11.