Queue vs. Watch later or playlists

For years now, YouTube has allowed us to add videos to a Watch later list (or any other custom list). This feature is usually easily accessible on all videos, whether on the web or mobile, and lets us bookmark content we're interested in but don't have the time for right away.

In that regard, queue management is very different. It's more immediate and ephemeral. You can easily add a video to your queue from anywhere on the website and it'll show up in the mini-player, only one click away from starting playback. With lists, you have to add the video, find the list, choose a video to get started with, then play it. YouTube also built queues so they only last one session — close your current tab or move to a different computer and your queue is gone, whereas your Watch later list stays untouched and you have to clean it manually.

The queue is thus faster and more suited for spur-of-the-moment binging sessions, whereas lists like Watch later are better for bookmarking and organizing content you'd like to watch in the future.

How to add videos to the queue

One of the simplest ways to add a video to the queue on YouTube web is to just hover over its thumbnail and look for the two buttons that show up on the top right: the clock is for Watch later, the list is for the queue. Simply click that and the video will transfer to the mini-player on the bottom right of your YouTube window. 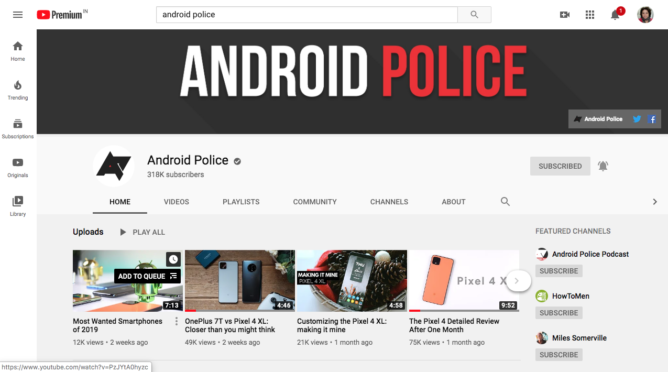 Top: Hover over a video in a channel to add it to queue. Bottom: This also works in the home tab, subscriptions, search results.

The two quick-action buttons are available on video thumbnails on the home page, subscriptions tab, in searches, and on channel pages too. However, there are a few places where you won't find them, like inside playlists for example, so you need to click the overflow button (three dots) and choose Add to queue. 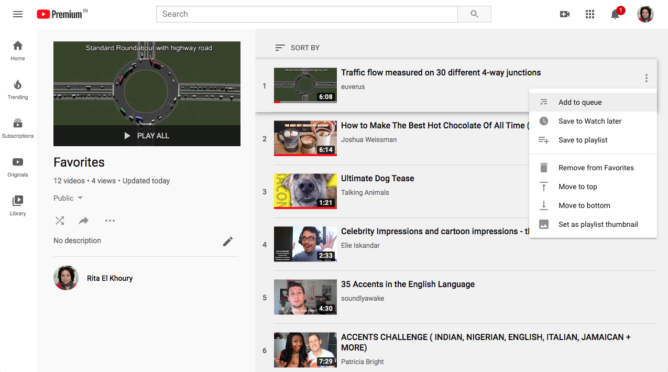 Add to the queue from the overflow menu.

Watching videos from the queue

Once you've added a video, or several, to the queue, you just need to hover over the mini-player on the bottom right to find the playback controls. These let you play, pause, skip, or rewind. 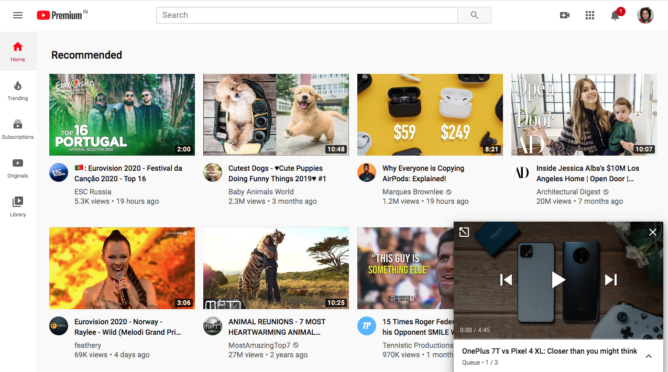 You can also expand the queue by clicking the up arrow next to the video's title. This shows your entire queue and lets you click on any video to start it immediately. 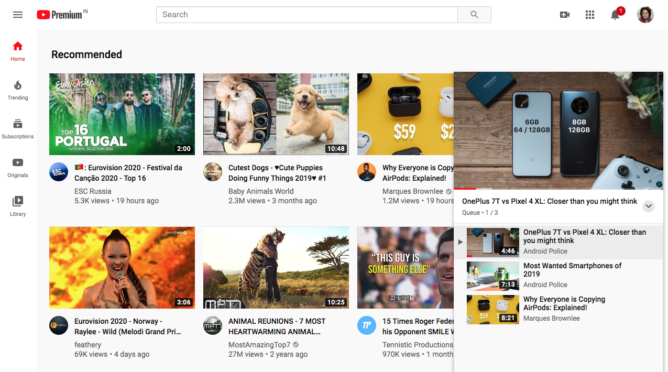 Expand to see the queue.

When you hover over the currently playing video in the mini-player, you can also see an "expand" arrow on the top left. This switches to YouTube's theater or default views, letting you enjoy the content on a larger scale but without loosing the queue. 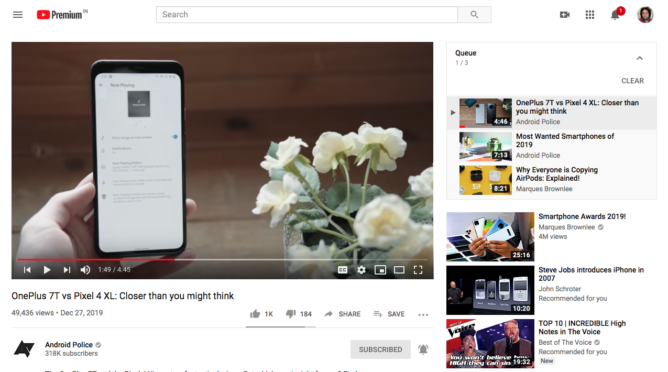 Expand to get a larger view while still maintaining control over the queue.

With the queue list expanded, you can drag to reorder videos or delete the ones you're no longer interested in. 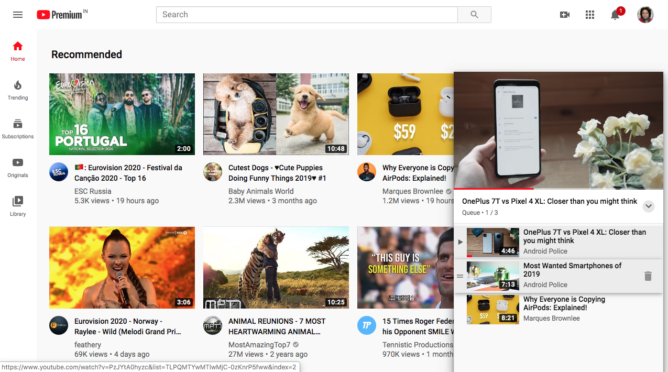 Drag to reorder or delete a video.

And finally, if you simply close the mini-player, you'll lose the current queue. You'll be warned about it, though, so you can cancel this before it's too late. 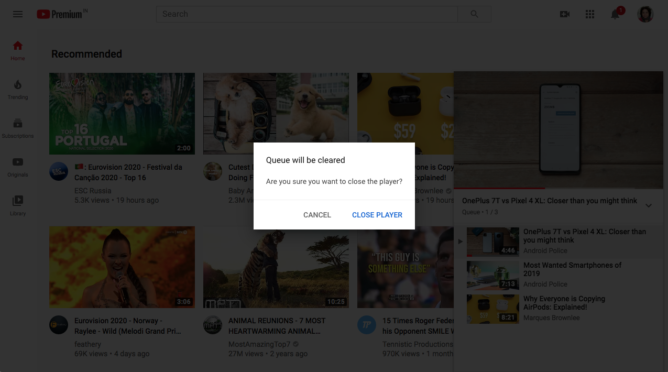 You'll be warned that the queue will be cleared if you close the mini-player.

However, if you close the current tab, there's no warning: Your queue will disappear and you'll have to build it from scratch when you open YouTube again. On Chrome, quickly reopening the closed tab (CTRL/CMD + Shift + T) seems to bring the queue back, but I wouldn't trust this. If you've built a queue, it's better to avoid closing the tab altogether until you're done watching the videos than to lose it.

A few months after the feature was first tested, YouTube queues still seem to suffer from the same limitations as before. They don't work on mobile yet and there's no cross-device saving so you have to build the queue again if you switch computers. Hopefully these features will be added soon.

Stadia will soon have 4K on the web, support for additional Android phones, 120 new games, and more