The Advanced Protection Program is arguably the best way to secure access to all of your documents and information you've stored in your Google account. Until now, though, you were required to consign two security keys in order to get those extra safety measures and only one of them could be an Android phone. Those requirements seem to have changed today as Google has started allowing iOS devices to act as keys and letting users enroll into the program with just their mobile device, no backup key needed.

APP requires most Google account logins to be authenticated by having the key connected to the login device either through Bluetooth or USB.

General Google accounts have been able to sign up their phone or tablet with Android 7.0 Nougat or later as a Bluetooth security key since May of last year. Today's announcement will let iPhones and iPads on iOS 10 and above act the same way, though you will also need to download the accompanying Google Smart Lock app in order to handle the actual two-factor authentication process. 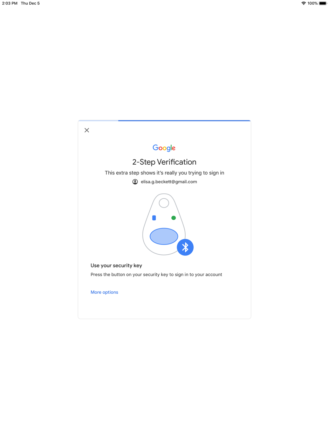 G Suite for enterprise customers have missed out on being able to utilize their phones as security keys, but today's update will let them to do so.

The Google Security Blog post also notes that it is highly recommended to acquire and register a backup key to an account, but does not explicitly require a second key — something that was the case before today. 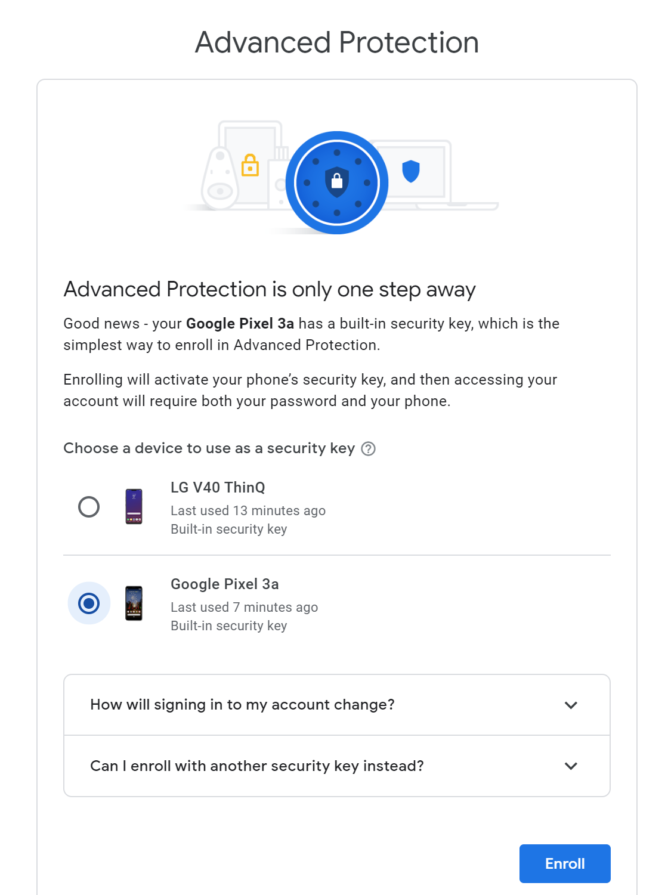 Indeed, I was able to sign up my personal and work accounts onto the program just with phones alone. There are still some situations in which Google will prompt two security keys as a requirement to APP enrollment, but if you come through the program's homepage, you should be able to just link up a single mobile device and be done with it.

If you don't have an eligible mobile device, you will still need two dongles to get into Advanced Protection.

Yahoo has a new Bing-based search service, and it says it's like super duper private, guys

TicPods 2 Pro review: Good sound, but a fit that's not for everyone