More Galaxy S20 details have leaked out today, including basic specs, screen details like 120Hz support (with limits), and even a short hands-on video. XDA's Max Weinbach has just published yet another treasure trove of leaks for Samsung's upcoming phones, joining those from the previous few days as he continues his quest to reveal everything about the Galaxy S20.

There's a lot in today's leaks, so let's divide it up a bit by category. Also note that most of these details are specific to the Galaxy S20+, though some information can be drawn regarding other anticipated devices in the series. 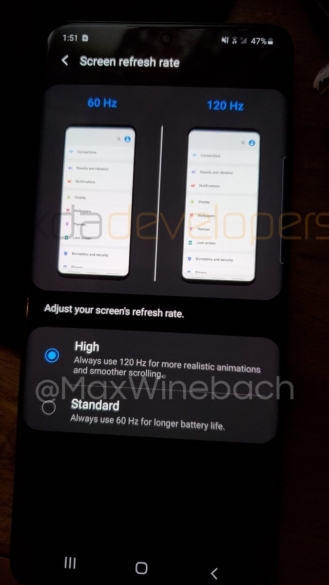 The Galaxy S20+ will use a 120Hz display, as leaker Ice Universe revealed earlier today, and which Weinbach has also independently confirmed from an examination of the S20+'s software. However, it will have a serious and seemingly arbitrary limitation: it will only support this higher refresh rate when in a lower 1080p/FHD+ resolution mode. Switching to the display's native 3200 x 1440 resolution will kick you back to 60Hz.

On a related note, all the S20 models from the base to the S20 Ultra will share this 3200 x 1440 resolution, unlike the recent Note10 series, which saw the smaller version get a lower-resolution FHD screen. The displays are also a bit taller this time around, with a 20:9 aspect ratio. 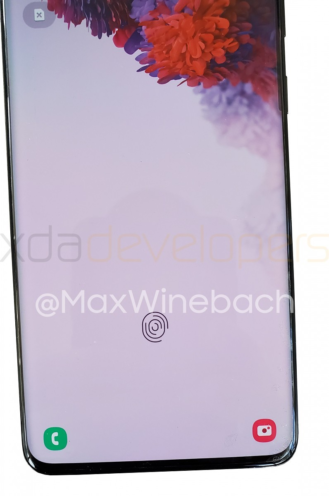 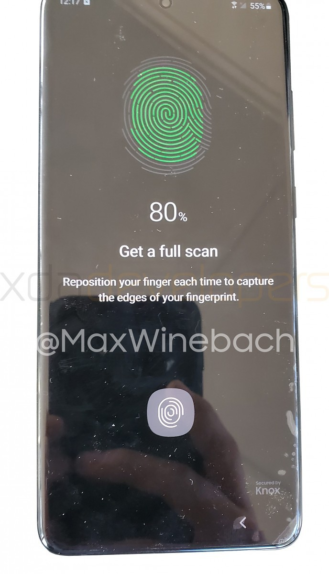 As with the S10 and Note 10-series phones, the S20+ has an in-display fingerprint sensor, of the ultrasonic variety. That means it's probably a Qualcomm solution, though Weinbach was unable to confirm if it was the company's new "3D Sonic Max" solution or not. You might remember that previous versions of the system in the Galaxy S10 series had a bit of a security problem with some third-party screen protectors and cases that was eventually patched.

Although Weinbach only has details regarding the Galaxy S20+, there's a good chance it shares most of its specifications with both the smaller and "Ultra" varieties. A preliminary spec table for the phone based on the information he's assembled including details later published separately to Twitter are just below:

A short hands-on video acquired by Weinbach also confirms a few more details about the phone. Namely, from seeing it rotated to the sides more clearly, and seeing the display turned on, we can clearly tell that the S20+ has much less curve to the edges of the actual screen, unlike other recent Galaxy S-series devices. The metal frame is substantially thicker to the sides, and any visible curve to the edges of the glass looks to be more like the so-called "2.5D" edges used by many other phones.

If it isn't a flat screen, then it's still a lot closer than the S9 or S10 were. Given how polarizing the curved edges of previous S-series flagships were, plenty of prospective customers will be pleased by the change. 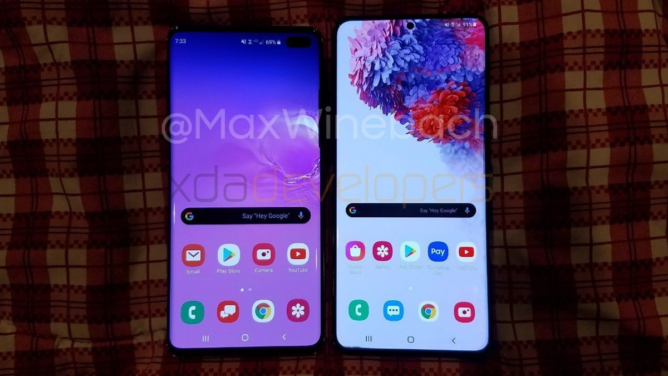 Thanks in part to that new, taller aspect ratio, the new Galaxy S20+ will be substantially taller than the previous S10+, as shown in the image above from XDA Developers.

We anticipate even more details surrounding the phone will manifest quite soon, given the software access Weinbach has as well as his hardware-equipped source. Keep in mind, although we know a whole lot about this phone already, the official announcement still isn't until this upcoming February 11th.

Beware: Joining Google's Advanced Protection could stop your Home speakers from recognizing you