Samsung has a solid lineup of rugged smartphones, but they usually get sidelined by their myriad of mainstream, lifestyle peers. Something similar happened when it revealed a brand-new adventure-ready phone on the hush-hush in Finland alongside four new Galaxy A and Lite models. The Galaxy XCover Pro appears to come packed with a bunch of rugged features making it sturdy yet usable in rough environments.

The Galaxy XCover Pro bagged the IP69 rating for water and dust resistance despite having a removable 4,050mAh battery — one of the very few of its breed. It is also MILSTD 810G certified for impact resistance, including drops from a height of up to 1.5 meters. While these specs ensure a durable build, the handset isn't particularly goofy or unwieldy. Weighing about 217 grams, it has pretty manageable dimensions, and the textured back should help get a better grip. 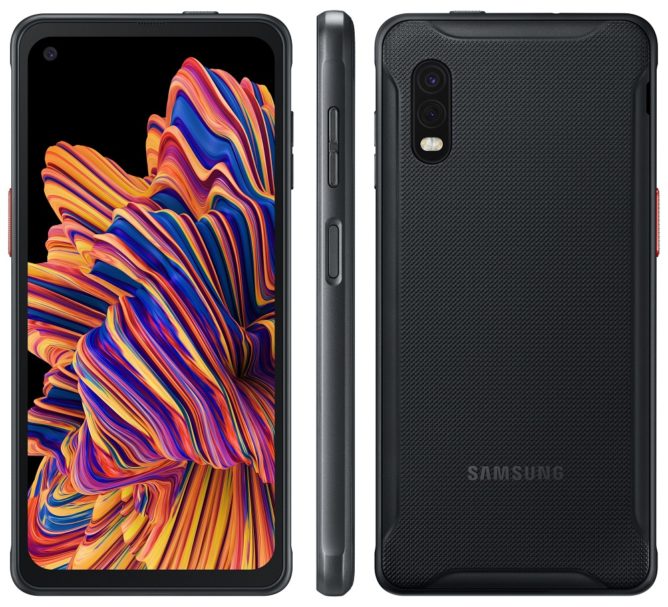 On the front, you’ll find a 20:9 Infinity Display with minimal bezels and a hole-punch selfie camera. The display supports a couple of features that Samsung calls Wet Touch and Glove Mode to make it usable under humid or cold conditions. In addition to the usual volume and power keys, this rugged phone comes with a pair of programmable buttons that can be used for, say, turning on the flashlight or voice typing text messages.

Samsung has so far revealed the phone only in Finland, where it is set to go on sale on January 31 for a price of €499 ($555). A recent report by WinFuture suggests its broader availability in Europe starting early February at a similar price point.

Now that the CES hustle and bustle has settled, Samsung has taken the time to announce the XCover Pro globally, and its US availability details. It is slated to go on sale via Verizon sometime within the first half of 2020 at a retail price of $500. 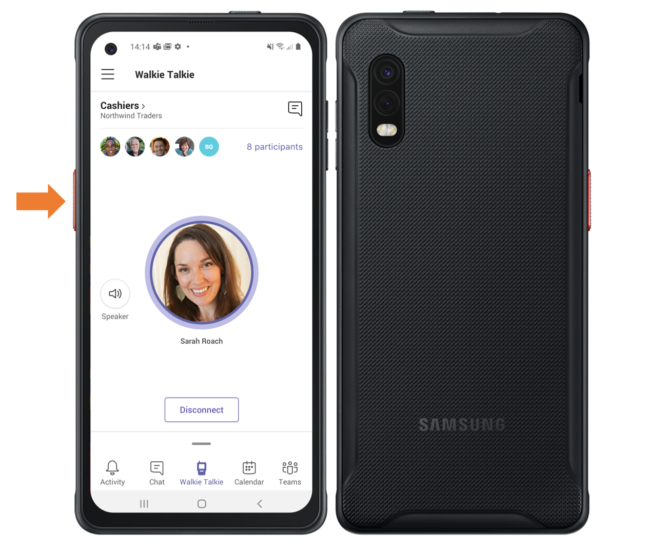 Samsung is inclined to target businesses with this handset, and its collaboration with Microsoft builds upon that. The recently-announced Walkie Talkie feature in Microsoft Teams—a workplace communication platform—could be triggered using the XCover Pro’s side-mounted customizable button. Microsoft has suggested a similarly vague release timeline for Walkie Talkie as the phone.