Following the example of Apple, Samsung, Sony, and countless others, LG has announced its first pair of true wireless earbuds. The Tone+ Free sport all the bells and whistles you'd expect in modern earbuds, and they'll be available later this month in South Korea.

The Tone+ Free can bank an hour's worth of charge in five minutes, and a full charge will last up to six hours, according to LG. Judging by photos, it looks like the case will charge over USB-C, but LG hasn't confirmed that. Notably, the case has a built-in ultraviolet light for disinfecting the earbuds while they charge — a novel feature that's sure to speak to germophobes.

South Korean customers will be able to get their hands on the earbuds starting later this month for 259,999 won — converted directly, that's about $216. US pricing and availability haven't been announced.

Available in the US

LG has followed through and launched the earbuds (apparently now just called the TONE Free) in the US. We have a bit more in the way of specifications now including a 6.5-hour battery life rating and IPx4 water resistance. There's nothing terribly surprising as far as features go, but LG has stuck with a higher than expected price for the US launch. The LG TONE Free will run you $200 from LG and authorized retailers. 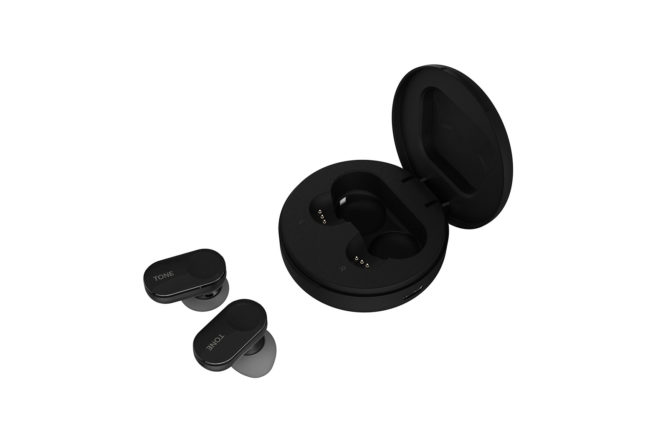