The advantages of a pop-out camera are subjective, but pretty clear: Right now, it's the only way to get an all-screen phone free of both bezels and cameras. Now, there's no real objective benefit to that short of a bit of extra screen space, but I think it's a much more attractive look, and clearly the ultimate goal of modern smartphone design given the sort of changes we've seen over the last couple years with under/in-screen camera designs and the move from 2018's notch to "hole-punch" cameras. An all-screen design free of camera cutouts and notches is not necessarily "better," but it is a whole lot cooler to look at.

Another curious detail is the fact that this sort of pop-up/out mechanism has been done plenty of times by a lot of Chinese companies, but outside the OnePlus 7 Pro and Motorola One Hyper, it hasn't really materialized in the US. There's the Oppo Reno, Realme X, Vivo Nex, Redmi K20 Pro (the base for the Xiaomi Mi 9T Pro), and Honor 9X, all among an even longer list of phones with the feature, all of which have pop-up camera designs, and almost none of which have come to our shores.

While other companies like ASUS and Samsung have put their own spin on the idea by making the rear and front-facing camera the same camera, the OnePlus 7 Pro with its full-screen design and pop-out camera is a unique and much-loved device in the US. In fact, it only narrowly dodged both our readers' choice award and our editors' choice smartphone of the year award, though it handily snatched the title at other venues. 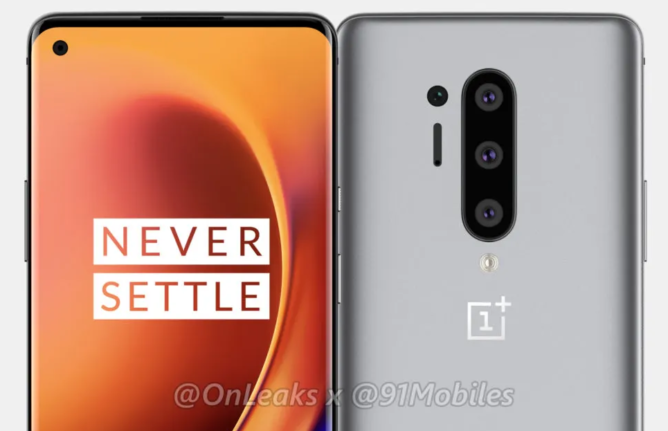 Looks don't seem to be an issue, then. So why would OnePlus give up on the idea in its next phone, as it appears to be? Since it's a moving part, one might think that durability ended up being a concern, and it might be, but not the way you think.

OnePlus rated the 7 Pro's pop-up mechanism's longevity for around 300,000 cycles, which is a pretty big number. Assuming that you substantially beat the average and unlock your phone 100 times a day (using the pop-up camera for face recognition) and take another 100 selfies every single day on top of that, then the mechanism will last you a mere four years — a little longer than most folks keep a phone. More realistic use (~90 actuations a day) brings that number closer to nine years.

Of course, variability and basic statistics will see some fail before (and after) these rated numbers, but even so, I had to go out of my way to find any reports of the mechanism failing. Durability doesn't seem to be an issue. Hell, someone even used one as a bottle opener without any apparent ill effects — not that I'd recommend it.

While the mechanism clearly functions in the long term, there still might be one good reason to get rid of it: an IP rating.

So far as I can tell, precisely zero phones with pop-out camera mechanisms have been able to snag an IP rating. Of course, OnePlus has bent over backward to justify not having an IP rating for its phones in the past. Even if there's some other undisclosed explanation for OnePlus' prior lack of rated water resistance, that may not be the case now in 2020. This is speculative, but if OnePlus can make future phones water-resistant with a specified IP rating, that marketing point might be worth giving up on a full-screen design and the pop-out camera.

Whatever the explanation ends up being, I'm still sad that the all-screen, pop-up camera design looks to be replaced by a hole-punch selfie cam. But I hope that we get something good from OnePlus, like IP rating, for giving up that feature.

Jaybird Vista wireless earbuds, packing USB-C and an IPX7 rating, available for $160 ($20 off)