The first real-world images of Samsung's upcoming Galaxy-series have landed, thanks to the folks at XDA Developers and noted Samsung leaker Max Weinbach. In addition to confirming a more sane camera layout (in a slightly different configuration compared to previous leaks), these photos also confirm that Samsung plans on skipping a whole lot of numbers with its next flagships, jumping straight to the "Galaxy S20" name. 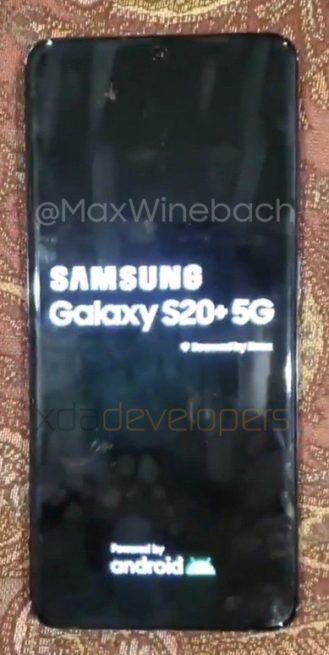 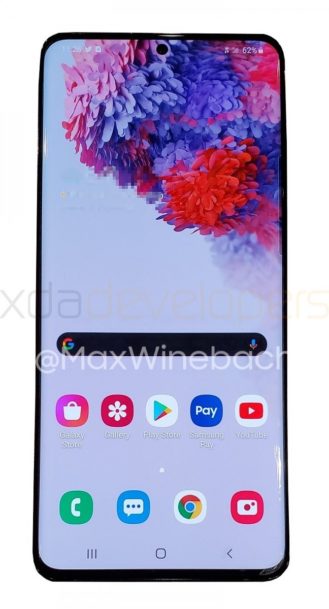 The images were provided to XDA's Weinbach by an anonymous source, but they match and confirm details revealed in previous CAD-based leaks, showing us the overall design of the larger "Galaxy S20+" phone in the series. As expected, it will feature a hole-punch-style display with a centered front-facing camera. Based on the glare from the edge of the photos, it may also have less strongly curved display edges compared to other recent Galaxy S phones — a change many should welcome. 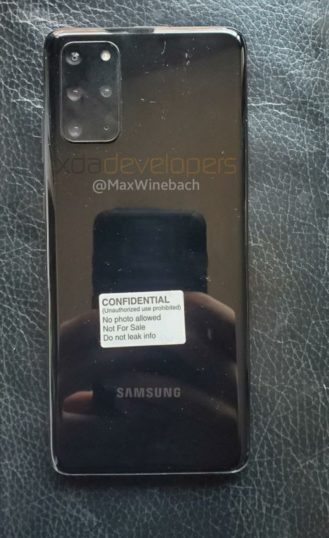 Around back, we see four cameras, an LED flash, and what looks like a microphone hole all arranged in a grid on the rectangular camera hump. This isn't the haphazard-looking configuration we saw in the earliest leaks, but it also isn't quite what the most recent CAD-based renders showed us, either. XDA believes that the cameras include a big 12MP (1.8μm pixel) primary shooter, augmented by an ultrawide and a telephoto, plus a fourth speculated to be a macro camera.

Some previous rumors claimed that the upcoming Galaxy S series of devices would stop the trend of having a separate 5G-specific model, corroborated by the fact that Qualcomm's next flagship chipset essentially mandates 5G support and Samsung's Galaxy S phones almost always pack the latest Qualcomm SoC (at least, in the USA). This "Galaxy S20+ 5G" name doesn't confirm or deny those rumors, but at least we know that one size/model will include 5G.

We'll know more in about a month when Samsung's Galaxy Unpacked event is anticipated to reveal the Galaxy S20 series.

Weekend poll: Pixel owners, have you received the January update yet?