This article is part of our CES roundups for Google Assistant series.

Abode also showed off a security camera at CES, the Outdoor/Indoor Smart Camera. It can function as part of an existing Abode home security system, or independently. All the usual features are here, including motion detection, low-light vision, two-way communication, and a 1080p 152-degree camera. 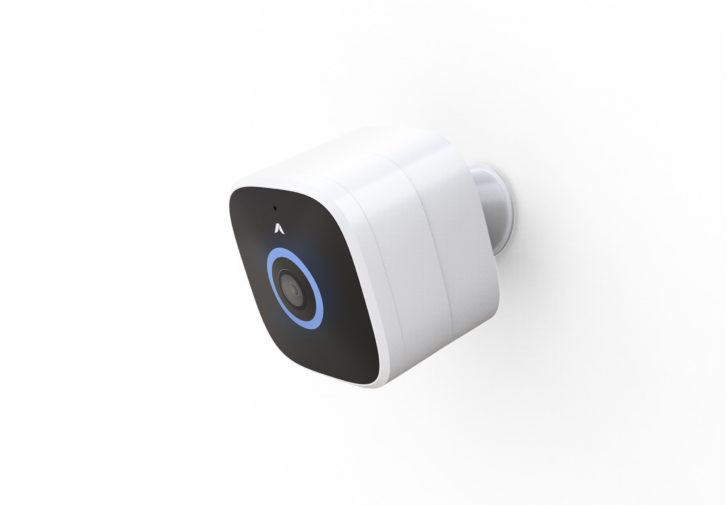 The camera should be available sometime this spring at an expected MSRP of $199. Abode says it is in the process of certifying the camera for use with Google Assistant, Apple HomeKit, and Alexa.

Lenovo showed off a ton of products at CES, but the only one that belongs in this roundup is the Smart Tab M10 Plus (2nd Gen) with the Google Assistant. Yes, that's the real name. 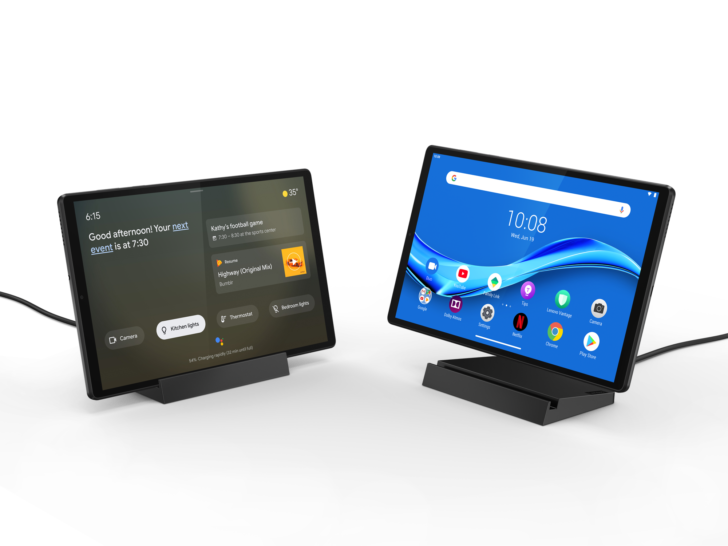 The original Smart Tab was a regular Android tablet that turned into an Amazon Alexa smart display when inserted into a dock. This second-gen model has the same basic concept, but instead of using Alexa, the tablet activates Google Assistant Ambient Mode when docked. You'll be able to buy it sometime this year for $189.

The first of Lifx's CES lineup is the Filament White LED light bulb, an Edison-style bulb similar to ones recently launched by Philips and TP-Link Kasa. 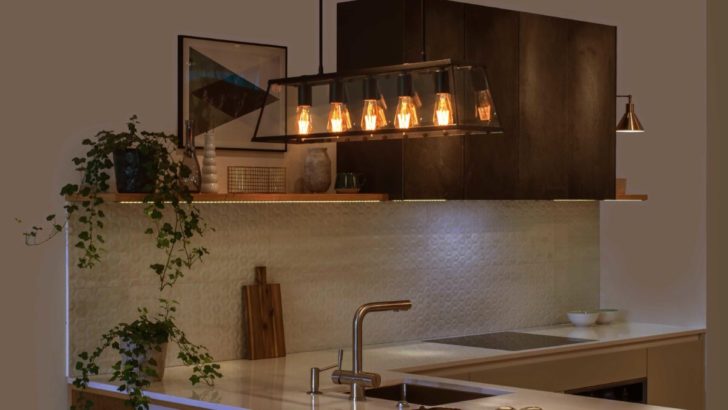 It will come in a variety of glass finishes, and Lifx plans to eventually release more shapes. All the bulbs will have the same 2,700K color temperature, and will arrive later this spring for $30.

The new Lifx Switch replaces in-wall light switches in your home, turning your existing lighting into smart lights. It also has a neat minimalist design, with haptic touch feedback. 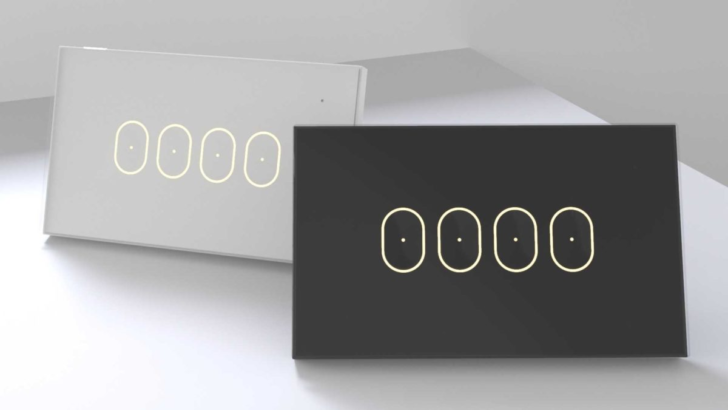 It will cost $120 on its own when it releases in March, but there's a pre-order discount.

Lifx also revealed two new smart lighting strips at CES. The Lifx Z TV 360 strip is designed to wrap around the back of large TVs and monitors, while the X Gamer Kit is intended for use with smaller monitors. 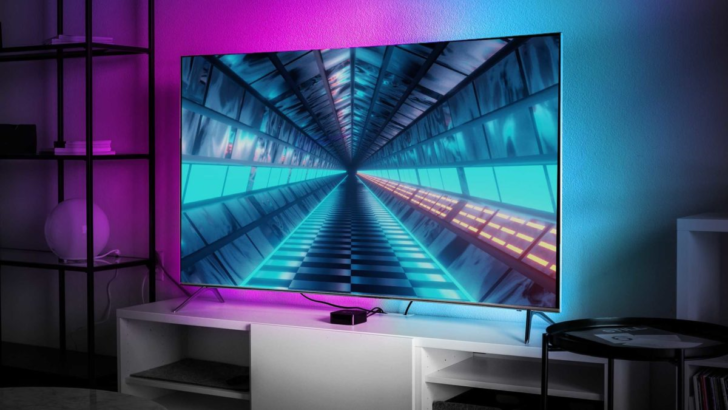 The larger TV 360 kit will cost $100, and the Gamer X Kit is priced at $60. That's not too bad for a smart lighting strip, especially one that doesn't require a hub — most other options start at $100.

This is a candelabra-style light bulb, capable of switching between a hard white color and a softer warm shade. It will cost $30. 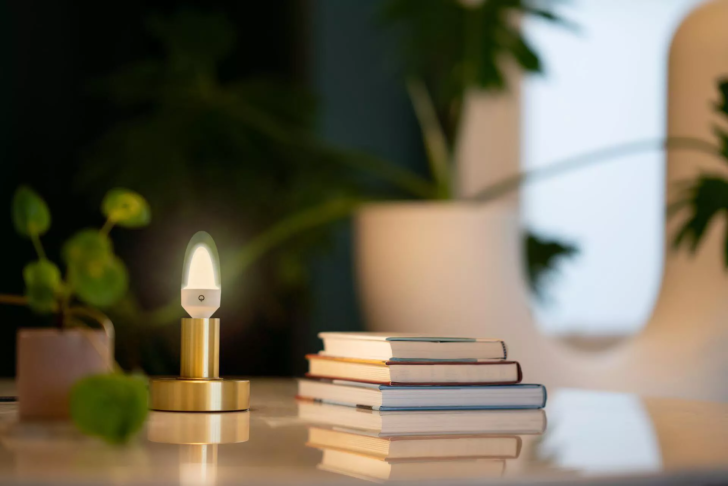 Oh hey, another TV! Panasonic revealed the HZ2000 smart TV at CES, which will be available in both 55-inch and 65-inch sizes. The company claims it's the first OLED TV to support both Dolby Vision IQ and 'Filmmaker Mode,' which disables the annoying frame-smoothing feature that many TVs have offered for years. 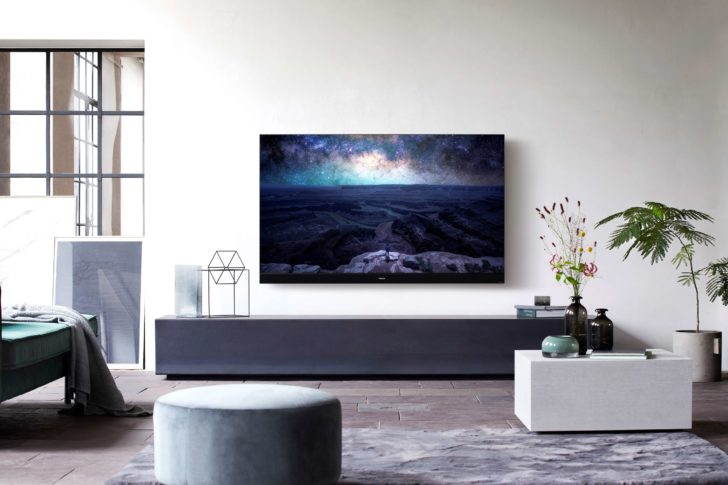 Google Assistant and Alexa will be able to control the TV, though neither seems to be built-in. The TV will become available this summer.

Wemo's smart home products generally don't work as well as competing devices, like those from Philips or TP-Link, but that isn't stopping the company from releasing new offerings. Wemo's latest smart plug is much more compact, matching the size of devices like TP-Link's HS103P2. 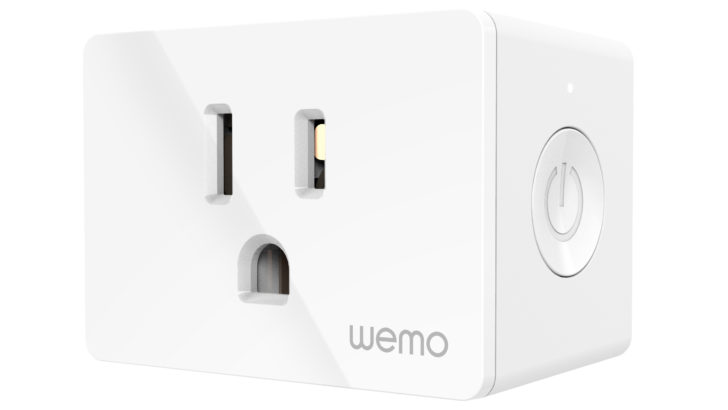 Otherwise, it works just like any other smart switch, complete with Google Assistant, Alexa, and Siri compatibility. It will be available this spring for $24.99, which seems a bit pricey — the above-mentioned TP-Link plug costs $30 for a two-pack (when it's not on sale).

Mirror mirror on the wall... what's the weather going to be like today? HiMirror, a subsidiary of New Kinpo Group, revealed a sliding mirror at CES that runs full Android. Both Google Assistant and Alexa are built-in, and you can even ask Assistant to turn the makeup lights on and off. 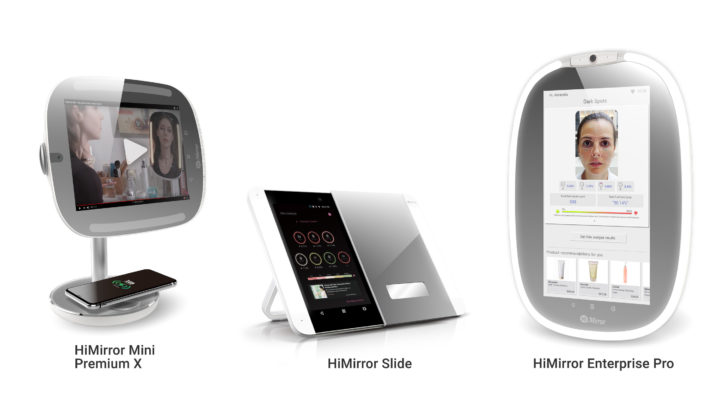 The new HiMirror Slide will cost $119, and you can buy it right now. HiMirror also showed off versions of the mirror designed to be used in enterprise settings, because this definitely seems like something offices would use, right?

Orbit revealed the B-hyve XR Smart Sprinkler Timer at CES, featuring easy-to-wire angled terminals, app-based controls, and support for both Google Assistant and Alexa. An exact release date was not mentioned, but the 8-zone model will cost $149, and the 16-zone version will be $179. 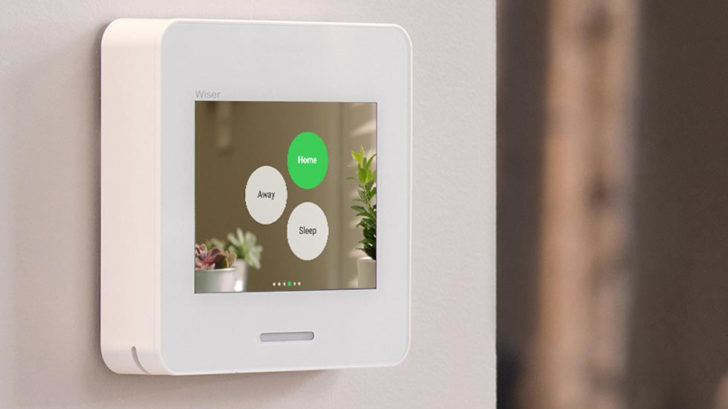 The company is also planning a 'Square D Connected Home' that is intended to be an "innovative residential system and solution for flexible energy needs that enables easy connections for all types of power supply environments including solar, inverter, battery and service entrance needs."

ViewSonic had a few projectors to show off at CES, including two models that can be controlled by Google Assistant: the X10-4KE and X100-4K. Both models have LED-based lamps capable of playing 4K content, Harman Kardon speakers, HDR support, and more. The latter projector has the added benefit of an ultra-quiet design and lens shifting for mounting on ceilings.

Lifx wasn't the only company bringing classic-looking smart lights to CES. Sengled announced the Edison Filament Bulb, which is set to a 2100K color temperature. 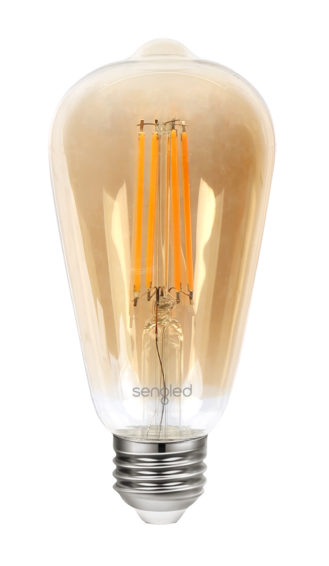 The company also announced a new E12 Candle Light Bulb, with multiple colors available, and a Smart Plug with Energy Monitoring, which does exactly what it sounds like. Sengled's smart products still need to be connected to a hub to work, though — something that is a bit hard to swallow when the bulbs go for $25-$30. 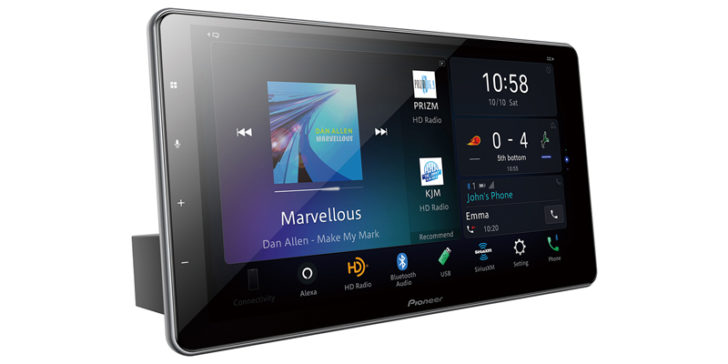 Chipolo has been producing Tile-like Bluetooth object trackers for a while now, and the company announced its new Chipolo One device at CES. It's a $25 coin-shaped tracker that can be activated using a phone app, or with Google Assistant. You can also share access to other people. 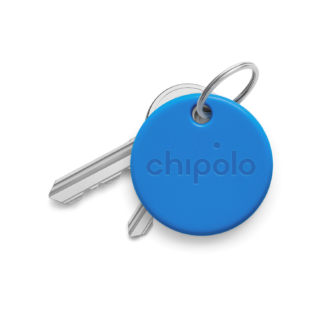 The Chipolo One is already available at retailers like Amazon, at an MSRP for $25.

If you're getting tired of reading about all the usual smart devices, here's something different: a smart air purifier. OneLife GmbH revealed the PureOne purifier, which claims to remove "more harmful substances — including the smallest PM 1.0 particles — than any other air purifier."

The PureOne uses a plasma filter to "create high filtration performance at low ventilator speed," and can be controlled with Google Assistant, Alexa, Siri, or smartphone apps. More information can be found here.

Alpine also showed off an Android Auto head unit at CES, the massive 11-inch iLX-F411. It extends out from the dash with an adjustable height, depth, and angle. Being Android Auto, it can access Google Assistant. 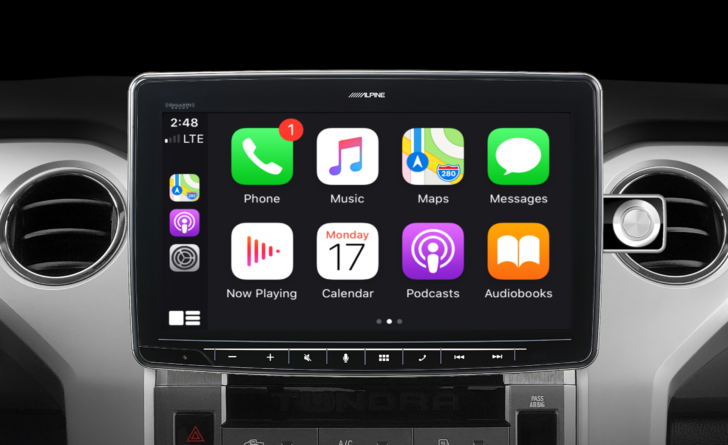 Security company August introduced its new Wi-Fi door lock at CES, the aptly-named Wi-Fi Smart Lock. It's 45% smaller in volume and 20% slimmer compared to August's previous locks, and doesn't require an additional hub to connect to the internet. 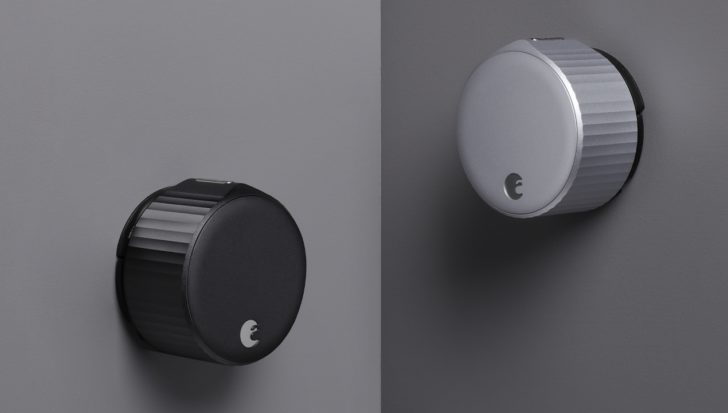 The Wi-Fi Smart Lock works with Alexa, Google Assistant, Siri, and even IFTTT. No release date or pricing information is known yet.

As long as this list is, we haven't seen a smart garage door opener yet! Genie announced two new garage door openers at CES, and one of them (Model 6170) integrates with Google Assistant and Alexa. I would totally name my garage "pod bay doors" so I could say "Hey Google, open the pod bay doors." 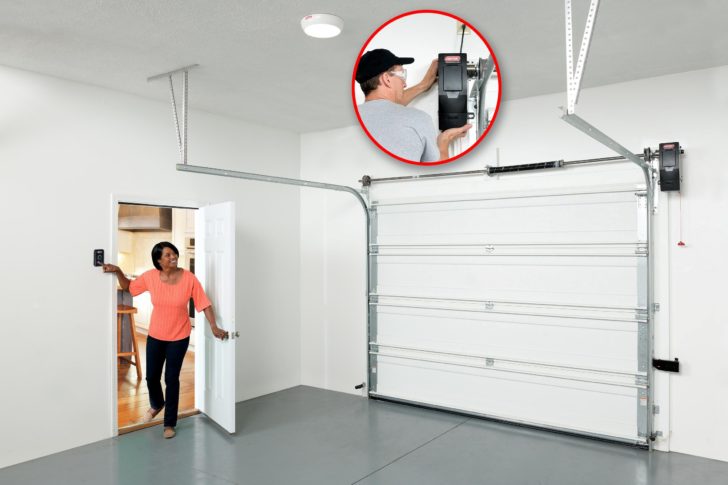 Other features include a minimal rail system, a battery backup, and a pre-programmed remote. You can find out more information here.

The OnePlus 8 will launch on Verizon in the US, packs 5G connectivity