Smart bulbs can be divided into two main categories: the ones that connect to your router using Wi-Fi, or those that require an intermediary bridge. Others also use Bluetooth, but they're usually less convenient, as they're not directly connected to the Internet. With the acquisition of WiZ, Signify, the company behind Philips Hue lights, has taken a smart approach, as it's present in the three aforementioned categories. With this in mind, it's just announced a new remote control and a motion sensor for its Wi-Fi lights, following in Hue's footsteps.

The first product unveiled as CES is the WiZmote, a Wi-Fi remote to control WiZ products to adjust your lighting. Interestingly, it connects directly to the bulbs without going trough an Internet access, with a range of about 50 feet. The various buttons can control up to four individual lights, including their brightness settings, and the remote can be configured using the WiZ app to set circadian rhythms for the room. Unfortunately, I personally find its design to lack a little extra work, especially when you compare it to appealing Hue remotes. The device will be available starting April for about $15.

In addition to the WiZmote, the company also announced a connected motion sensor with built-in daylight detection. It can trigger predefined lighting modes and automatically turn off or dim lights when no movement is detected. When it's dark, it can turn on nightlights when it senses motion, helping you roam your house at night. The actions the sensor can trigger can be customized using the WiZ app, including which lights it controls, and after how long it should launch a preset event. Like most WiZ products, it connects to a Wi-Fi network to communicate with your lights. In terms of availability, the WiZ Motion Sensor will be released this summer and cost approximately $20.

Lastly, WiZ introduced new energy optimization features in its app, which now include the ability to monitor each light's individual power consumption. There's also an option to dim lights according to a preset schedule, which will help reduce power consumption. Lastly, the company is working on a range of smart plugs with built-in power meters, which will also integrate with its app and ecosystem. 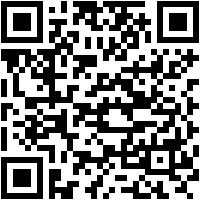 Power Support Claw review: If you've got a Stadia controller, you might as well