Samsung’s T series of external SSDs have made a name for themselves owing to the compact, pocketable design and the USB-C interface. The last-gen T5 wasn’t the fastest SSD around with transfer speeds topping at 540MB/s, but its rather uncompromising overall package garnered general approval. Its follow-up—the T7 Touch—debuted at this year’s CES sporting a fancy fingerprint reader for hardware-based security and, of course, faster transfer rates.

The idea behind fingerprint-based security is to make unlocking the SSD frictionless, and add another safety layer over the basic password protection to effectively avoid remote file decryption. An LED light rings the scanner to indicate the drive’s transfer or idle state. Samsung claims that the drive can touch speeds of over 1,000MB/s for both reading and writing over the USB 3.2 Gen 2 standard (no Thunderbolt 3, sorry). It comes bundled with both USB Type-C-to-C and USB Type-C-to-A cables that support the faster transmission rates.

The metal-clad T7 Touch offers 500GB as base storage, doing away with the entry-level 250GB capacity, with two additional options of 1TB and 2TB. If you want no-frills external storage without the fingerprint reader, Samsung will soon be bringing the T7 variant to suit your needs. It’ll borrow everything from the Touch model, except for the biometrics scanner.

You’ll be able to pick the T7 Touch in one of the 30 countries where it will start shipping within this month, with more markets expected to join soon. It’ll cost $130 (MSRP) for the base 500GB storage, while the 1TB and 2TB variants will cost $230 and $400, respectively. The non-Touch T7 is slated to go on sale sometime in Q2 2020, likely at a lower price, given the lack of a prominent feature. You’ll get three years of brand warranty with either model. 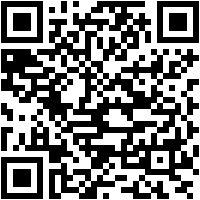