Google bills Stadia as "one place for all the ways we play" — meaning on TV, desktop, and mobile. But considering Stadia's games aren't controllable by touch, playing on a phone can get awkward. Enter the Claw: a made-for-Google phone cradle custom fit to the Stadia controller. It's not great, but outside of Stadia's inherent drawbacks, it does facilitate phone play, and for $15, you might as well pick one up.

There's not much to the Claw. It's a hunk of plastic molded to fit around the Stadia controller, with a little arm leading to a cradle that holds a phone — that cradle opens to about three and a quarter inches wide, so if you've got a chunky case on a Pixel 4 XL, you might have to remove it to insert your phone. Assuming you're using the Stadia controller, the Claw's custom fit is nice: it snaps on very securely, and there are cutouts for the USB port, home button, and headphone jack. If you prefer any other gamepad for handheld play, though, the accessory is a non-starter. It only fits on Google's controller. 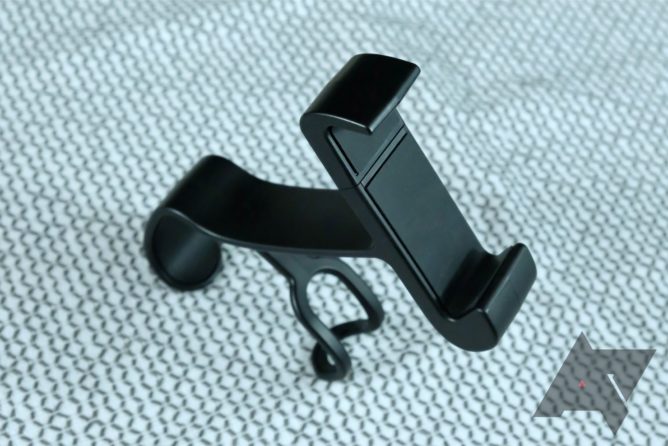 All the surfaces that make contact with either the gamepad or your phone are padded. Even so, I've heard reports that the Claw has scratched some controllers. Mine is still unscathed, and I don't think it's particularly hard to get the cradle attached without rubbing plastic on plastic, but there shouldn't be so much room for user error in a product that's so simple.

Snapping the Claw onto the Stadia controller only takes a few seconds; some care has to be taken not to rub unprotected plastic bits on the controller's surface, but it's hardly an involved process. Once it's attached to the gamepad, you just slot your phone into the spring-loaded cradle up top and you're off to the races. 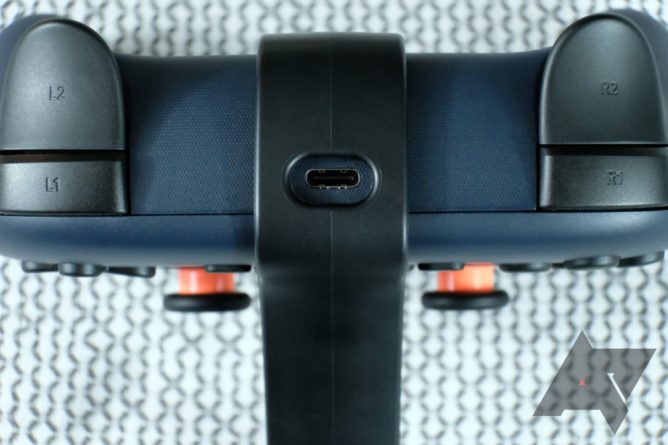 The accessory was clearly designed for users playing upright with the controller held out in front, and the weight of the controller and attached phone is balanced accordingly. That means that while playing sat at a table or upright on the couch, the Claw is very comfortable to use, with all the weight in your hands pressing straight down. If you want to lounge or play in bed, though, it becomes unbalanced. The strain this caused in my wrists, while certainly mild, got irritating after about a half hour.

Sure. If you've got the Stadia controller and want to use it to play on your phone, this is probably the best way to do that. Honestly, I don't like the Claw very much — its weight with a phone attached can be awkwardly balanced, and although I haven't had this issue, the experience of others shows it can be tricky to get on and off without scuffing your controller. But it's not expensive, and there aren't many controller mounts built to fit the Stadia gamepad yet.

The Stadia experience on mobile is still pretty shoddy, though. The Stadia controller requires a USB connection to your phone; wireless connectivity is coming later. You also can't play over mobile data, regardless of your connection speed and whether or not you have a data cap. To top it all off, you can still only play on Pixel phones (officially, anyway). If you're not already interested in playing Stadia games on your phone, the Claw isn't a particularly compelling reason to start. 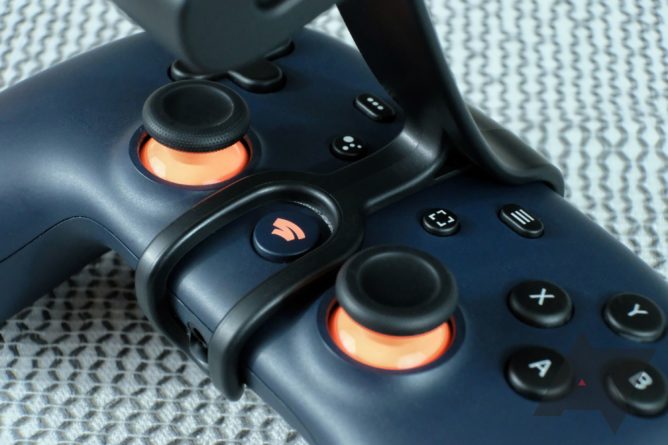 You have a Stadia controller and really want to play games on your phone.

You have any other gamepad. The Claw won't fit.