When OnePlus announced it would unveil a concept smartphone at CES this week, speculation ran rampant. Could it be a foldable? A first look at the OnePlus 8? Some new form factor or extreme design exploration? Well, then we learned it was actually... none of those things. It was a phone wrapped in leather with disappearing camera lenses. I took a quick look at the Concept One here in Las Vegas yesterday, and I can confirm that's what we got. Also, that it is very, very orange.

It is a bit puzzling at first blush; why is OnePlus making so much noise about a phone which you'll never be able to buy and which features a technology which, to be blunt about it, no one was asking for? The company has long been an aggressive self-promoter, but I think that in the case of the Concept One, OnePlus wants to push the narrative that it is pursuing new technology on its own, rather than standing on the shoulders of suppliers or partners. OnePlus says it's spent 18 months—working in part with supercar manufacturer McLaren—to make the electrochromic glass tech a reality, and that it really is a smartphone world first. 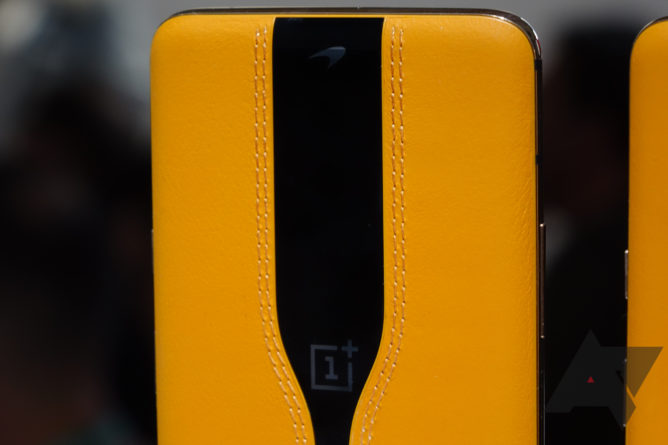 I saw it, and it works as advertised. The rear cameras aren't completely invisible when the glass is in its darkened state, but they're invisible enough that the Invisible Camera (which is what OnePlus is calling it) feature earns its moniker. The shift happens quickly, as well: within around a second or two of closing or opening the camera app.

OnePlus also claims that this technology has allowed them to incorporate a sort of de facto neutral density filter into the Concept One's cameras. The utility for an ND filter on a smartphone camera is admittedly questionable. Aside from perhaps capturing long-exposure motion blur shots in very bright conditions, there are very few everyday scenarios in which this feature could be useful. Additionally, OnePlus was immediately forced to admit that its ND filter would probably suffer from hue distortion, owing to the fact that electrochromic tinting leans deep into the blue and purple end of the color spectrum. This could theoretically be rectified in software processing to some degree, but again, I kind of think it's beside the point given an ND filter's limited usefulness on a smartphone anyway. 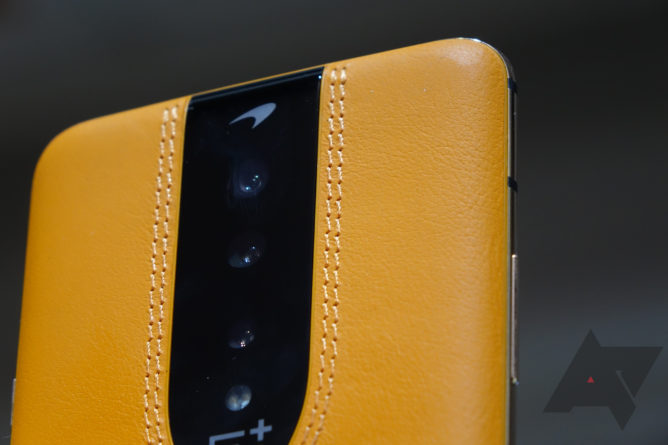 As to when we can expect to see any of this stuff trickle into OnePlus phones that will actually launch? There's no firm answer, and no guarantee that the electrochromic tech will prove durable enough to be used in a production smartphone. That's kind of a given with any concept, of course: that's why it's a concept. But OnePlus sounds optimistic that, barring any seriously unexpected reliability issues, this is something it wants to do. And no doubt, it's kind of a cool little party trick. (My money is personally on this tech reappearing in the next McLaren edition OnePlus phone this fall.) 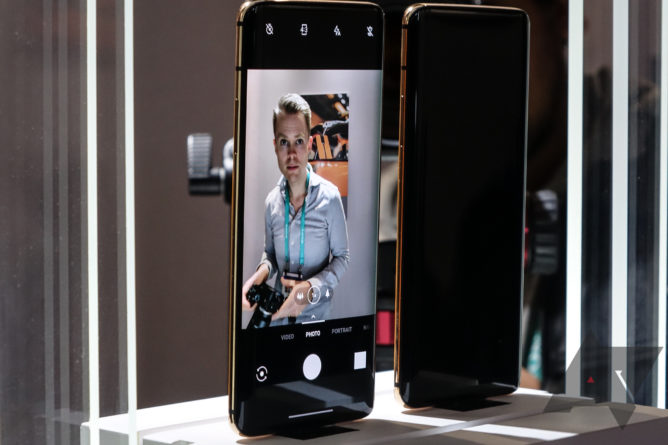 The rest of the Concept One is a mild exploration in new materials engineering, with a PVD-applied layer of 24ct gold on the aluminum frame. PVD application ensures an efficient use of the coating material and also tends to increase its durability versus traditional coating methods, and the Concept One's frame is indeed quite shiny. There's also a very bright orange leather rear cover on the phone, which again, is a nod to McLaren's iconic papaya orange. Internally, the phone is identical to the current OnePlus 7T Pro, and it was clear OnePlus didn't intend this concept to showcase anything but the glass tinting and materials explorations it debuted.

I'm certainly for more varied materials in our smartphones, especially those that reduce the amount of fragile glass we have to look out for day to day. Though, I think a leather-bound smartphone might be a bit of a tough sell, especially given most people will want to slap a case on it. But I wouldn't be surprised if, say, a McLaren orange leather case were to be a thing you could buy for a OnePlus smartphone at some point.

Anyway, it does look pretty cool, doesn't it? 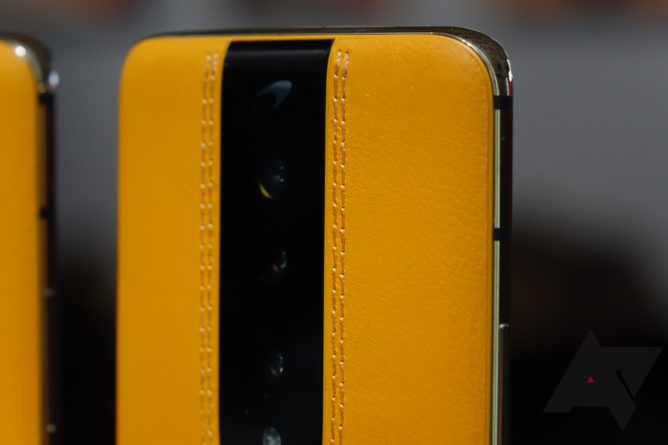