Samsung's Bixby-powered 'Galaxy Home' smart speaker has become a running gag in the tech world, as Samsung has barely mentioned it since it was announced in 2018 (alongside the Galaxy Note9). While the original speaker is still slated for a Q3 2019 release, a smaller version passed through the FCC a few months ago, and now it's going out to beta testers in Samsung's home country of South Korea.

The speaker takes some design cues from the larger Galaxy Home, as it has a rounded shape and is covered in a blue mesh. Samsung's info page for beta testers confirms it uses the Bixby voice assistant, and uses 'AKG sound technology,' so audio quality shouldn't be terrible. 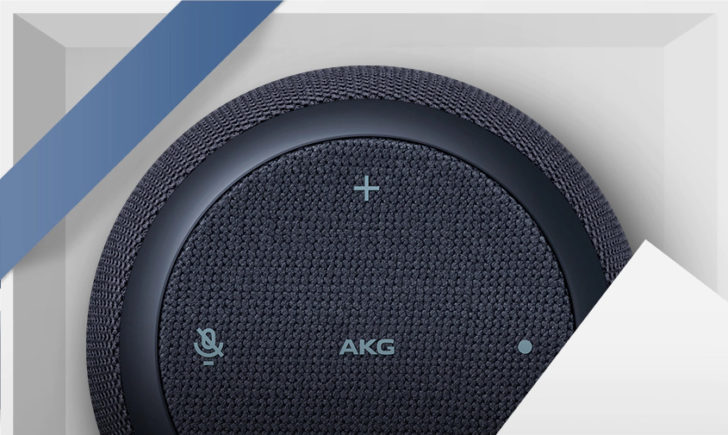 Perhaps the most interesting aspect of the speaker is that it seems to have an IR blaster built-in — a translated version of the Korean page reads, "Infrared remote control lets you control a variety of home appliances." That's something the Google Home Mini and Amazon Echo Dot both lack, so if Samsung can make it a compelling feature, that's one edge the Galaxy Home Mini could have over its competitors.

Samsung is currently accepting applications for early beta testers in South Korea. If you fit the criteria, you can apply at the link below.

The Galaxy Home Mini was spotted by SamMobile at Samsung Developer Conference 2019. No official announcement was made, but the speaker was casually shown off as part of a product demo wall.

From a Samsung Bixby Developer Day event at Seoul on Thursday, we have learned that the Galaxy Home Mini will come with four IR remote transmitters and receivers that allow it to do at least one thing other speakers can't: control and automate appliances that use IR signals, even without a working Wi-Fi connection. Yonhap News Agency reports that although the product feedback from the Home Mini beta testers have been positive, the release date still hasn't been determined.

Speaking to Bloomberg, Hyunsuk Kim, Samsung’s consumer electronics division's chief executive officer, said that the company plans to release the Galaxy Home Mini in early 2020. He also revealed he's been testing the speaker in his own home with 63 connected gadgets from Samsung and third parties, including home appliances, lighting, curtains, and more. He emphasized that the speaker's release date doesn't matter as much as how capable and developed the included tech is before it comes to the public.

Sony Xperia 5 Plus leaks with 6.6-inch screen and headphone jack

Moshi offers 10-year global warranty for all of its products