It's an unfortunate reality that our phones too often outlive the batteries that power them. While a recently purchased phone may easily last over a day on a single charge, after a few years the battery will degrade in its capacity resulting in far less stellar battery performance. The problem is so prevalent that Apple has even famously underclocked some of its devices because the batteries could no longer power the phone's components consistently. Some phone manufacturers have attempted to reduce this degradation by implementing software solutions to prevent their phones from remaining at 100% battery for extended periods of time. We've seen this from Asus and Apple, and even the car manufacturer Tesla, and now OnePlus has opened up about its own version of the feature.

One common cause of battery degradation is user behavior. Though we no longer worry about overcharging our devices by leaving them plugged overnight, lithium-ion batteries don't like being kept at full capacity ⁠— as they would be when charged over several hours. The longer a battery remains fully charged, the more wear it will experience, resulting in a battery with less capacity over time. Tesla has opted to combat this problem in its electric cars by offering the option for drivers to limit the charge of the car's battery so the battery never gets filled beyond a certain percentage. 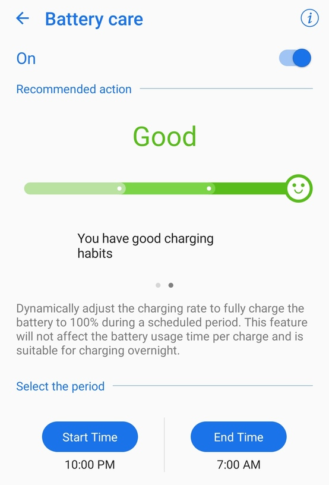 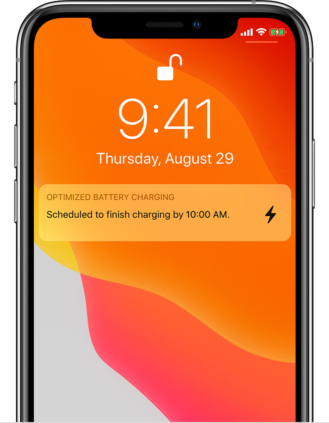 Apple and Asus adopt a more nuanced approach, limiting the timeframe in which the phone charges fully. Asus has you manually inputting the time that you charge your phone, while Apple's implementation uses behavioral learning to determine how to charge. The feature activates when you charge your phone at night, limiting its charge to a lesser capacity, then charging fully as it gets closer to the time you are likely to begin using the phone again.

Oneplus's Optimized Charging feature works similarly, only charging the phone to 100% when you need it. It does so by predicting when you will first need your phone in the morning based on your alarms, calendar, and continued user behavior. The feature rolled out to the OnePlus 7 and 7 Pro as part of the Oxygen OS Open Beta 7 last month, and we'll likely see it come to more models in the near future as well as stable versions of OnePlus firmware. If you're on the beta and want to enable it, head to Battery in the settings and turn on Optimized Charging. You'll get a notification telling you it's active, plus you'll be able to disable it to continue charging as normal if you plan to take your phone off the power sooner than usual.

As more manufacturers adopt these battery protection features, I'm hoping it will come to stock android in the future as well. An increase in the lifespan of the battery negates a large reason that you may need to replace your phone and creates a more valuable device in the process.