In the span of a few years, Insta360 has made itself a name in the 360 camera space thanks to an excellent balance between specs, image and video quality, funky additional features, and price. After a small detour with the Insta360 GO, the company is now back with its most ambitious 360 and action cam to date, the One R.

The One R's modular design is made of several interconnecting pieces that start with the red and black battery base. This part isn't an additional battery, but the main one, so it's essential for the camera's proper functioning. 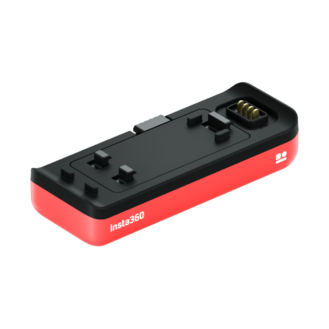 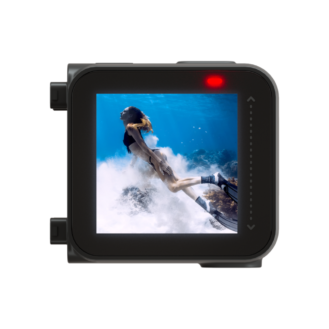 On top of it, you can affix two different cubes side by side. One of them has to be the camera's core, which houses a small touch display, the power button, capture button, and MicroSD card slot. 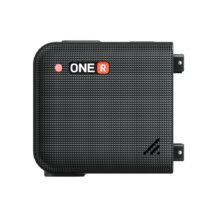 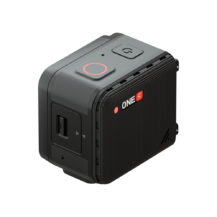 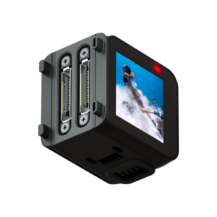 The One R is Insta360's first camera to charge over USB-C and to be rugged and fully waterproof up to 5m when assembled, with an IPX8 rating. These are the two features I've wanted the most on the company's other products, and I'm glad to see them finally being implemented here. 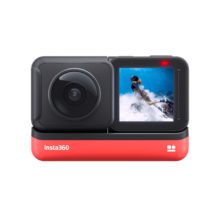 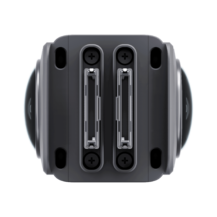 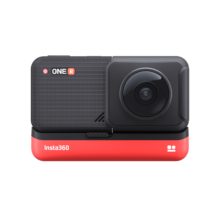 The second mod is a little more ordinary. It's an F2.0 4K wide-angle camera for 4000x3000 photos, and different video resolutions including [email protected] and going up to 200fps at full HD. Since the mod design is reversible, you can attach it so it's facing the front or the back, which lets you see yourself while you're filming. 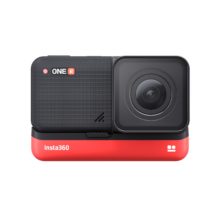 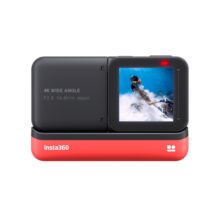 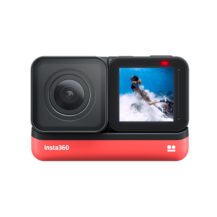 The final mod is a collaboration with Leica and has a massive 1-inch wide-angle sensor. It can take 19MP pics and up to [email protected] video ([email protected], full HD at 120fps), but its real strength lies in difficult lighting situations. Like the regular 4K mod, it's reversible, so you can shoot yourself or what's in front of you while still keeping an eye on the display. 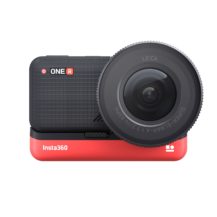 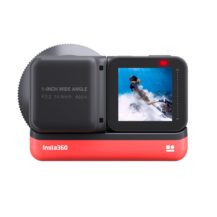 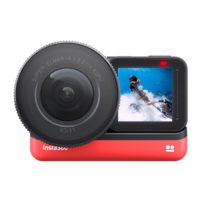 It has Bluetooth 4.0, one hour of battery life on video, and is compatible with both Android and iOS.

On the software side, Insta360 offers several enhancements to make video editing easy. Deep Track keeps an eye on a specific subject and follows it, even if it's momentarily obscured or obstructed from view. AutoFrame finds the most interesting angles and bits of a 360 video and recommends them. FlashCut finds shots and videos for a specific theme (food, travel, pets, sports) across your entire library and makes a video out of them.

One of the downsides of this modular design, beside the fact that you'll need to manually change between different hardware configurations, removing any spontaneity element, is that it doesn't come with a tripod screw. Insta360 has deviated from its previous cameras and decided to go for a bracket with a GoPro-like mount, which houses the tripod screw. So you'll have to build the cam, put it in the bracket, then mount it on your selfie stick or helmet. If you want to switch between the 360 mod and the 4K mod, for example, or flip the mod around to take a selfie while seeing yourself, you'll have to take everything apart and put it back together. I imagine this will get very tedious very fast, but it's the price to pay for modularity and other potential expansions.

On the upside, this mounting bracket has an Accessory Shoe for an extra light or an external mic, adding versatility to the design. 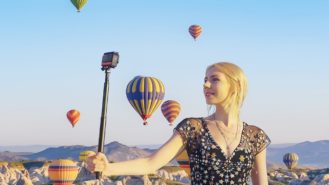 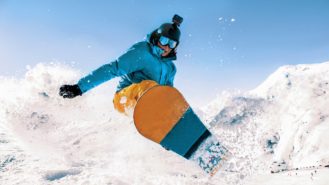 Other accessories include lens guards for the protruding 360 mod's lenses, which mount directly on the bracket. 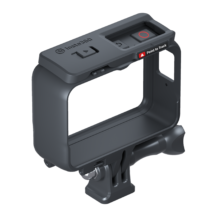 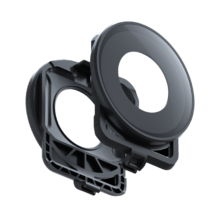 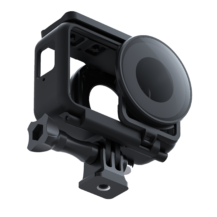 Also available are a Dive Case which makes the cam waterproof up to 60m, a Boosted battery base for longer battery life, a fast charge hub for filling up two batteries simultaneously, and a USB-C microphone adapter for using an external mic. 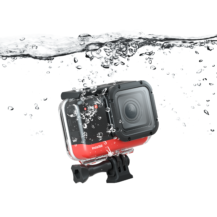 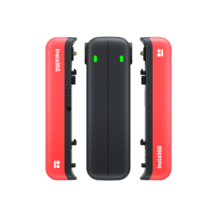 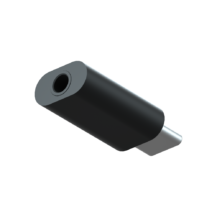 And finally, Insta360 is also introducing a drone mount for the Mavic 1 Pro, Mavic 2 Zoom, Mavic 2 Pro, and some other FPVs, which lets you get full 360 aerial shots with the drone completely invisible.

The Insta360 One R is already available on Insta360's site. You can currently buy it in different preset "editions," which are essentially bundles with different elements put together, or build your own, though that might end up costing you a lot more. 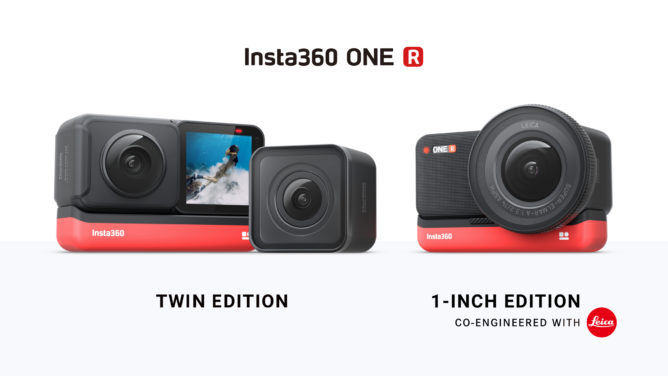 The OnePlus Concept One is very, very orange