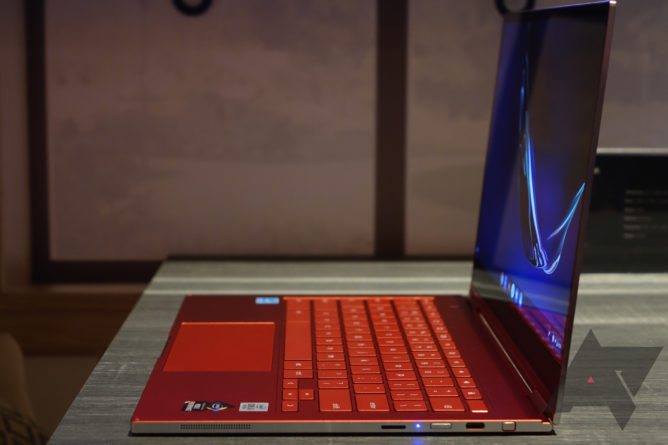 Alright, let's get to the meaty stuff: the Galaxy Chromebook is Samsung's first-ever OLED display laptop, with a 13.3" screen. It's beautiful, bright, vivid, and sharp, boasting true 4K resolution and the deep, inky blacks that make OLED displays such a treat on TVs and smartphones. Perhaps the only downside of this otherwise beautiful panel is its 16:9 aspect ratio, which is painfully behind the times for a machine being billed as one for pro-level users. 16:10 is really the bare minimum I'd ask for in 2020, with 3:2 being the productivity sweet spot. I get that our movies, TV, and games are designed for wide formats, but nothing else is! It's forgivable in the grand scheme, though, because the rest of this laptop is quite impressive. 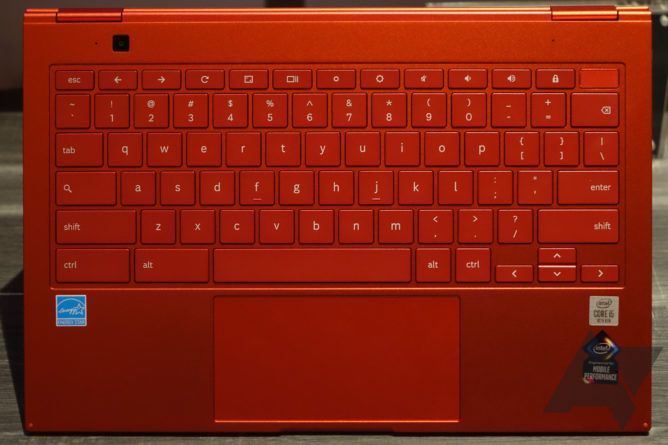 Boasting a 10th generation Comet Lake U-Series i5 processor, the Galaxy Chromebook has immediately become the most powerful Chromebook on the market. Its 15 Watt processor has four cores and a max turbo boost frequency of 4.2GHz (it may be lower based on Samsung's configuration), and it is the first 10th gen Intel Chromebook. Google and Samsung also worked with Intel to ensure that the Galaxy Chromebook met the requirements for Intel's Project Athena, essentially an evolution of the Ultrabook concept that seeks to further emphasize performance, battery life, and efficient packaging when using Intel chipsets. That also allowed the Galaxy Chromebook to go fanless: this 15W quad-core laptop relies solely on passive heat dissipation. I do have concerns here: a 15W processor is going to generate considerable thermals when under intense load, especially for any sustained duration. My Surface Laptop 3 with its more efficient 15W Ice Lake processor and powerful active cooling even gets very warm when pushed hard, so I'll be curious how this plays out in the real world for Samsung. 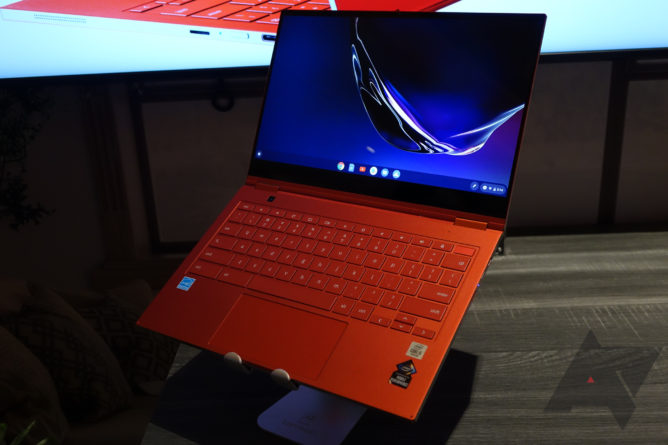 Perhaps my only real letdown while trying out the Galaxy Chromebook was the keyboard. The layout is fine and not at all cramped, but the key travel is minimal and the feel a bit mushy. It's not a deal breaker, but it could be that one little thing that sets it apart from the larger ecosystem of ultraportables. Oh, and the trackpad is a bit small (vertically) for my liking, but it's totally usable. The battery is a bit on the petite size as well, at least for something sporting a beefy 15W processor: it's 49Wh, which isn't tiny, but I doubt the Galaxy Chromebook will last terribly long on a charge in more intensive applications. 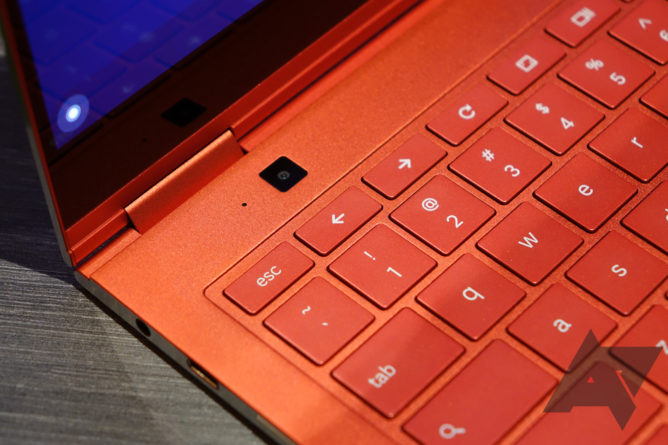 Standard equipment on the Galaxy Chromebook is impressive. You get two USB-C ports, a microSD slot, 256GB of storage, 8GB of RAM, an S Pen stylus, and a fingerprint scanner (a 16GB RAM model with 1TB of storage will also be available). And what would you expect this all to cost, especially given the exotic OLED display? I have to say, I was pleasantly surprised: the Galaxy Chromebook starts at $999. That's not cheap, particularly for a Chromebook, but the bill of materials for this laptop is not exactly an exercise in cost cutting. This is a premium laptop, and one with a screen you simply won't find on almost any other notebook, no matter what operating system it's running.

The Galaxy Chromebook will be available in Q1 of this year. Pricing for the 16GB/1TB model was not available at the time of publication. 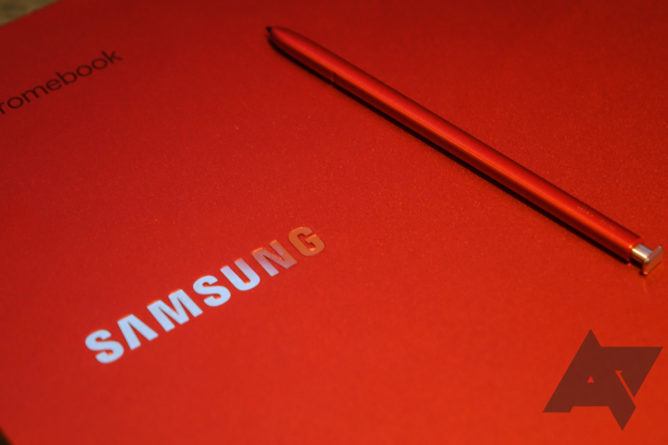 Suunto 7 is the Finnish brand's first Wear OS smartwatch, and it comes with offline maps

Looking for pics taken at work or a friend's house? Google Photos can now search for your ...