Pixel 4 owners using Simple for their banking needs will soon have a much more convenient time checking their balance or transferring cash into savings "Goals." The latest beta release of the Simple app now supports the Android 10 biometrics API, signing you in with just a glance and a tap — almost as convenient as your fingerprint.

For the unfamiliar, one of the biggest unanticipated inconveniences of using a Pixel 4 is the fact that you can't easily log into most apps the same way that you could with a fingerprint sensor — which the phone lacks. The new face unlock system might be convenient in isolation, but it means that apps have to update to use the new (-ish) biometrics API to support it, and Pixel 4 owners have been stuck collectively twiddling their thumbs as they wait for developers to target a single device.

As of the most recent v2.90.0 release, compatible devices can use the Android 10 biometrics API in Simple's app, instead of manually typing out a PIN in the absence of a fingerprint sensor. In short, that means Pixel 4 users can unlock Simple's app using the phone's built-in face recognition. 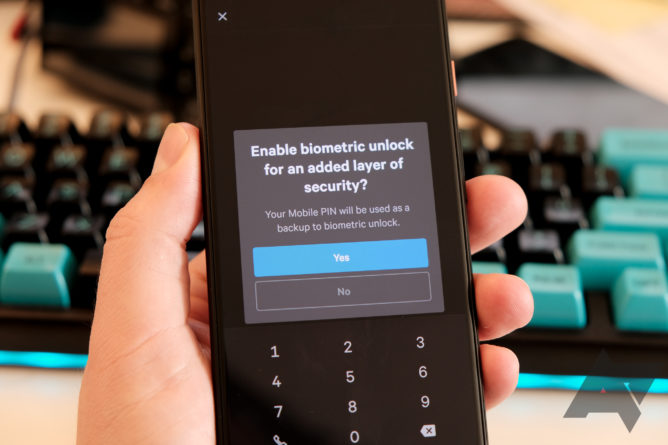 You'll be prompted to enable biometric/face unlock the next time you open the app after updating.

The update is available via the app's beta testing program now (which may be full). Presumably, once it passes muster, the feature will be rolled out more widely in a stable update.