The coming year may mark a return of OnePlus-branded mid-range phones after nearly four years of inactivity, according to a new leak. A set of CAD-based renders shared by 91mobiles and OnLeaks show the alleged OnePlus 8 Lite with a flat display and a centered hole-punch camera. The handset takes design cues from the OnePlus 8 and the 8 Pro that surfaced in similar renders in October. One particularly striking change is the repositioned camera bump that now sits closer to the left edge, making it look more like Samsung’s upcoming lineup. The rectangular bump houses a pair of cameras and an LED flash, while a ToF sensor is placed on the side. The OnePlus 8 Lite is said to be 8.6mm thick, possibly excluding the raised camera lenses, and will include a USB-C port, though a headphone jack is nowhere to be found. It’ll use a 6.4 or 6.5-inch OLED panel with the 90Hz refresh rate, in line with the company’s commitment.

The report doesn’t share how the 8 Lite will differentiate itself from other OnePlus flagship models, nor does it say anything about its pricing. We can only speculate that the handset could use a lower-tier processor from Qualcomm, instead of the Snapdragon 865, and a more modest RAM and storage configuration.

Nevertheless, it’s interesting to see OnePlus making a comeback to the mid-range segment that is more buzzing than ever. Its last phone in the category — the OnePlus X — didn’t fare well with consumers, and the company pivoted back to flagships. The ever-growing prices of its premium models vacated the mid-tier space for the likes of the Poco F1 and the Redmi K20. The OnePlus 8 Lite could be an attempt to reclaim lost market share if the handset manages to materialize next year.

A OnePlus 8 Lite dummy may have just made an appearance during a chat session with OnePlus CEO Pete Lau. At around 29 minutes into the video (via Slashleaks), the camera turns to a stack of prototypes, one of which has an uncanny resemblance to the previous 8 Lite renders. While maintaining its general squarish outline, the camera bump now seemingly houses an additional sensor and a repositioned flash. 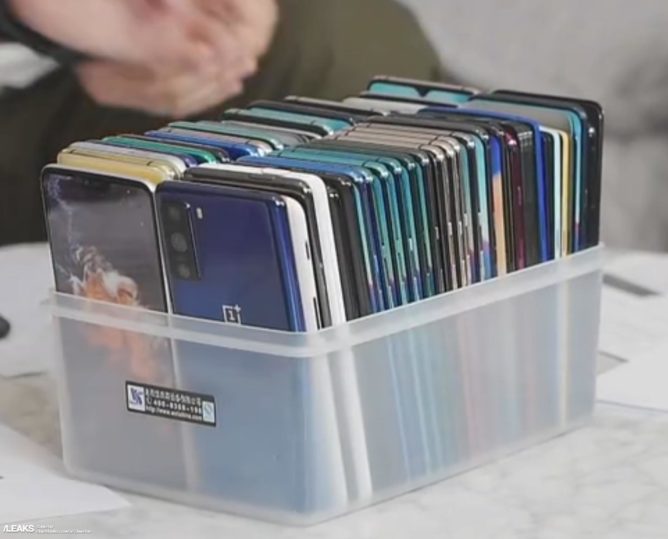 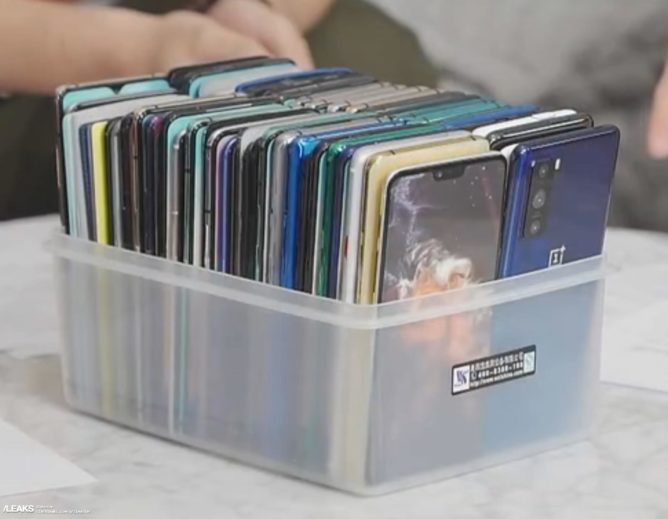 Taking note of this development, Steve McFly of @OnLeaks tweaked his OnePlus 8 Lite render to include the third camera and move the LED light out of the bump. It appears that the company may still be playing around with the phone’s design, which may undergo further changes before the official unveiling.

As a little Eye Candy, my #OnePlus8Lite leak updated accordingly, in order to match today's prototype...
You're welcome...😋 pic.twitter.com/xupctBte7X

It turns out that the live photos we reported on in an update to this post last month are part of a series of photoshopped images circulated on the internet, according to a revelation shared by Max J. on Twitter. Such leaks should always be taken with a grain of salt as the chances of them being faked are relatively high, and that was sadly the case here.

"Max how can you say it's fake when it's clearly real"
Yeah. "Real"
I told you. pic.twitter.com/gBtAEzRGJq

Pixel Slate shipments from Black Friday have been delayed for more than a month, but the wait ...