Moen, of kitchen and bathroom fixture fame, has released a handful of new smart home connected products at this year's CES. In addition to the U by Moen Smart Faucet, the company has also announced a new Smart Water Detector meant to work with its already-existing (but for some reason re-announced) smart water valve. They're all part of the "Moen Network," a connected system for your home's plumbing. 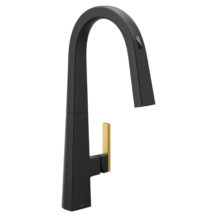 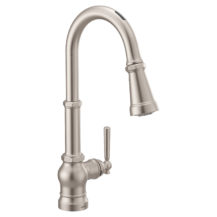 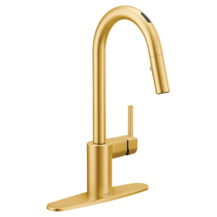 Available in a handful of finishes and styles. Note the glossy area near the top for gesture controls.

The new smart faucet can dispense water in fixed quantities and temperatures, with configurable presets and support for both metric and non-metric measurements, including fractions. As you'd probably expect, it works with both the Assistant and Alexa. If you prefer manual control, a touch-free sensor allows gesture controls as well. The smart faucet will be available in a handful of different finishes and styles. 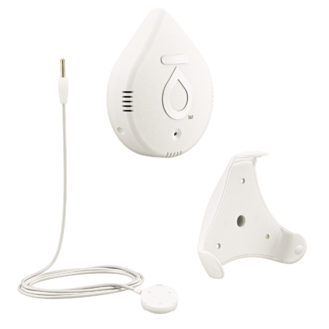 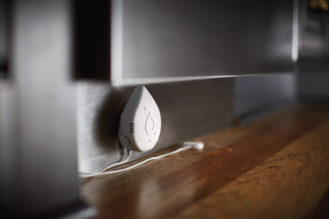 The new "Flo by Moen" series smart water detector works with the company's existing shutoff valve work to detect and mitigate water leaks, potentially preventing further damage in the event of a problem (or if you run into especially serious problems installing that smart faucet).

All of the new hardware can be controlled and connected via Moen's apps, and though it might be an expensive arrangement, the products can work together to do even more. So if you detect that water leak with the Smart Water Detector, your "Flo by Moen Smart Water Shutoff" water valve can be configured to automatically and remotely disable your home's water valve through the Moen app, remotely notifying you of the problem.

The new sensor and faucet are meant to complement the (slightly ridiculous) U By Moen Smart Shower that you might remember from a few years back, as well as the Flo by Moen smart valve which was released last year — and which Moen is announcing again as if it's new, we're not sure why.

Dates for availability weren't provided in Moen's announcement, and although product information pages are live for both, they don't seem to be available yet in Moen's catalog.