They've been rumored for months, and the usual leaks have left little to the imagination, but now the Samsung Galaxy Note10 Lite and S10 Lite are both official. As expected, they're slightly watered-down versions of the South Korean company's flagship phones — one of which features the iconic S Pen — that will retail for less than their fully-fledged siblings.

While Samsung hasn't disclosed which chip is powering the Note10 Lite, its specs suggest an Exynos 8895, which might not be as powerful as the best processors around in 2020, but it'll still be no slouch. The triple camera system features primary, ultra-wide, and telephoto lenses, all with 12MP sensors, and there's a 32MP selfie cam within the punch-hole cutout on the front. 128GB will be the base storage on each model, although it's expandable via microSD up to 1TB, and both 6 and 8GB memory options will be available. 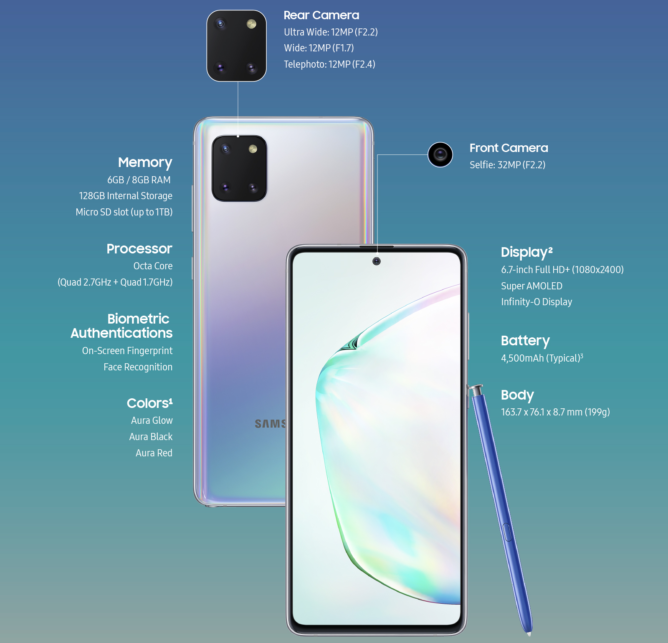 The design is reminiscent of many other current and upcoming flagship phones thanks to the square camera housing, but the Note10 Lite will sport Samsung's shimmering paint job to help it stand out from the crowd. And like its big brothers, the S Pen will tuck neatly away inside for when you need it. Battery life should be decent with a 4,500mAh cell. For $50 more, the S10 Lite has a more modern and powerful chipset (likely to be the Snapdragon 855) but many of the other specifications are the same as the Note10 Lite, including the 6.7-inch FHD+ display. The primary camera sensor is of a much higher resolution (48MP), but the telephoto is curiously replaced by a 5MP macro lens. A new Super Steady OIS feature makes an appearance for the first time on a Samsung device. 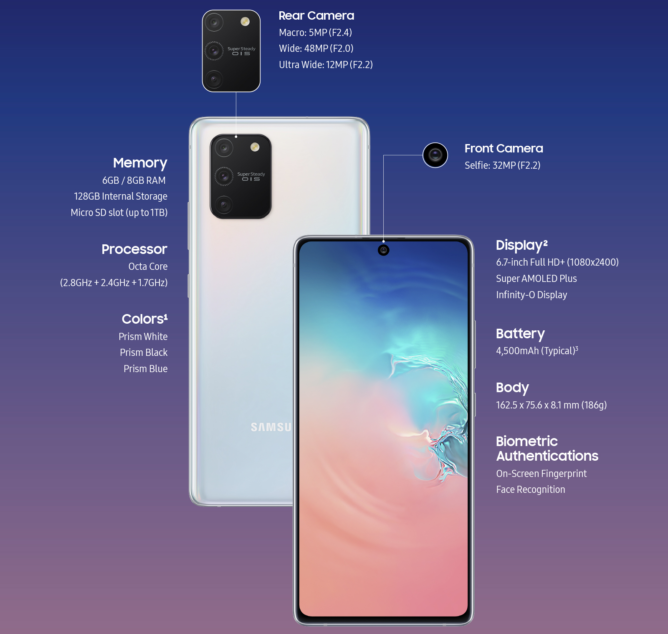 The in-display fingerprint scanner is used in both, likely to be the same ultrasonic sensor Samsung has been using for a while now. While there's no mention of headphone jacks, it was heavily rumored that these phones both have one — we'll have to wait for more images before we can confirm. We don't know the exact release date of either phone just yet, but the Note10 Lite will cost €599 while the S10 Lite will be a little more at €649. They'll likely be made available for purchase at some point in the next month or two.

Triniti Interactive brings its most popular games back to the Play Store, minus all in-app purchases

Pixel 3a, revisited: Android 10 makes this an even better budget phone