GE is bringing AI into your kitchen. Last year GE announced the company's Kitchen Hub, which would give consumers a massive Android powered touchscreen that allowed the home chef to watch Netflix, take video calls, or even take pictures of food while it was cooking. Now, GE has put a microwave behind that massive touchscreen and has integrated new AI technology to assist with your meal prep.

It only makes sense to have the Kitchen Hub double as a microwave, as the device is mounted right above the stove — one of the most common locations for a microwave. Of course, placing an appliance that generates so much heat directly behind a sophisticated electronic device could lead to all sorts of issues, so we'll have to wait and see how reliable this setup really is. 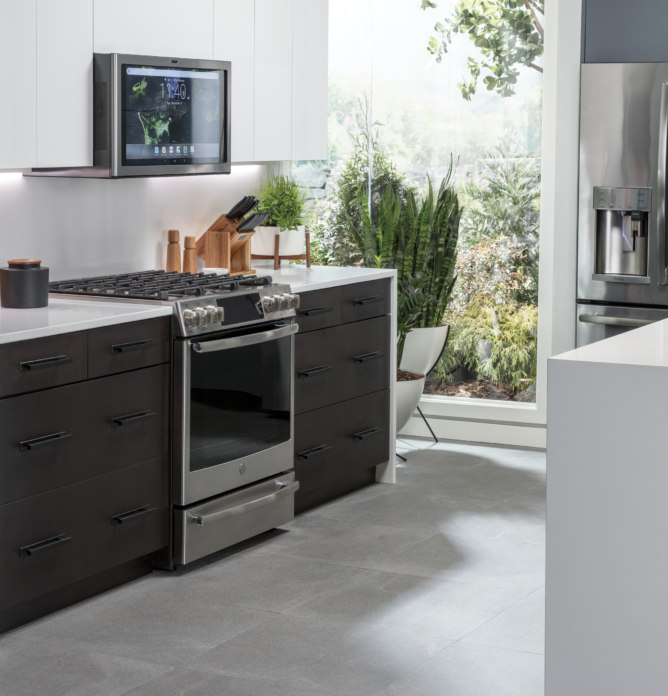 The Kitchen Hub previously hosted a front-facing camera for video calls and a stove-top facing camera to take pictures of your meal. Now, GE has added a camera inside the oven to help determine when your food is done cooking. The new AI doesn't stop there, as it can help decide which meal you should cook based on food available in your home. There's no mention of how this will work other than the camera will detect the ingredients. This will likely occur either through the installation of another camera or through the use of an app on your phone.

The new Kitchen Hub will be available in late 2020, but interested parties can go hands-on during this year's CES.