There are a lot of things to love about the Galaxy Note9, including its beautiful display, outstanding battery life, and more RAM than you could possibly overcome while blitzing through daily tasks. In many ways, it's an even better device than the newest Notes on the market, and now it can be yours for the cheapest price we've seen so far on Amazon. For a limited time, you can pick up a 512GB Galaxy Note9 for only $785.83 ($89.16 off).

This Galaxy Note9 is factory unlocked and will work on both GSM and CDMA networks. It features a huge 6.4" screen that we once called "the best display on any smartphone," a reliable 4,000mAh battery, and the all-powerful S Pen with off-screen gesture support. The Note9 comes in Ocean Blue, Midnight Black, and Lavender, but you'll only find the best price on the blue model. 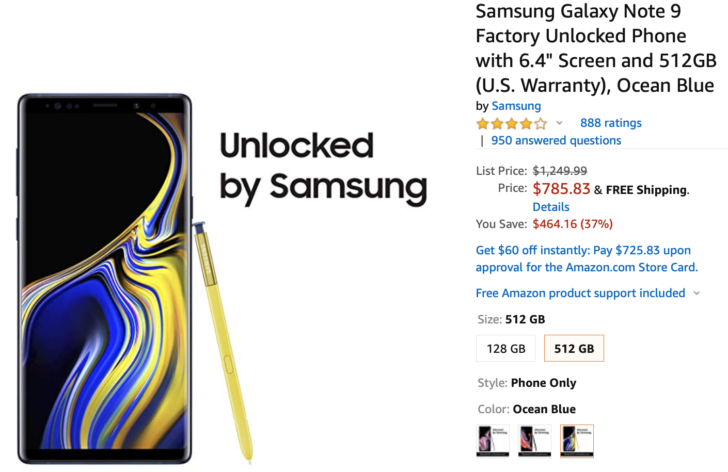 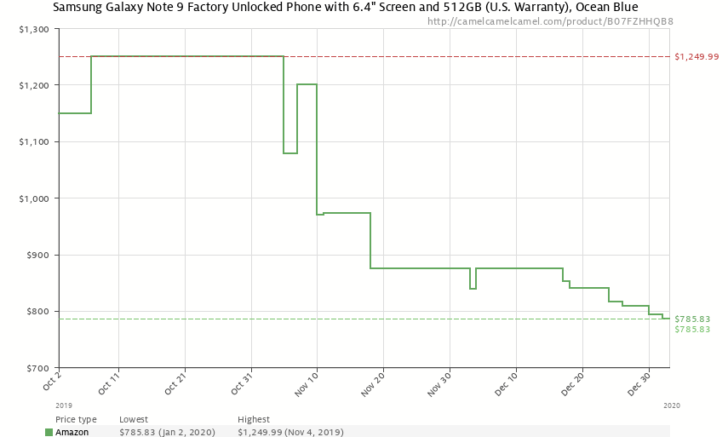 The 512GB Note9 has received multiple price adjustments throughout the last three months. It fell more than $300 in preparation for the holiday shopping season before rebounding slightly after Black Friday and dropping to its current low price. The 128GB version of the Galaxy Note9 is also on sale at Amazon for $734.33, but it was almost $100 cheaper around Black Friday and isn't the best value compared to the higher-gig variant.