Ever since Apple released the AirPods, the market for wireless earbuds and other Bluetooth-equipped headphones has exploded. It comes as no surprise then that US audio specialist Klipsch wants to expand its portfolio of these following the launch of the excellent T5 earbuds last year. The company will introduce revised versions of the T5 with active noise cancellation during CES, as well as a more expensive T10 version and an unnamed over-ear set of ANC headphones. Thanks to a partnership with McLaren, its most expensive earbuds will end up costing as much as a smartphone at $1000. A new soundbar will also deliver some form of Google Assistant support to your living room.

The current Klipsch T5 earbuds already sound great, but they have some problems like an uncomfortable fit and no active noise cancellation. Klipsch wants to change that by launching a quartet of earbuds directed towards different consumer demographics. We'll see a renewed T5 II, a T5 ANC version, a T10, and a T5 Sport at CES.

Both the T5 ANC and the T10 will feature gesture control and "a built-in operating system with embedded artificial intelligence," though details on that software are still sparse. The T10 will be smaller than many other current true wireless earbuds, but that advantage will come at a price: It's supposed to cost $650. If you want to have the T10 in McLaren's orange accents, you'll pay $1000. The T5 ANC earphones will have a better price tag, costing 'only' $300. Both will be released in fall 2020. 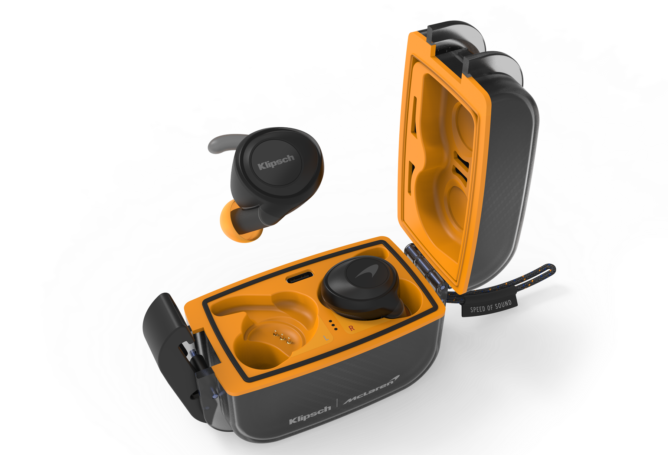 The sport version of the T5 earbuds will come with an IP67 rating and a dust- and water-tight case that'll feature moisture removal. This rugged edition is coming with three sizes of ear wings and will cost you $230. Here, the McLaren customization is only $20 more expensive at $250 — the McLaren surcharge seems pretty arbitrary.

The regular T5 II has been redesigned to be more comfortable and received an improved Bluetooth antenna that supposedly still achieves 24 hours of battery life with the help of its case. It'll set you back $200, and just like the T5 Sport, it's supposed to launch in summer 2020. Both of these T5 variants likely won't ship with the AI OS and the gesture controls. 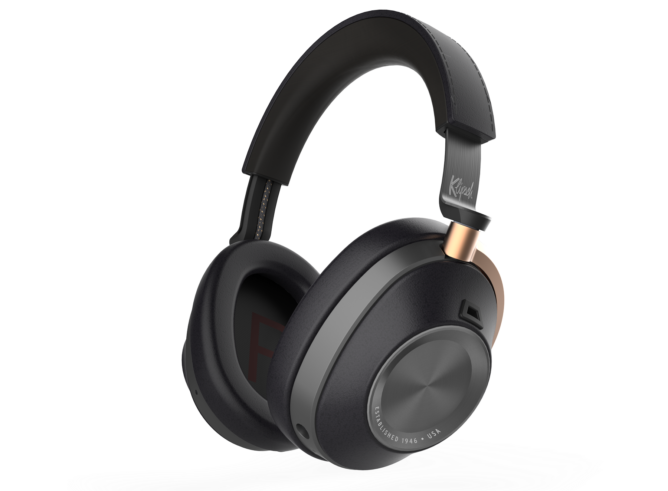 Klipsch will also introduce some over-ear active noise cancelling headphones, though the company doesn't state what exactly they'll be called. The battery should last 30 hours, and thanks to USB-C fast charging, the headphones can give you five hours of battery life after ten minutes of charging. The included FlightCase comes with a USB-C port of its own that you can use to charge the headphones while they're stowed away.

On the audio front, the headphones provide up to 40 decibels of active noise cancellation, but you can activate a transparency mode when you need to hear your environment. In contrast to many competing products, they support all three important audio codexes, SBC, AAC, and aptX HD. The latter in particular is great to hear for us Android users. 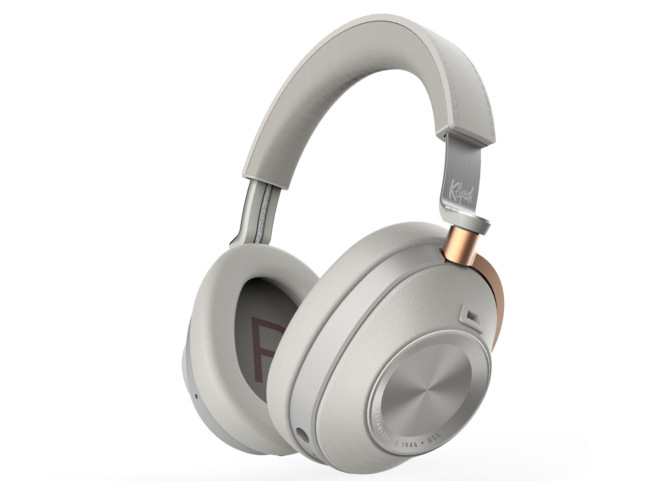 A "dedicated Google Assistant button" will let you access Google's intelligent voice features. However, it's unclear if that means you can hear your notifications and call upon the Assistant quickly or if it's just a tap-and-hold function that works with Assistant or Siri depending on your OS. We're inclined to lean to the former since it's supposed to be a "dedicated button."

The headphones will launch in Fall 2020 for $400, making them more expensive than comparable products from Sony and Bose. The McLaren edition will cost you a premium of $150 over the regular model, going for $550. 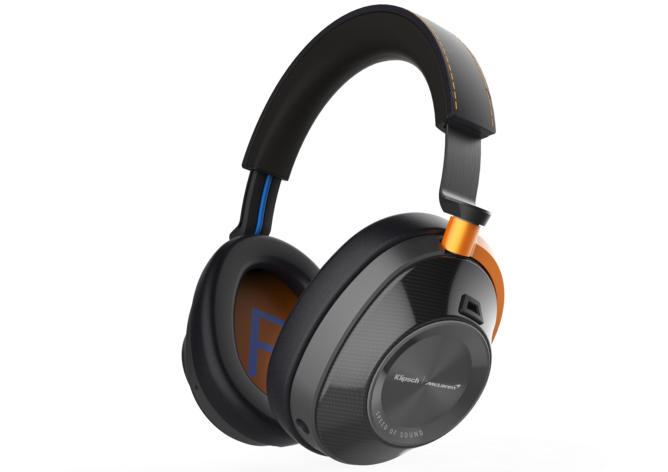 All of the company's personal audio products come with support for the Klipsch Connect app that lets you tweak EQ settings and see how much battery is left. 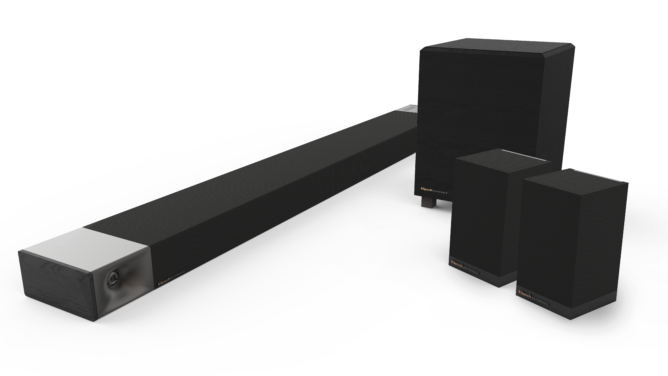 The audio company will additionally launch a new lineup of connected soundbars at CES this year.

Its headlining Bar 54 will have built-in Wi-Fi and support for Alexa, Google Assistant, and AirPlay 2. Due to the apparent lack of a mic, it's likely not a smart speaker, but a streaming device similar to a Chromecast Audio. The 5.1.4 unit with a 12-inch wireless subwoofer will cost $1,500, so even with its support for streaming, it might be hard to justify.

There are also somewhat more budget-friendly soundbars: A new Bar 48 doesn't come with Wi-Fi but gives you a 3.1-channel Dolby Atmos sound and a 10-inch subwoofer for $700. The Bar 44 delivers 3.1-channel audio without Atmos, but you do get Bluetooth support. It'll cost $500. All three soundbars are launching this fall.

We have a lot of great Klipsch products to look forward to in 2020, and hopefully, the competition will also give us comparable but maybe more budget-friendly alternatives.

Chrome OS has stalled out Galaxy Note9 update with One UI 2.0 and Android 10 rolling out (Update: Germany)