Samsung released the Note 10 and Note 10+ a few months ago with predictably high price tags, but there may be a more budget-friendly stylus-equipped phone soon. After a series of leaks, we now have what appear to be photos of the Note 10 Lite. If you were asked to imagine a cheaper Note 10, this is probably what it would look like.

A settings screen in the photos confirms this is the SM-N770F, the leaked model number for the Note 10 Lite. The device has an S Pen, of course —it wouldn't be a Note phone without that. However, the display is flat, which could be a selling point over the more expensive phones. There's also a centered front-facing hole-punch camera like the Note 10 and Note 10+. 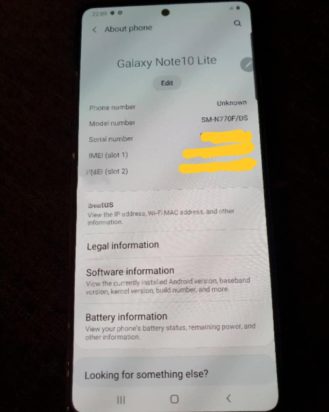 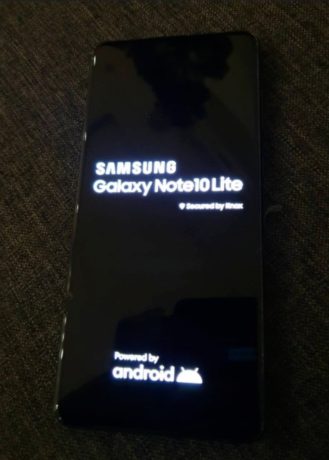 On the back, the leaked phone has a new square camera module as opposed to the vertical arrangement on the flagship Note phones. There are still three cameras, but we don't know the specs. Likewise, the internals are still the subject of rumors. A previous leak did point to the Exynos 9810, the chip from the Note 9 and Galaxy S9. Pricing, full specs, and release date are all still up in the air, but Samsung could announce device this any day now.

A few more pics of the unannounced phone have appeared on Twitter (and it is the same unit, judging by the background). There's not much new to see here, but we do get a better look at the size of the edge of the phone. The buttons are visible on the right edge, and the SIM slot is on the left. This leaker did not edit out the IMEI numbers of serial number, though. Samsung might be able to track down the source after this one.

Klipsch unveils a set of true wireless earbuds that costs $1,000