I was among the first of those lucky folks to receive a CR-48, and I used it as much as humanly possible for almost a year. It was kind of the worst: constant crashes, an insanely slow single-core Intel Atom processor, and questionable build quality would make it clear to anyone that it was very much a product built for dogfooding, not as a replacement for your Windows or Mac notebook. I loved my CR-48 in a very weird, semi-abusive sort of way; I would curse its abominable slowness, slam it shut when it would lose all of my tabs for no apparent reason, lament the mushy keyboard, and just about smack myself in the forehead when I'd run through my monthly 100MB of CDMA data allowance and couldn't find Wi-Fi, rendering the machine useless.

Of course, that was also a very different time. In 2010, Wi-Fi wasn't nearly as ubiquitous as it is today. Tethering was something I would only do under the most urgent of circumstances, given my (rooted) phone's measly data plan allowance. The Chromebook was here, but the world wasn't quite ready for the Chromebook. In 2019, a public space, restaurant, or even a shopping center without free Wi-Fi is basically unconscionable. Tethering using your smartphone is easier and more practical than ever. Connectivity is all around us, and technologies like Bluetooth and mesh networking have made our lives the most wire-free they've been since, well, wires were a thing. We live in a world where the Chromebook, and Chrome OS, should be thriving. But increasingly, it looks like Google's cloud-first laptop platform has hit a dead end, and I'm not sure there are many available detours that can get it back on track.

Apps are not a solution 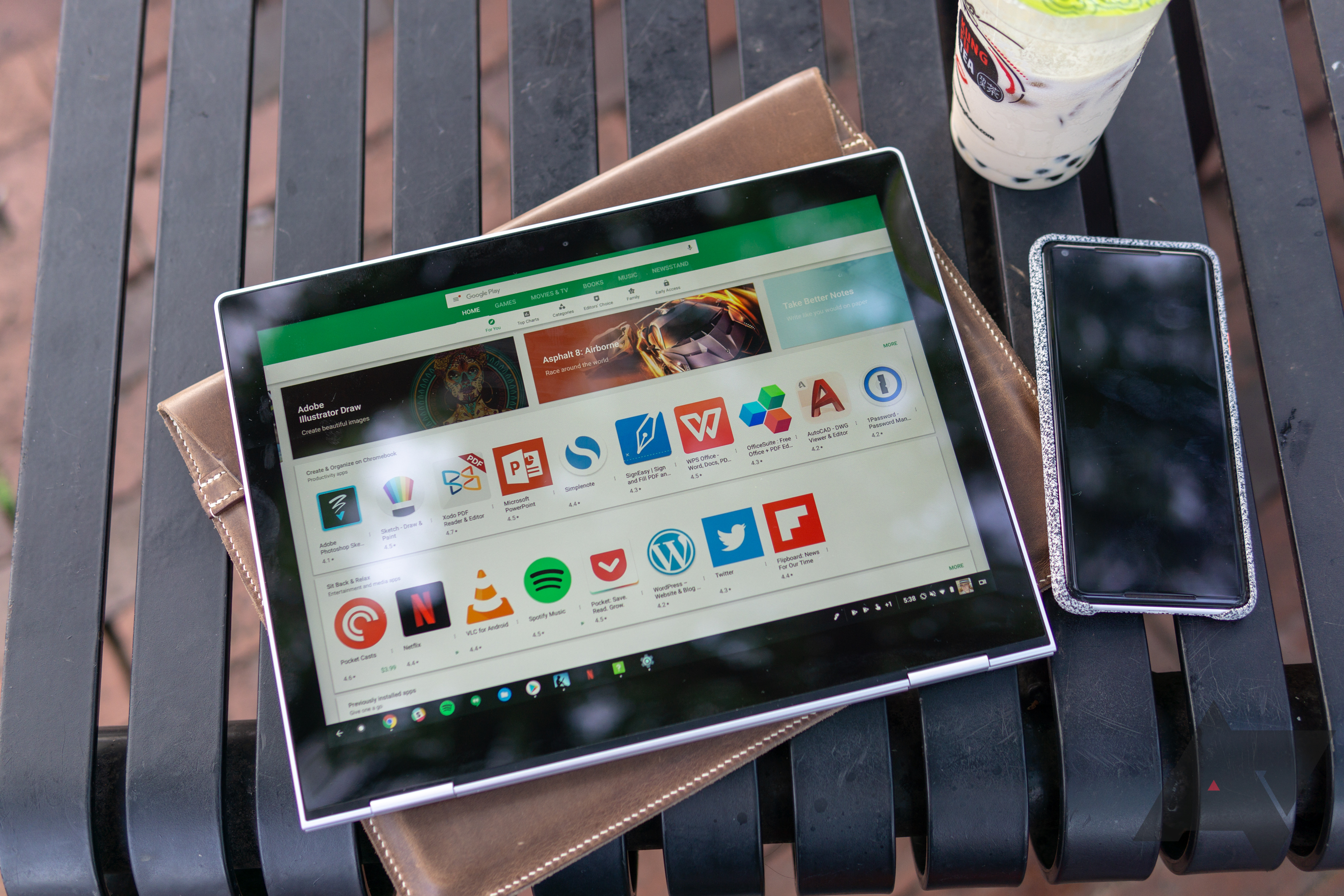 Anyone saying that Android apps on Chrome OS are a good experience is delusional.

Chrome's problems really became apparent to me when Android app compatibility was introduced, around five years ago. (This also isn't the first time we've pointed out that approach's failings, Corbin did so in an editorial last year.) Getting Android apps to run on Chrome OS was simultaneously one of the Chrome team's greatest achievements and one of its worst mistakes. In 2019, two things are more obvious than ever about the Android app situation on Chrome. The first is that the "build it and they will come" mantra never panned out. Developers never created an appreciable number of Android app experiences designed for Chrome (just as they never did for Android tablets). The second is that, quite frankly, Android apps are very bad on Chrome OS. Performance is highly variable, and interface bugs are basically unending because most of those apps were never designed for a point-and-click operating system. Sure, they crash less often than they did in the early days, but anyone saying that Android apps on Chrome OS are a good experience is delusional.

Those apps are also a crutch that Chrome leans on to this day. Chrome OS doesn't have a robust photo editor? Don't worry, you can download an app! Chrome doesn't have native integration with cloud file services like Box, Dropbox, or OneDrive? Just download the app! Chrome doesn't have Microsoft Office? App! But this "solution" has basically become an insult to Chrome's users, forcing them to live inside a half-baked Android environment using apps that were almost exclusively designed for 6" touchscreens, and which exist in a containerized state that effectively firewalls them from much of the Chrome operating system. As a result, file handling is a nightmare, with only a very limited number of folders accessible to those applications, and the task of finding them from inside those apps a labyrinthine exercise no one should have to endure in 2019. This isn't a tenable state of affairs—it's computing barbarism as far as I'm concerned. And yet, I've seen zero evidence that the Chrome team intends to fix it. It's just how it is.

But Android apps, so far as I can tell, are basically the plan for Chrome. Certainly, Linux environment support is great for enthusiasts and developers, but there are very few commonly-used commercial applications available on Linux, with no sign that will change in the near future. It's another dead end. And if you want an even more depressing picture of Chrome's content ecosystem, just look at the pitiable situation with web apps.

Features that never seem to come

A lack of native applications may be Chrome's biggest structural problem in the long term, but in the here and now, the Chrome team has simply failed to innovate in ways that the platform so desperately needs to remain competitive with Windows and Mac OS. 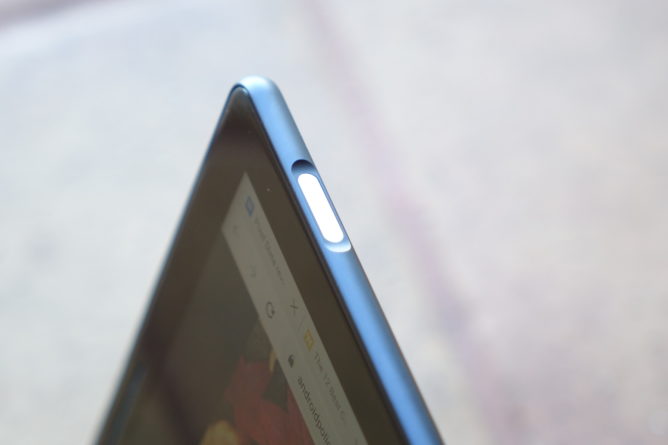 The Pixel Slate remains the only consumer Chrome OS device with biometric support.

Where is biometric support (we got it on the Pixel Slate, but nowhere else)? Desktop customization? Where are LTE Chromebooks? HDR? Phone notification mirroring (really, any meaningful phone integration)? Dual booting (cancelled)? Network-attached storage? A remotely passable file directory? A dark theme (soon, allegedly)? Even rudimentary video or audio editing? The fact is, laptops aren't something everybody has anymore—phones have filled that need for many, many people. Those that are buying laptops are using them much more as tools than they were when Chrome OS debuted 10 years ago. But Chromebooks just aren't very good tools.

Chromebooks are far more easily defined by what they don't do.

And to be sure, some of these things are probably languishing on an internal tracker somewhere at Google, some of them may depend on the support of other companies (Intel, for example), and some of them may depend on the work of other groups at Google (like the Android team). But it doesn't make these omissions any less glaring. As professional laptops from Apple, Microsoft, Lenovo, Dell, and others make obvious, Chromebooks are far more easily defined by what they don't do, because the features that do make Chrome OS unique are of so little consequence in light of its limitations.

I say this even as one of the few people who can do 95% of my job on a Chromebook: that 5%, when you really, really need it, is more than enough reason to avoid a platform entirely. And for many others, it's much more than 5%: it's their entire workflow.

Built for the future—one we never got

Increasingly, I get the sense that Google is largely content with Chrome OS as it sits, and that it serves the US education market well enough that it sees radical changes as unnecessary; it will simply wait for the web to "catch up" to traditional operating systems. 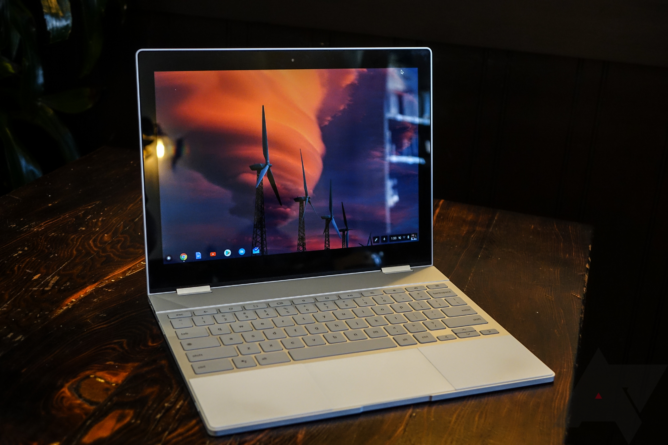 It frustrates me endlessly to see such excellent hardware showcasing a platform that has very much begun to languish.

But with products like the Pixelbook and Pixelbook Go (and the disastrous Pixel Slate), it's clear that Google's hardware team very much wants us to believe that Chrome OS is a real laptop-ready platform right now. And even as someone with all the love in the world for Google's hardware design team (the Pixelbook is truly a wonderfully designed laptop), it frustrates me endlessly to see such excellent hardware showcasing a platform that has very much begun to languish. It's like going through all the trouble of building a beautiful custom home... and then filling it with furniture from Walmart. The failure to fulfill that potential is maddening.

And yes, there are plenty of people out there perfectly happy with their Chromebooks. They make excellent (and often very affordable) couch and bedside web surfers, and they're great as portable displays for streaming whatever's on Netflix. I would never go so far as to say Chromebooks are without function—they have many perfectly valid uses. They are the true spiritual successors to the netbooks of yore.

But as things stand, I don't ever see them becoming more than that. And I don't see the position they've carved out as an invulnerable one: Chrome OS accounts for a mere 6.5% of personal computers in the US, and a far, far smaller proportion globally. Much of that 6.5% is likely the tens of millions of Chromebooks in American schools (Google's growth in that market also seems to be leveling out).

We've all been spun the tale that Chrome is a platform built for computing's future, on the web. I, for one, am tired of waiting for the web to catch up. After 10 years, I think it's safe to say that Google's crystal ball was busted.

Klipsch unveils a set of true wireless earbuds that costs $1,000