Some folks see the Chinese budget brand Realme, a BBK subsidiary and OPPO spin-off, as something of a Xiaomi/Redmi clone — even just the names share more than chance would allow. Whether they are or aren't, true to that badge, they're set to ape one unappreciated feature from those devices: ads built right into the OS. At least you can turn them off if you want to (for now).

The news comes courtesy of an announcement to the Realme community forums, and in true Chinese company fashion, takes the form of a single, massive image embedded just below. 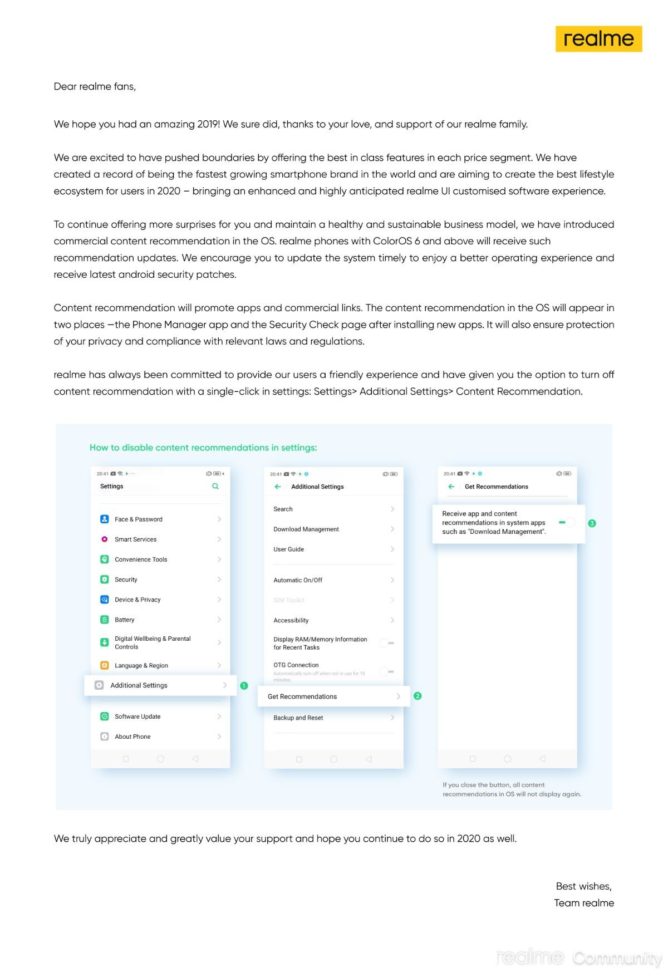 Realme is, no joke, spinning the inclusion of ads as some sort of "surprise" benefit. "To continue offering more surprises (emphasis ours) for you and maintain a healthy and sustainable business model, we have introduced commercial content recommendation in the OS. realme phones with ColorOS 6 and above will receive such recommendation updates." Such promoted content will include advertisements for apps and "commercial links," whatever that means. They'll appear in the Phone Manager app and Security Check page.

If you don't dig having ads integrated directly into your phone's operating system (and I'm not sure how you could), you can turn them off in Settings -> Additional Settings -> Content Recommendation. Realme phones running ColorOS 6 and above are set to pick up these ads, though there's no telling on when they'll start rolling out.