Google announced that it was killing Inbox all the way back in 2018. Though its death would ultimately be delayed until April of 2019, the news still hit hard for those that had grown dependent on the service's many exclusive email-managing tools — especially "bundling," which automatically sorted emails into adaptive categories for easy organization. In 2018, Google said that some of Inbox's features, including bundling, would be coming to Gmail, making our forced migration a little easier. But here we are a mere day from 2020, and Gmail still doesn't have it.

Shortly after Google announced the death of the service, it put together a help document "transition guide" meant to guide Inbox users back into Gmail, explicitly covering alternatives to reproduce some of Inbox's functionality in Gmail. After Gmail picked up email snooze, the three big features it was missing from Inbox were Reminders, Pinning, and Bundles. In the case of Reminders, Google Tasks being directly integrated into the G Suite-omnipresent sidebar served an adequate replacement, even if it didn't appear in-line with your emails. Starring emails is also pretty much equivalent to Pinning. But the only alternatives to Bundles that Google ever presented were Gmail's pre-defined tabbed categories, custom notifications, and filters/labels.

(I should note, Google also killed the transition guide for Inbox to Gmail that we reference here. It now redirects to a general help page, though the Internet Archive's has a backup from late 2018.) 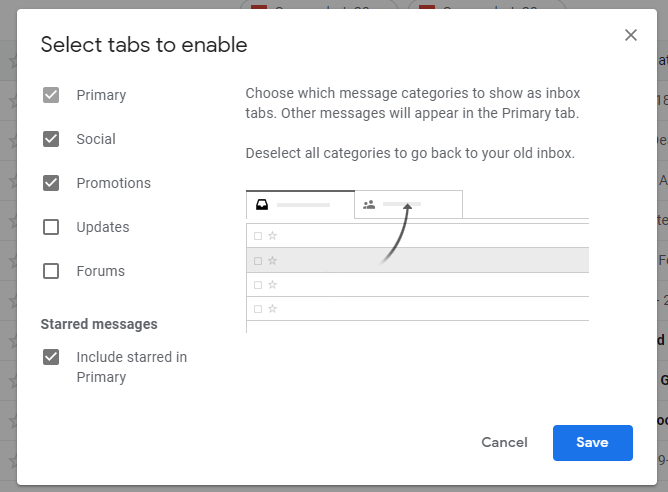 The problem with the alternatives Google presented are three-fold: tabbed categories only allow for up to five groups of pre-defined names, rather than the near-unlimited dynamic bundles in Inbox; filters/labels do allow for unlimited groups, but they require manual setup; and custom notifications for labels also require manual configuration, plus they need to be set up again from scratch on each device you want them on. Gmail's alternatives to bundles are a whole lot more work to manage, and they still don't recreate the full range of functionality.

In short, there's no real replacement for bundles except bundles, and that's probably why Google told The Verge that they would be coming to Gmail back in 2018. Although the feature was spotted being internally tested by Google all the way back in February of 2019, it still hasn't actually materialized for any of us Inbox-missing consumers.

Although Google didn't provide a schedule with its original promise, we've reached out to the company to see if any new timeline might be forthcoming, though no response to our inquiry was provided at the time of publication. In the meantime, former Inbox users are stuck spending extra time to make Gmail's tabs, filters, and notifications work as best we can.

Best Android apps of 2019 for your new phone, tablet, or Chromebook