After years of using mostly stock-Android phones, I bought a Galaxy S10e for myself a few months ago, and I've used it almost every day since that point. While the software experience isn't perfect, Samsung does usually provide options to disable functionality I don't care for. However, there's one software quirk that can't easily be fixed: screenshots are constantly backed up to my Google Photos library.

I'm sure every Samsung phone owner is thinking "welcome to the club" right about now, but for those of you unaware of this absurd behavior, allow me to elaborate. By default, Android stores photos taken with the camera in the 'DCIM' folder (short for Digital Camera IMages) of your device's internal storage. Screenshots are saved in a sub-folder of a completely separate 'Pictures' directory. Makes sense. 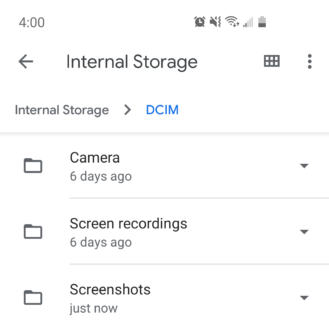 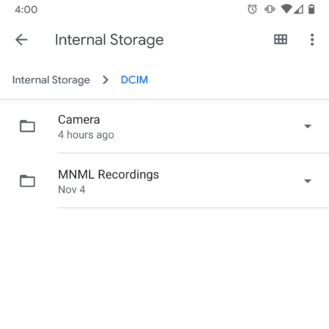 Samsung changes this behavior on its phones and tablets by placing screenshots in a sub-folder of the DCIM directory. My best guess is that this is done to make life easier for iPhone converts, since iOS shows both camera photos and screenshots in the same 'Recents' menu of the Photos app.

This change causes most apps that scan for new photos, including Google Photos, to recognize screenshots as new images. While you can exclude certain folders from Google Photos backups, you can't exclude sub-folders of the DCIM directory. There's also no setting in Samsung phones to change where screenshots are stored. While hacks are available that can mitigate this issue to some extent, like PinSync, the only "fix" that is guaranteed to work is to search for "Screenshots" in Google Photos every once in a while and delete the results.

There have been complaints for years about this.

This is by no means a new problem. There have been complaints for years about screenshots being backed up against the wishes of device owners, but the functionality has remained consistent. Even Samsung's recent One UI overhaul didn't put the Screenshots folder back to the default location.

There could be many potential fixes to this issue. Samsung could add an option to move the Screenshots folder, or perhaps Google Photos could add support for excluding DCIM sub-folders. Ideally, Samsung and Google could work together on a fix, but this is still something that could be done without the participation of both parties.

The holiday season is coming to an end, but I do have a belated Christmas wish: Samsung and Google, please let me exclude screenshots from my Google Photos backups. Please. My library is filled with hundreds of random screenshots I took while writing articles and guides.

The Zolo Liberty true wireless earbuds are only $30 ($50 off) with coupon at Amazon (Update: Dead)