The intel comes from Steve Hemmerstoffer's @OnLeaks and through  Indian retailer/blog 91mobiles. It indicates several design flairs that match up with the Pixel 4's look, but also hints at compromises that keep the phone wallet-friendly, much like the 3a. 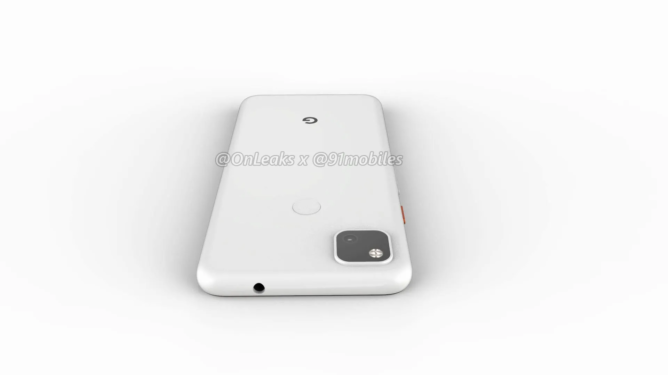 On the back, it's expected that the 4a will stay with a 'matte' unibody material, presumably plastic, a capacitive fingerprint sensor, and a single 12MP camera, though in a stove-like hump that's said to house other sensors as well. Power and volume buttons stay stage left. No SIM tray is visible from these renders. The bottom edge features a USB-C port and speaker grilles while the top keeps the 3.5mm headphone jack in place from last year. 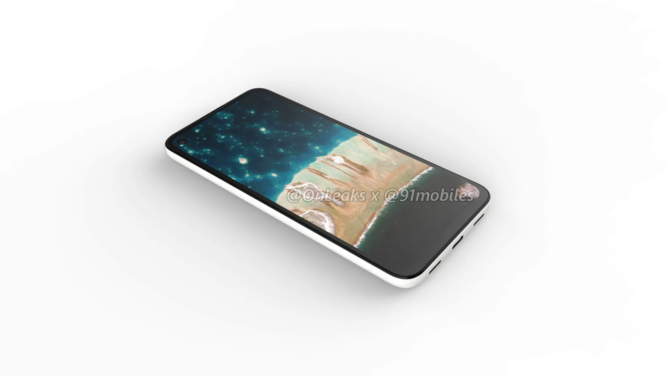 To the front, we're told that the display will take up more space on a smaller chassis to the 3a: maybe a 5.7" or 5.8" screen as opposed to last year's 5.6". Bezels have shrunk down to the point where a thin earpiece remains perched at the very top. Google may opt to pull off a "punch-hole" selfie camera as Samsung has done for its flagship phones in 2019. This design choice, however, makes the implementation of Motion Sense features through Project Soli radars doubtful.

Further details are more speculative. The Pixel 4a should be stocked with at least 4GB of RAM, but may probably go up to 6GB. Internal storage is expected to stubbornly stick at 64GB. We may see either a Snapdragon 730 or a 765 SoC, depending on how Google assesses the state of play for 5G. In addition to black and white, 91mobiles suggests purple and orange are at play for the wild card color.

Google will likely announce the Pixel 4a (and 4a XL) at the next I/O conference, as with many things in life, things may change between now and whenever they debut. The price will be a big point to watch.