Just like the third beta, this new version includes the January Android security patch. Users will also receive fixes for "no service" errors, failed fingerprint authentication in Samsung Pay and Samsung Pass, and crashes when selecting the iris recognition type in the lock screen settings. 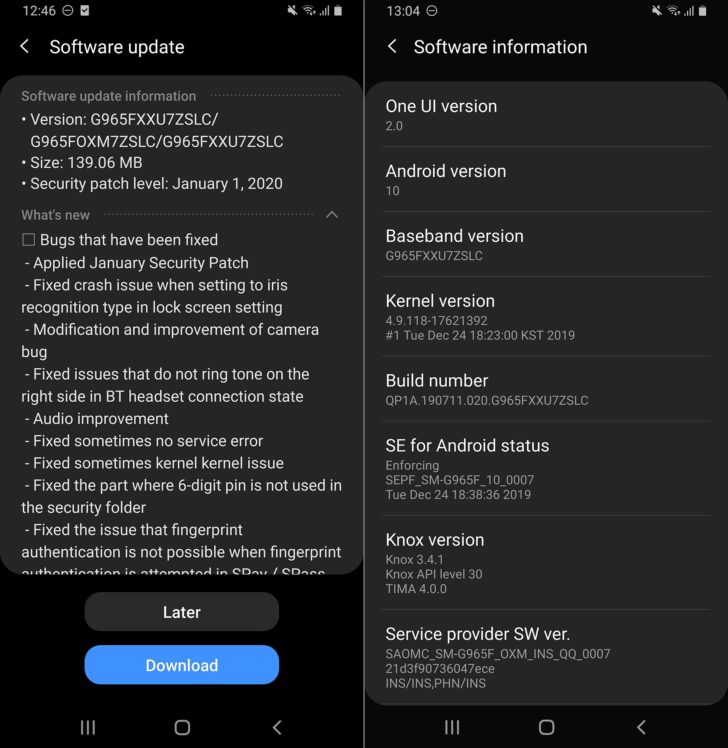 If you're a Galaxy S9/S9+ owner living in India or the UK and you'd like to try out the fourth One UI 2.0 beta, you must first be enrolled in the beta program, which you can join via the Samsung Members app. Then go to your phone's Settings, head on over to the software update menu, and download the latest version of One UI 2.0. After you have the fourth One UI 2.0 beta installed, you'll want to check for a hotfix update that was also released this week. It includes important fixes for the AOD time error and camera entry speed.

Galaxy Note9 owners living in South Korea are also getting treated to a new update this week. The fifth beta of One UI 2.0 is available now for download with India and the UK markets soon to follow. This version includes fixes for fingerprint authentication in Samsung Pay and Samsung Pass, as well as improved quick panel icons in the notification shade.